DJ Drama has announced the release of his upcoming album Quality Street Music.

The LP, which serves as the follow up to last year’s Third Power, has already spawned the single “We In This Bitch” featuring Ludacris, Young Jeezy, T.I. and Future.

Third Power, which released in October 2011, peaked at No. 42 on the Billboard 200 chart. It featured guest appearances from Young Jeezy, B.o.B, Maino, Pusha T and a slew of others.

UPDATE: DJ Drama has revealed that his new album Quality Street Music will release on September 18th. He also said that his new T-Minus-produced record “My Moment” will drop later today (Drama via HHNM). 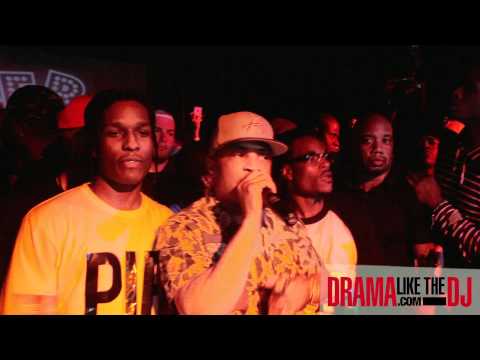 at the yo w/ @kyfinis859 … puttin that final Dram talk game on #qualitystreetmusic.new date… 9/25 UPDATE #5: Spin.com has the full stream of DJ Drama’s Quality Street Music. Head over to Spin.com to hear the LP in full.