The winning formula for Hip Hop artists today looks a little like this: Drop a mixtape, drop part two of said mixtape and then release an album. Artists like Drake, Fabolous, 50 Cent and J. Cole have proven that sometimes you’ve got to feed fans hors d’oeuvres in hopes that they’ll stick around for the main entrée. That’s what Brooklyn bred Maino is anticipating with his latest mixtape, I Am Who I Am: The Album Before the Album

“It was important for me to drop the mixtape now as an appetizer. And it gave me the freedom to speak to the people that I wanted to speak to. I’m talking to the streets,” says the Hustle Hard emcee whose album, The Day After Tomorrow, is due out February 28th. But is a studio release just 30 days after a mixtape too much and too soon? The “Hi Hater” spouter doesn’t seem to think so. “We’re in a time when people want more, more, more. You give them a mixtape today; they’re looking for new music tomorrow.”

Tomorrow was something Maino wasn’t always so sure about. Just three years ago, with a small buzz, a few guest appearances and a 10-year bid under his belt, he released his first album, If Tomorrow Comes….  “At the time I wrote my first album, I was definitely in doubt about my future,” he recalls. “I had this dream about becoming a rapper, but it was in question, coming from the streets and the drama surrounding my life.” Despite the odds, Maino pulled it off.  But while the Bedford Stuyvessant native finds himself in a more hopeful place these days, it’s not a place exempt from challenges. He’s traded in the if’s of making it in the business with the how’s. “It was hell trying to get in. But there’s still a great deal of responsibility and pressure to keep it up,” he says. “To remain creative and always outdo what you’ve established.”

It takes growth, maturity and experience to re-invent yourself. And Maino showcases his ability to do just that with his latest single, “That Could Be Us”

produced by Chris Styles. The super female-friendly track is a new and different look (just like his designer frames) that he actually wears well. Maino’s knack at playing the lover and the fighter speaks to his versatility and more importantly to his growth as an artist. “We all grow; we don’t stay in the same place mentally forever. Especially in music with people watching you,” he says. “I’m not the same dude. Before my first album, I had never been out of the country or experienced different foods and continents. Experience helps broaden a person.”

Certain experiences even make it to wax. The Lil’ Kim-inspired verse on the joint “I Still Love You” from the I Am Who I Am mixtape had the Internet buzzing recently. But Jermaine “Maino” Coleman is confused by the hype. “I don’t think there was anything romantic about the verse. Everyone is omitting the line: I was your brother,” he explains. “The song was written from a perspective of me having a friendship with someone who also helped me with my career,” Maino says. “It was love. You reflect on that regardless of how the relationship soured.”  When pushed about just how far his relationship with Lil’ Kim went, he only provides, “I’ll say this: Sometimes you can damage a relationship when you go to another place.” 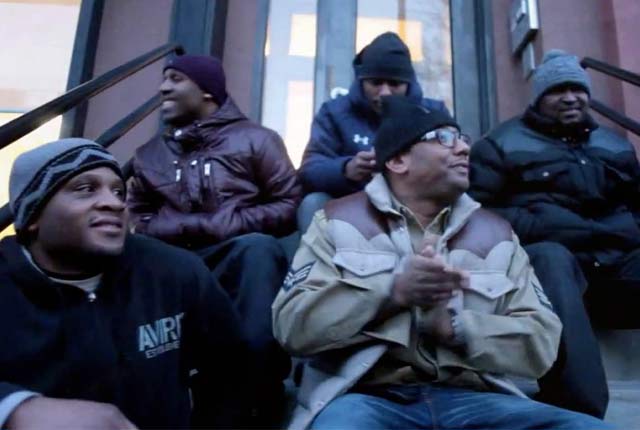 In another place is also where Maino finds himself today. No longer are the days when street credibility determined your position or popularity in Hip Hop. “Just look around, the biggest artists out right now don’t even exude that type of imagery,” he points out. “They’re cool, regular guys who went to college, work at jobs and smoking weed is the closest they’ve come to committing a crime. But at the end of the day,” he says, “It comes down to making good music.” And that’s always been the main ingredient in the winning formula.