RealHipHopDaily recently caught up with Uncle Murda to talk about his latest upcoming project with DJ Green Lantern. During the interview, Murda spoke on fellow Brooklyn rapper Ra Diggs’s recent legal case, in which police arrested him in connection to three murders. Although Murda didn’t speak extensively on Diggs’s case, he did send his support to the incarcerated rapper.

“That’s my boy right there, free my nigga Ra Diggs,” he said.

Murda also spoke on his definition of real Hip Hop. He explained that a rapper doesn’t have to be a gangsta to rap, saying that an artist like Soulja Boy falls under that definition given that his music represents his experiences and resonates with a fanbase.

“[Real Hip Hop is] muthfuckas that’s being real to they self. You ain’t gotta be a gangsta to make muthafuckin’ Hip Hop but that’s just the life I’m into,” he explained. “Real Hip Hop to me is just a muthafucka rapping about the experience they go through in life. Soulja Boy – what he’s doing is real Hip Hop. He’s got muthafuckas buying his records, so he’s making real money. I don’t think he’s getting fake money. Shit, if he’s getting real money, it’s real Hip Hop and he’s got an audience that wants to fuck with this. They support him, he’s got his audience so to him and his audience that’s real Hip Hop.” 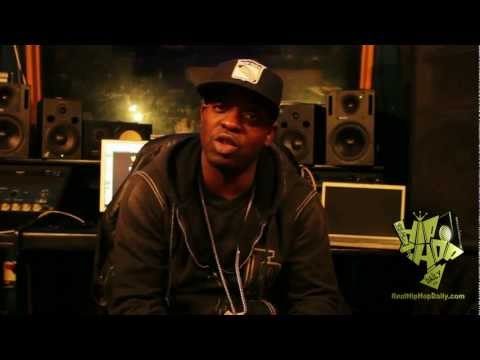