A$AP Rocky an the rest of the A$AP Mob have seen their popularity grow since the 2011 release of Live, Love, A$AP

. One member of the Harlem collective—A$AP Rocky—has already inked a deal with Polo Grounds Music/RCA. The single “Peso” entered Billboard magazine’s Hot R&B/Hip Hop Songs chart last week at the number 98 spot, and has since risen 17 spots to the number 81 position.

The A$AP Mob says a compilation album is still in the works, and in an interview with Montreality.com, they threw around a few tentative titles and dates.

“The compilation album is gonna be coming real soon…in March,” A$AP Yams said. “There’s no name yet, but like I said, Diddy did ‘Last Train To Paris.’ So we’re doing ‘Last Cab To Harlem.’”

A retail version of Live, Love, A$AP will most likely be the first product available in stores. But, according to A$AP Rocky, the crew will still participate.

“I got an album dropping, but they gonna be on it,” A$AP Rocky explained. “So it’s basically an A$AP album.”

In the meantime the crew is embarking on their own North American tour, and they will be added on to dates from Drake’s “Club Paradise” Tour.

Watch the full Montreality interview below. 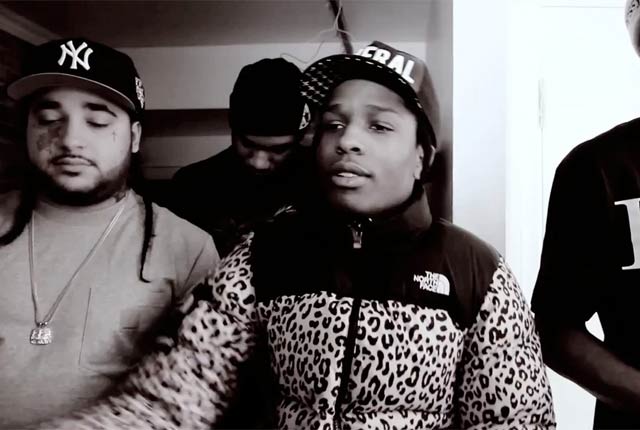