Producer Bangladesh scored one of the biggest hits of his career with Lil Wayne’s “A Milli,”

released in 2008, and claims that it had a rippling effect on the future sound of Hip Hop. During an interview with The FADER, the Atlanta, Georgia-based musician said that the song had a profound impact on mainstream music.

“‘A Milli’ changed the sound of music. After that, every beat on the radio was like ‘A Milli’ snares. You hear that all day long. You still hear it, four years later,” he said.

He also discussed his beat-making process and how he culls sounds from odd places, such as his daughter’s toys or even her voice.

“As far as what was from the last beat, I’m onto new sounds. I get rid of those, I put new sounds in. I just get them from anywhere, really. Whenever I hear it. It could be my kid’s toys. It could be anything. It could be a voice. Like I want to sample my daughter, she be making that sound. It’s something she be doing, I hear a beat. I chop it, and make a beat. I get tired of it once I leave it. I don’t want to hear music. I don’t put CDs in or nothing like that.”

Bangladesh also touched on his influencers, naming Organized Noize and Timbaland as some of his favorite producers from back in the day. “I was influenced by great producers that rubbed off on me. It’s like Kobe watching Jordan. You’re going to be good if you’re inspired to play basketball and you’re watching Jordan, he’s going to inspire you to be better than what you would have been if you’ve never seen him. I think Organized Noize and Timbaland at the time, they were like that to me. I was like a Timbaland head, an Organized fanatic. I love the sounds they used. They changed the game at the time, and that influenced me to be a game-changer and producer.” 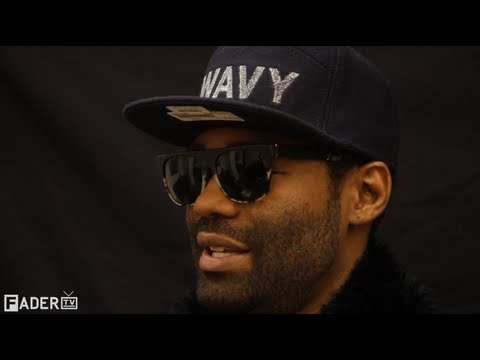