50 Cent Reunites With Lil' Kim In The Studio 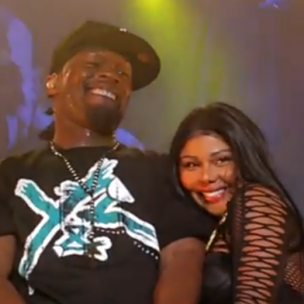 Last night, 50 Cent and Lil’ Kim reunited in the studio with Floyd Mayweather, producer Paris Paige and Kim associate The Prince of Brooklyn.

Though it is unknown if the two recorded a track, Fif and Kim have released only two collaborations in the past. In 2003, the pair linked for “Magic Stick,” initially intended for Get Rich or Die Tryin’ but instead featured on ’03’s La Bella Mafia. After engaging in beef and then reconciling, Kim hopped on G-Unit’s “Wanna Lick”

This past August, 50 and Kim performed “Magic Stick” live for the first time.