It seems like Shyne has a ton of energy right now. Dont worry, it’s not that “I bang and let your fuckin’ brains hang” kind of energy. It’s more like that, 3 a.m., “I want to tell you about my fundraiser and clear up some misinformation in that Time magazine piece…I’m in France” kind of energy. This is a good thing, because energy was what seemed to be lacking from most of the post-prison music we heard from Shyne earlier this year. Ten years in a federal penitentiary has a way of killing one’s comfort and cadence in a recording booth. Actually, ten years in a penitentiary has a way of just killing you, period. And Shyne says he’s thankful to be both alive and mentally stable after his bid…mic skills be damned. He promises that 2012 will offer an improved flow. But right now, he says he’s thinking bigger than music.

On the heels of a Time magazine article that drew mixed reactions based on Shyne’s religious beliefs and opinions on the current state of Hip Hop, Moshe Levy seems like a hard guy to get a read on. Chalk it up to human nature. Yes, Shyne is a changed man. But if you go back and listen to “Bad Boyz,” he didn’t really care for most of the artificial rappers in his field before he went to prison. He no longer calls them, “Andrew Cunanan ass niggas,” but it’s safe to say there’s not much love lost there. As for his spirituality, Shyne can tell you better than we can—so we let him.

HipHopDX: That Time piece seemed pretty flattering. What issues did you have with it?

Shyne: A lot of these mainstream people…I don’t know if they don’t get African Americans or they don’t get rappers. Is it like we’re supposed to be dumb or unintelligent? If you read the piece, it’s so empty. He just took a bunch of words and just threw it on the paper. The facts are all out of place, and it makes me look like a novelty. If you look at all my interviews, I been talking about being Jewish. That was before you even heard about Drake or any of these dudes. I’ve been throwing that Ethiopian Jew thing up…you can go back to the first interview I did with XXL. This ain’t nothing new. When I did my MTV interview, I was Moses Leviy. But they’re making it seem like, “Shyne comes to Jerusalem and becomes religious.”

DX: And this wasn’t something that happened upon your release…

Shyne: I was in the pen for ten years, being an Orthodox Jew along with everything else. I was going into the yard, working out…hitting the bars and watching BET. All of that was a part of what I was doing. I’m not one of these dudes that went to Israel and all of a sudden I’m born again. I was still making music.

If you look at Rakim, Poor Righteous Teachers—religion has always influenced Hip Hop. Dudes have always taken their beliefs and made that a part of what they were talking about. The fact that we live in this plastic, capitalistic Rap world now where dudes are talking about nothing might make that strange to the mainstream media. But really, what’s so strange about a dude saying he believes in God?

DX: Even people that don’t subscribe to organized religion believe in something. So how much of this comes down to people just wanting to put labels on things?

Shyne: Right. That’s what it’s all about, and that’s what I said in the interview. At the end of the day, I said it don’t really matter what a rabbi teaches you or how much Torah you know. It’s about what you do with it. Ergo, I’m doing the fundraiser to try and build a music education resource center in Belize.

Shyne Reveals His Plans For Returning To The United States

DX: That announcement kind of went under the radar. I saw the video you put out, and you’re doing Let’s Fill This Town With Musicians through your King David Foundation and Oleh! Records?

Shyne: That’s why I’m trying to come back to America and go to Southside Chicago, Southside Queens or Brooklyn and try to pick my little potnas up and get them out of that mindset of thinking they have to kill or end up dead or in jail. I want to see them be Professor Ogeltree or Professor Dershowitz. I wanna see my little dudes survive, man. These little dudes need opportunities. When you see all that thuggin’ and bangin’, it gets to a point where it’s like, “Enough!” There’s always going to be certain people that do that, but now it just seems like everyone is trying to do that. And there’s just so much more to life. 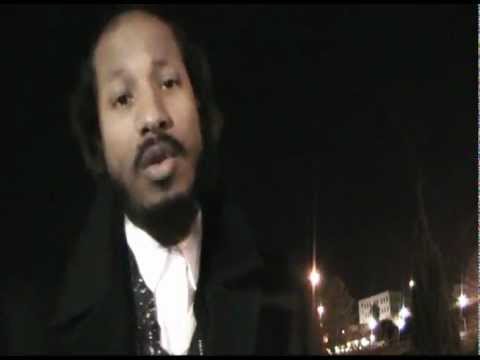 I know for some people that’s all they know how to do. But I’m trying to create an opportunity, and that’s what it’s really about. Religion is what you’re supposed to do to find your way. But at the end of the day, where are you going? I’m not just going to the synagogue. I’m not just going to pray. What am I going to do after that? What I’m going to do after that is make this music, go around the world, and talk about who I am. And then I can use whatever resources I have for the benefit of my little brothers. My little brother is still in Brooklyn right now with a gun in his waist ready to murk something. And I want more for him than that. I want to give him the opportunity to get a diploma, be a doctor, a lawyer, or even a garbage man if that’s what he decides. Jail and death aren’t his only options.

DX: Every interview you’ve done has focused a lot on the religion, though. And they’re specifically talking about the clothes and the hair.

Shyne: So what if I don’t wanna dress like the rest of these dudes. I don’t want to wear tight jeans. What’s wrong with that? Why can’t I just be what I’m on? They were talking about me and my pops being estranged, but me and my pops reconciled years ago. Then they said I converted, but I didn’t convert. My mother’s a Jew and my father’s a Jew. In the interview, I said, “European Jews aren’t the only Jews.” But he didn’t really go into it in detail. The point I was trying to make, is that this is not a novelty. Some people think European Jews are the only Jews, but that’s so not the case. They came after the fact. Judaism started in Africa…in what is now called the Middle East. Egypt, Israel and all that is Africa. They can call it Egypt all they want, but Egypt is Africa, man. Ethiopia is Africa, and Jews went to Africa.

So to me, growing up, I always knew I was Jewish. I might not be a European Jew, and again, I have nothing against European Jews. Some of the best and brightest rabbis come from Europe. Some of the biggest rabbis also come from Latin America, Iraq and India. I sure some people would be surprised to hear that. I was blown away when I came to Israel and saw dudes from Syria, Yemen and other places.

DX: So part of it is heritage versus the actual theology?

Shyne: I’m on my Malcolm X thing right now. The same way he was trying to turn pimps and pushers into real men, that’s what I’m on right now. I’m going that way. If I want to wear a suit or whatever, I’m not trippin’. Clothes don’t make me. If I want to wear my long locks…Bob Marley had long locks. If I have locks like King David or King Solomon, I can still do a song with Wayne. He’s into what he’s into, and I’m into what I’m into…

DX: I walk away from this conversation thinking that whatever religion you subscribed to is more of a means to an end than a destination. You just happened to identify with Judaism?

Shyne: This is not a religion thing. On one of my songs, I said, “I got my Rays on / Smoking that Pay-Tron / It’s King David son / Not Reverend Mason…” I don’t know if dudes are thinking I’m born again so now I denounce Rap or I denounce the world. I’m not trippin’ off none of that. I respect everybody and where everybody is at, but also I respect where I’m at. I’m just being myself, and the bottom line is I’ll work with anybody that’s a person of integrity. I’m down with anybody that’s honest and about giving back—I’m with that. Let’s do it. It ain’t about me being an African Jew. It ain’t about me being Hasidic. It’s about me being a man that’s about his people. And a lot of these people are suffering in Brooklyn, Belize, Somalia, Ethiopia and all these places around the world. But I’m with any man helping [to end] that.

I’m not denouncing Rap, but I honestly don’t listen to a lot of it. My life is too real to listen to that. I can’t really listen to a dude talk about all this gun toting and this dope that he’s selling. But there’s a lot of talented artists out there. I like this A.S.A.P. kid. He’s funky with it, and he’s got a line [on “Wassup”] that says, “I ain’t talkin’ about no money / I ain’t talkin’ about no cars / I ain’t talkin’ bout no diamonds ‘cause that shit is a façade…” I’m feeling that. There’s a lot of artists out there making good music, but again, I can’t get into too much of it.