DJ Whoo Kid caught up with 50 Cent earlier this week to discuss the release of his latest mixtape The Big 10. During the interview, Fif explained that he approached the project in more of an album frame of mind than that of a mixtape. He said that each song is a wholly original piece of work, and that he’d eventually like to buy the rights to them for future use in his films.

…it was music that I could have cleared everything on it. This tape [The Big 10] is the same. I’m gonna buy up all the [rights to the] tracks, because I don’t want them to just be out there, and I’ll probably use them them, place them in different films and such.”

Fiddy also discussed his decade-old debut mixtape 50 Cent Is The Future and how the project came to revolutionize Hip Hop. He said that prior to dropping the project, most mixtapes were actual mixes of a variety of artists done by a DJ. Yet according to Fif, an encounter with a bootlegger selling 50 a mixtape of his own material prompted him to produce his own mixtape instead of relying on a DJ.

“Before 50 Cent Is The Future existed, what they call a mixtape now didn’t exist. A mixtape prior to that was sending sixteen bars over to [a DJ] for [his] tape,” he explained. “At that point, [with] 50 Cent Is The Future, what happened was…I saw a bootlegger, an African dude was at the corner [selling mixtapes]. When I went there, I said, ‘What you got?’ He said, ‘Look, I got new…see? 50 Cent.’ He was selling it to me based on me, but I didn’t have any photographs any pictures or anything out there, so I said, ‘I’m gonna make my own tape.'” 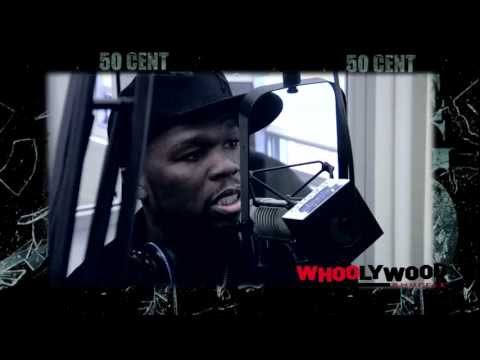