In an interview with True Stories Radio, Bun B responded to the Slaughterhouse statement that if the group could choose a southern emcee to join the team as the fifth member, it would be him.

“[They’re] some of the greatest lyricists we got in the game right now,” Bun praised. “Really having all four of those cats together–with them and Yela[wolf]–they got a mean lineup over there at Shady Records. I respect those dudes, I respect their grind, I respect their hustle, and I respect their talent. If I could get down with a league of gentlemen like that, then I wouldn’t be mad at all.”

He’s worked on a few tracks with the group before, but when asked if he’d be down to feature on an entire Slaughterhouse album he replied, “I wouldn’t be mad at that.”

He also spoke candidly about his feelings on the Penn State child sex abuse scandal, which resulted in the firing of legendary coach Joe Paterno and a question mark held over the program’s upcoming season.

“We gotta protect kids at all costs,” he said. “Penn State got a big game against Nebraska this weekend, but who gives a fuck, man? They over there letting niggas touch kids. So at the end of the day I respect Joe Paterno and his legacy. I respect Penn State and everything that they have done and their national championship. But what I don’t and never could respect is niggas letting children be out there…Kids can’t protect themselves. A 10-year old kid can’t fight a grown man if he tried to sexually abuse him.” 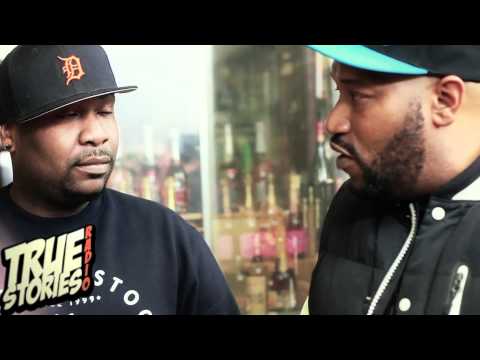