Freeway recently stopped by Superstar Radio to discuss his potential label deal with Young Jeezy’s CTE Records and his relationships with Dame Dash and Jay-Z. As an independent artist, Free says he wouldn’t rule out signing with the Snowman but nothing has been set in stone.

As for his relationship with Dame Dash, the Philadelphia, Pennsylvania native says he doesn’t believe the recent rumors that he’s broke and that he hasn’t talked with him in several months.

“I don’t really know man, I haven’t talked to him. The last time I talked to him, I probably talked to him months ago. I don’t even remember if it was months ago. He was like, man, I’m cool,” he said. “I’ll tell you one thing about Dame. He was like the main nigga telling us, ‘Make sure you pay y’all taxes and make sure y’all do this and do that.’

“I don’t know, man,” he continued. “I don’t see how you could go from Dame Dash to bootlegging liquor, because Dame had bread. So I don’t believe that shit.”

Free also touched on his friendship with Jay-Z, claiming the two have recently spoken and that a potential collaboration could be in the works.

“Yeah, I talked to Jay. Hopefully. If not this album, maybe the next one. I didn’t talk to him since then. I probably talked to him when the album came out.” 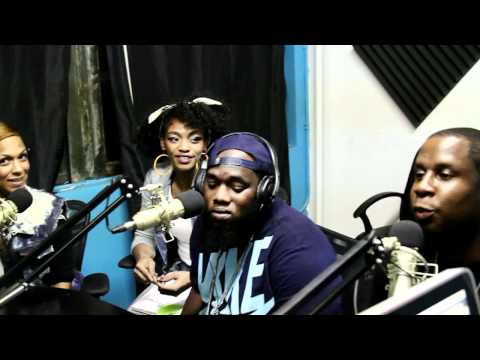