Dr. Dre stayed out of his beef with 50 Cent, but Game recently explained how their reconciliation came to be. Speaking with Hard Knock TV, the Compton, California native said that Dre reached out to him for help on Detox after keeping in touch over the years.

“The reason we didn’t connect musically throughout is because he didn’t want to get between that whole me and 50 beef, and I understood. He had his trials and tribulations in his career, and I didn’t think he should jump in mines or be a part of that, and if he didn’t want to, I didn’t care,” he explained. “So he called one day and was like, ‘Yo, you wanna work?’ I was like ‘Yeah.’ He’s like, ‘Come down, I need some help.’ So I came down, we had a conversation. He asked me if I needed anything from him, and I was like, nah, I don’t really need anything. And I told him I was there for whatever he needed for Detox, and I started going in.”

He also spoke on his relationship with Kendrick Lamar, who appears on his chart-topping The R.E.D. Album. Game explained that their friendship goes way back, and that K. Dot is heavily featured on Detox.

“Before Kendrick Lamar was Kendrick Lamar, he was K. Dot and he ran with me. I took him and Jay Rock on a tour with me and Snoop, way long time ago, and so I always told K. Dot to stay focused and he would get his day, and he did. It’s almost his time. He all over Detox.” 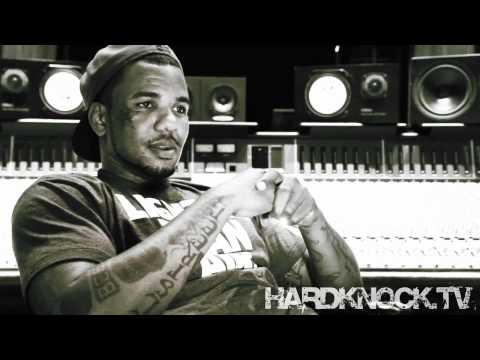