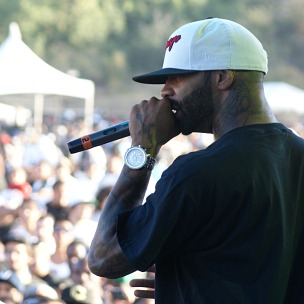 “This will be the biggest production that Rock the Bells has ever put on. I guarantee that.” When Guerilla Union president Chang Weisberg announced the Rock the Bells lineup they had planned for 2011 back in May in this manner, fans were forewarned about the production value going up for this year’s festival. Those in attendance at the kickoff Rock the Bells show in San Bernardino, California this past Saturday found that he was being sincere.

In a welcome return to the San Manuel Amphitheater, the festival lived up to the bar they set for themselves in past years. Newcomers and veterans took stages with fans of old and new rocking along to it all. The afternoon saw its fair share of excitement and drama, with Mac Miller bringing Pittsburgh to California and Curren$y unfortunately breaking his leg during his performance (he would be carried out of the venue by two associates). 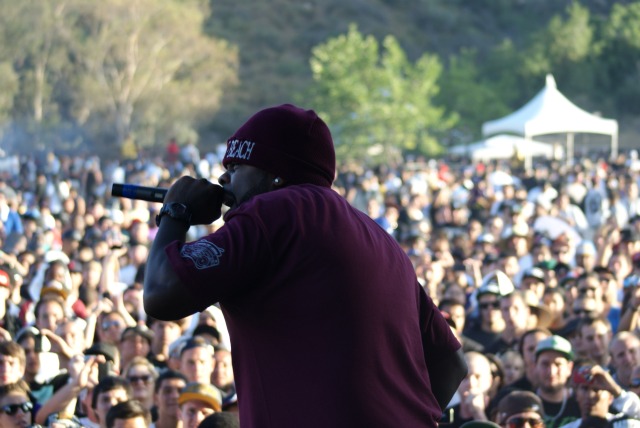 In between both acts, Slaughterhouse took the stage without Royce Da 5’9 (who couldn’t attend due to a conflicting performance with Eminem at this year’s V Festival). Nevertheless, Slaughterhouse moved on with their set and represented for Royce, keeping the Detroit shout alive as part of their homages to their hometowns. During the set, Ron Artest, also now known as Metta World Peace, surprised fans in attendance. He joined the group for quick greetings and a salute to the crowd before retreating and allowing the Slaughter set to continue, as Crooked proudly said, “He’s a [Los Angeles] Laker.” 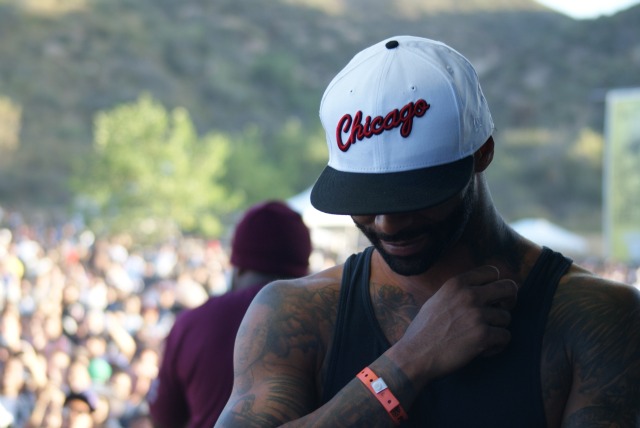 Artest later took his show to the neighboring stage to join Prodigy and Havoc of Mobb Deep as they began to perform their Infamous album set. Breaking for an intermission (not to be confused with Prodigy’s skit on the album), the group also welcomed Artest on stage, exchanged daps and hugs and went on with their set, one that allowed fans to revisit their 1995 album. Bringing the 41st side to San Bernardino, the Mobb duo performed crowd favorites “Temperature’s Rising,” and “Shook Ones Pt. II.” 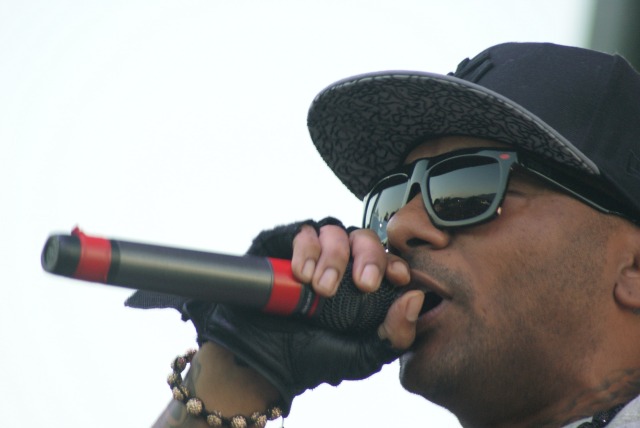 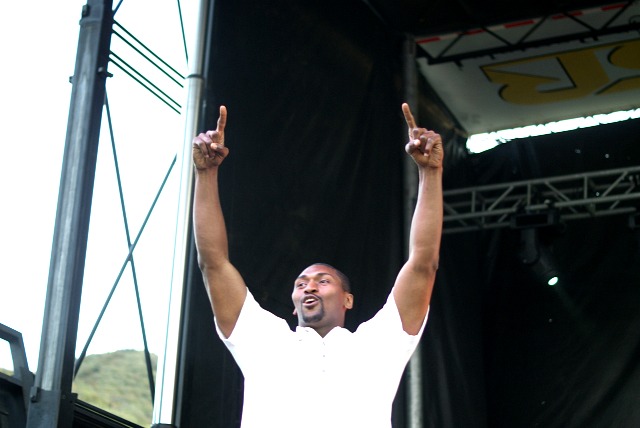 As the evening darkness cooled off the San Bernardino crowd, the stage was covered as preparation began for Nas’ Illmatic set. Once Nas was ready to begin, the backdrop was unveiled, a stage that was made to look like Queensbridge’s housing projects. The project buildings adorned the sides, with a Queensbridge sign taking center stage. DJ Premier acted as Nas’ deejay for the evening and baby pictures flashed above him, a sign of respect for the album cover that features Nas as a young child. During the set, images flashed of young Pete Rock, a young AZ and young DJ Premier. Pete Rock (in a “T.R.O.Y.” shirt) and Premier (in an Illmatic shirt) took time before “Halftime” to perform a “battle” of sorts, dropping needles on some of their greatest hits. During “Memory Lane,” Nas also brought out Ron Artest, who made his third appearance of the day. Later, Jungle, Havoc and Prodigy also joined the stage, creating a QB party vibe for Bravehearts to be proud of. After completing Illmatic, Nas continued to perform other cuts as more folks joined the stage, including Erykah Badu, who appeared after her set. Ending it all with 2002’s “Made You Look,” Nas went acapella with Badu by his side, complimenting her with the lyrics to the track (“I like a little sassiness, a lot of class”) as she danced to his flow. 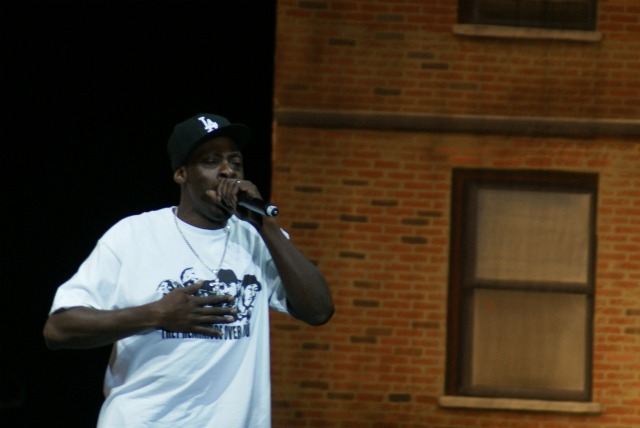 Ms. Lauryn Hill followed Nas with The Miseducation of Lauryn Hill. Her set turned the stage into a classroom, with a large bookshelf adorning the back, a chalk board on the side and a map of Africa on the other. Going through her Grammy award-winning debut solo effort, Ms. Hill made sure her vision was executed. On occasion, she would look frustrated with her band, stopping to correct errors and then restarting the song. Much like her set at L.A. Rising, some of the songs off the album almost sounded unfamiliar, with rushed delivery and changes to the music. Nevertheless, many fans sang along to untouched renditions, reminiscing about what made her 1998 album so influential as images flashed above her, complimenting each track accordingly. 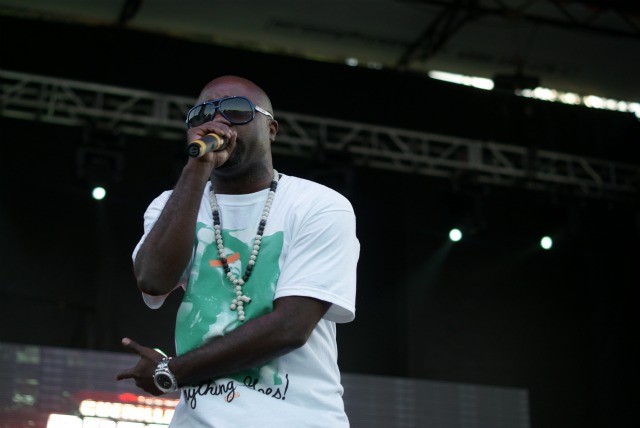 Of course, as with any Rock the Bells show, several other noteworthy performers took the stage. Blu, Exile, and Fashawn joined forces to shine for the newcomers out of the West while vets from the W also repped in the form of Cypress Hill (who performed Black Sunday) and Souls of Mischief (who performed ’93 Til Infinity). Shaolin was also present with GZA performing Liquid Swordz and Raekwon & Ghostface doing Only Built 4 Cuban Linx. 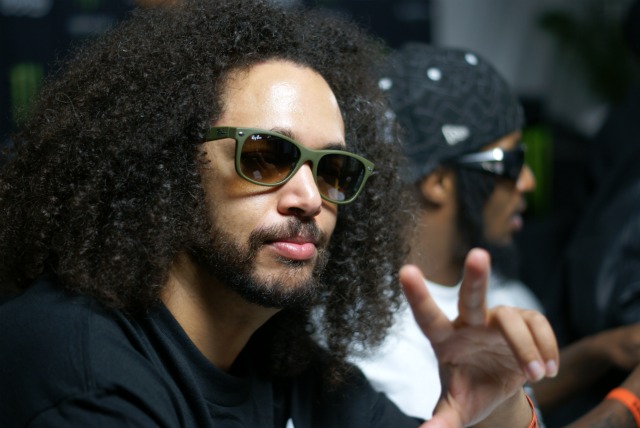 The excitement of the show usually leaves fans wondering what can top the present year’s lineup. As it stands, Rock the Bells still has several dates to complete, including shows in San Francisco, New York and Boston. However, fans shouldn’t hold in their guesses for what’s to come. After all, when Chang Weisberg spoke with HipHopDX earlier this year, he also let us know that Dr. Dre, Outkast, and Jay-Z are artists he’s been reaching out to.

“I’m still working on it,” he told us in May. “Everybody knows I’m working on it. I would love to put an ad out, a big takeover campaign on HipHopDX that reads, ‘Rock the Bells Wants Dr. Dre! We Want OutKast!’ They know it. I’ve talked about it every year. I hope that Rock the Bells is around long enough to realize what everybody wants. I hope they also appreciate what they’re given this year. I can guarantee this: you will never see what you’re about to see this summer again.” 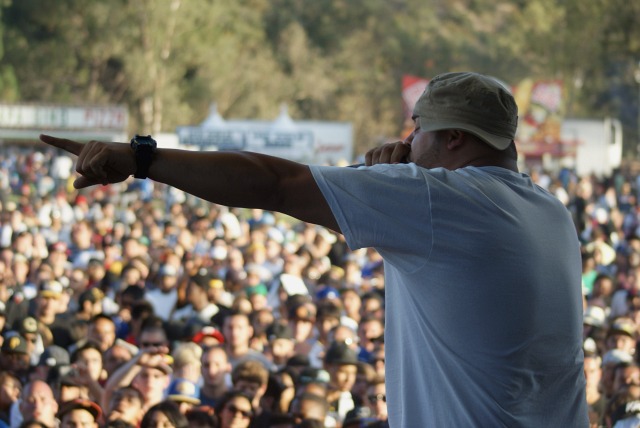 Photography By: Andres Vasquez for HipHopDX

RELATED: Rock the Bells Would Like Dr. Dre, Outkast, Jay-Z & Others