Will Smith Currently Working On A Comeback Album With his last studio album Lost and Found dropping in 2005, Will Smith is ready to pick back up the mic. According to 1500 or Nothin’s Mars, the Fresh Prince is currently at work on his comeback album, which he mentioned while running down a list of his production team’s upcoming projects.

As a solo artist, Smith released four albums, beginning with his nine-times-platinum 1997 debut Big Willie Style. Willenium followed in 1999, crossing the double-platinum threshold, while Born to Reign only achieved gold certification following its 2002 release. Lost and Found, also certified gold, was released in 2005. 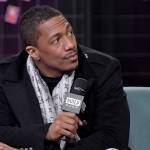 The Power 106 personality calls this a "teachable moment."