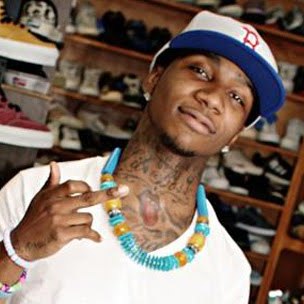 Lil B recently sent shockwaves through the hip-hop community with the announcement of his upcoming album I’m Gay, but he promises that the final product will change the game. Speaking with Gowhere Hip Hop, the Based God explained that the LP will encourage listeners to expand their minds.

“Really, the album is going to be revolutionary,” he said. “It’s going to be something that’s like going to change the world. It’s going to spark the minds of people. That’s what I wanted to do, really break down some barriers and let people live life.”

The Pack member also touched on his upcoming projects with Lupe Fiasco and Jay Electronica, explaining that the latter will be recorded shortly.

“Me and Lupe, we coming out with something. But me and Jay Electronica, we’re dropping a project. We’re just going to get in that studio and knock it out. He’s here for a living. He’s someone that’s deeper than rap. I think there will be a lot of questions answered on there, on that project. There’s going to be some stuff that’s coming in real soon. Shouts out to Gucci Mane.”

UPDATE: Lil B has unexpectedly released I’m Gay (I’m Happy) to iTunes. Check the tracklist below.

UPDATE #2: Lil B is giving away his latest album for free to Twitter followers, explaining that “if you don’t have 10 dollers [sic] to buy my new project here it goes for free.”

http://www.mediafire.com/?o4z4ebht1gettlh CUZ I LOVE YOU IF YOU DONT HAVE 10 DOLLERS TO BUY MY NEW PROJECT HERE IT GOES FOR FREE- Lil Bless than a minute ago via web Favorite Retweet ReplyLil B From The Pack
LILBTHEBASEDGOD