Freddie Gibbs is getting help from an all-star roster on his upcoming mixtape A Cold Day in Hell. The project, dropping June 14th, is set to feature guest appearances from Young Jeezy, Freeway, Bun B, Juicy J, Alley Boy, Sly Polaroid, Slick Pulla and 211 for the follow-up to last year’s Str8 Killa, No Filla mixtape.

Additionally, the Gary, Indiana rapper has a strong roster on the production tip. The tape is slated to feature beats from Big K.R.I.T., Alchemist, J.U.S.T.I.C.E. League, K-Salaam & Beatnick, Mexicans With Guns, The Olympicks, Lil’ Lody and Burn One.

A Cold Day in Hell marks his first release since signing to Jeezy’s CTE Records. In addition to dropping his tape next month, Gibbs is working on a secret album as well as his debut album Baby-Faced Killa, due either at the end of 2011 or top of next year.

UPDATE: In the wake of its delay, Gangsta Gibbs releases a trailer to ramp up the buzz for his new mixtape A Cold Day in Hell, dropping in July.

UPDATE #2: Freddie Gibbs has released the cover art for his upcoming project A Cold Day in Hell, set for release on October 31st. 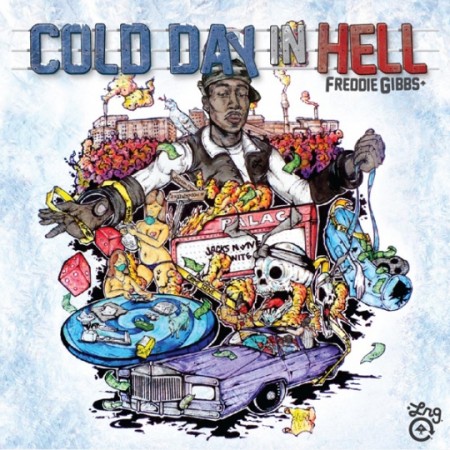 UPDATE #3: The tracklist for Cold Day in Hell has been revealed (via FSD).