Bun B To Teach Course At Rice University

Veteran rapper Bun B revealed to XXL magazine on Monday that he will be teaching a course at Rice University in Houston, Texas. The class is registered as a Hip Hop and religion course and will begin next spring. Bun B spoke on looking forward to office hours, keeping track of attendance, and of course the matter of students taking the class solely to slip their demos into his hands.

“If they’re coming into the course specifically to give me a demo…that’s a wrap on the first day,” he said. Although he expressed that he was wary about that potential issue, he did share one idea that could act as an incentive for students who wish to take the class.

In addition to teaching the course at Rice, Bun B’s third solo album Trill O.G. is scheduled to released on August 3. (June 22)

UPDATE: The UGK rapper has provided fans with a glimpse of his school ID, confirming that the course is soon to be underway.

This photo was provided by Bun: 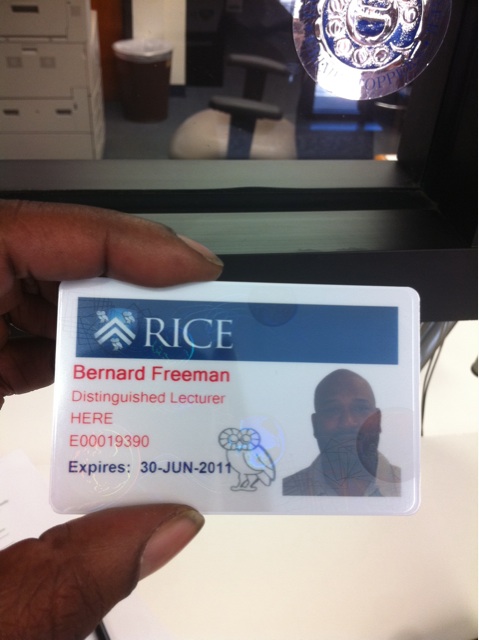