The Roots Enlist John Legend, Others For "How I Got Over" 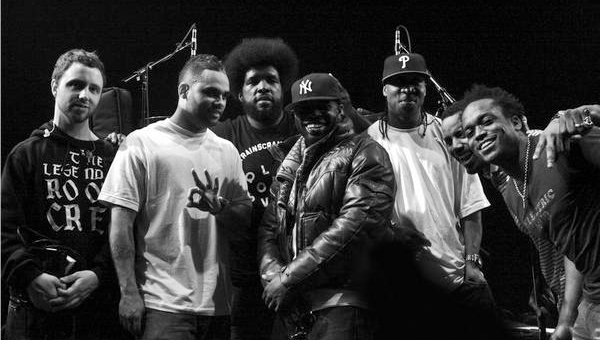 Philadelphia Hip Hop outfit The Roots have recruited John Legend and My Morning Jacket frontman Jim James for their upcoming album, How I Got Over.

According to Billboard, the album will also feature a track that samples Joanna Newsom’s “Book of Right-On,” a track featured on her 2004 release The Milk-Eyed Mender.

Jim James is set to appear on a remake of Monsters of Folk’s “Dear God.”

How I Got Over was recorded during The Roots’ tenure as the house band for Late Night with Jimmy Fallon, as well as working on albums for John Legend and Booker T.

UPDATE: Today it was announced by Def Jam Records that the group will release How I Got Over on June 22. The label has recently delayed albums from Rick Ross and Jeezy after initial June announcements.

The label has however, provided a tracklisting to the album: