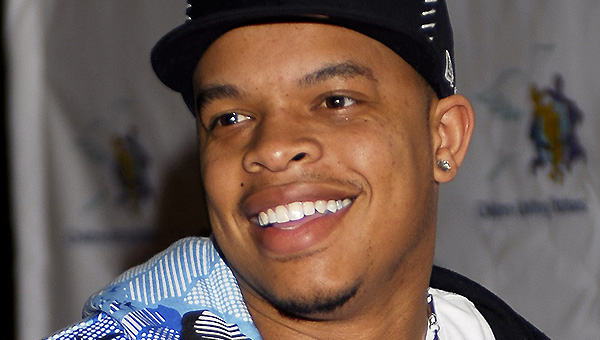 When Rap listeners hear “Curtis,” thoughts may immediately shift to 50 Cent but another Curtis is ready to make a name for himself. Interestingly enough, this Curtis also has a connection to Aftermath. Curtis Young a/k/a “Hood Surgeon,” son of legendary producer Dr. Dre, is prepping the release of his debut, Product of My DNA.

As one might expect, Dr. Dre was an inspiration to the up and comer. Adding some depth, Curtis says meeting his father at 21 truly changed his perspective and made him feel a need to “take over the legacy.”

“My world became complete when I finally met my father at the age of 21. I am extremely grateful for my father paving the road for me and many other artists. I feel privileged to have the opportunity to take over a legacy. As a producer, my father has set extremely high standards to existing and upcoming producers all over the globe but my hard and dedicated work will show everyone that I deserve the name Young,” he said in a statement.

Young goes on to add that he represents a change in music coming out of Southern California, adding that his company will set some high standards in the genre.

“People can expect a new trendy look from me. I represent a new era of positive feel good music for the West Coast — I am a new generation of Left Coast artists who can not only rap but produce as well. In the future, my company Young Entertainment Inc, will set high standards and create another element for the Hip Hop world so get familiar!”

Product of My DNA will hit stores this Summer and he plans on showing fans more behind his story.

“For my debut album, you can expect to learn about the making of Curtis Young. The story of actually becoming a product of society. People can expect to hear the true meaning of ‘Product Of My DNA’ that will let people know who Curtis Young is and how I learned about my father, Dr. Dre.”