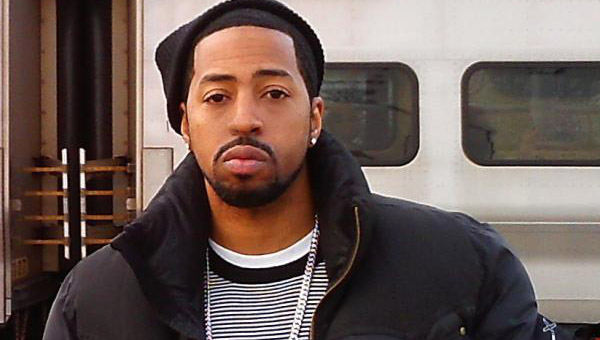 This past month, HipHopDX spoke with former Flipmode Squad and The UN emcee/producer Roc Marciano about his upcoming solo debut Marcberg, dropping this May 18 on Fat Beats/Select-O, with an vinyl-only EP coming this April 20. The Long Island native talked about what it feels like to release the LP after it remaining a number of years in production.

“It feels good, I can’t deny that,” said Marciano. “It feels good to let it go finally…me, I’m the type of dude [that doesn’t] care about the bells and whistles. I’m not in it to be famous, so I just wanted somebody to give me distribution.”

In a recent review of Marcberg, Robbie Ettelson of Unkut.com described the album as “…14 cuts of raw flows over minimalistic tracks – only built for real rap connoisseurs.” Roc echoes this later sentiment in describing his approach to the album. He says that his goal with Marcberg was not only to best represent himself as an artist, but also to hearken back to the kind of material released by his Hip Hop forefathers.

“I wanted this album to just be me,” explained Roc. “That’s why I did all the production. I wanted to show my value that I could do records without star-studded producers…I didn’t want to bring other stuff to the table to fuck up my vision.”

In a departure from his previous work on the UN’s UN or U Out and his Strength and Honor mixtape, Roc Marciano tackled the entirety of the production on Marcberg. He explained that producing the album was a natural progression of his craft, but that Large Professor had a hand in pushing him towards taking the next step.

“I think just naturally I’m doing more of the production now,” he said. “I could always produce, I just never was an on-hands producer, but for this album [Marcberg], I decided to go out and buy a drum machine and put my own shit together…nobody helped me put these together. I did that on my own, but I grew up listening to [producers like Large Professor and Pete Rock], so I’m very influenced by what they’ve done. By the time I got to the point where I was in the business, I had already developed my style, so right now I’m on my own.”

He later added, “Large [Professor] was the person that was telling me [to produce], because I always had tracks coming in the business. I was just like, ‘Maybe I shouldn’t be pushing my tracks on people’ and stuff like that or whatever. But Large was always strong and hard on me like, ‘Nah, your tracks are fire, roll with your shit.’”

Roc also discussed his rhymes and how he approaches a track as an emcee. A native of Long Island, Marciano says that his unique, almost stream of conscious lyrical styling is a result of both his hometown’s storied history in Hip Hop and developing techniques that push him out of his comfort zone.

“To be honest, [my flow is] just trying to sound good on the music,” he explained. “It’s not like something I just came up with one day. I just know that if I’m on a track, I want to enjoy myself while I’m making the record. I try to structure it so I’m not bored. I don’t care if the listener’s bored, but I try to structure so that I’m enjoying myself, ‘cause if I’m not enjoying myself, then I’d just go and get a regular nine-to-five.”

He later added, “I’m a Long Island nigga, so it comes from [the history of Long Island in Hip Hop]. Rakim was [and] still is one of my reasons to even be in this business. That’s where my interests sparked from and where I get a lot of my style from and stuff like that, just…Long Island in general.”

Marciano credits his love of Hip Hop music to the golden era artist on which he was raised, specifically citing the Bronx-based group the Ultramagnetic MCs. He says that artists like Ultramag and Rakim brought a certain “science” to rapping, one that appealed to him on a level different from that of the more danceable tunes of the times.

“[Ultramagnetic MCs] changed my life,” he said. “They brought science to Rap…in the beginning, I wasn’t really interested [in the music] until they brought the science to Rap. When it just the song-and-dance, the ‘I’m-just-entertaining-you’ [factor], that’s when I got involved, when I saw that you could bring science to it. That’s what I felt…Ultramagnetic brought to it. They brought thinking science to it, so that also sparked my interest even more, like ‘Yo wait a minute, this sounds like something I can get involved in,’ once they started rhyming more complex.”

He added, “It’s not that I like [lyrical Rap] more, because I’m entertained by [all kinds], it’s just that when I started to hear the science in it, it started to feel like ‘Hey wait a minute, there’s something that everybody can’t do.’ Once they brought that to the table, I felt competitive, like ‘If I can do this, I’m official.’”

Marciano also spoke on his roots in battle Rap. He explained the fundamental difference between battling and making a record and talked about the trials of transitioning from a battle-specific emcee to a full-fledged recording artists.

“Sounding good on a record versus sounding good in someone’s face is two different things,” he explained. “Basically, when you’re coming off the battle scene, you don’t necessarily have to sound good on a beat because there is no beat. You’re rapping with somebody in the street and you’re rapping a capella, so they never get to see your rhymes fall inside of a track. It’s like spoken word poetry.”

He added, “I had problems with transitioning into making records when I came off of just rapping in the streets [in battles]…I always felt like I sounded good on tracks, but it’s just when it comes to making a record and holding somebody’s attention…I find myself battling with myself, like some tracks, maybe I don’t need to rap so good on this track, like as far as like, I don’t have to bust my brain thinking of an ill rhyme or an ill flow ‘cause this is feeling like more of a song to me…you’ve got to put that ego to the side and say, ‘You know what? Every record ain’t to be killed.”