Game Fires Back At Alchemist On Twitter, Jay Rock Responds To "400 Bars" 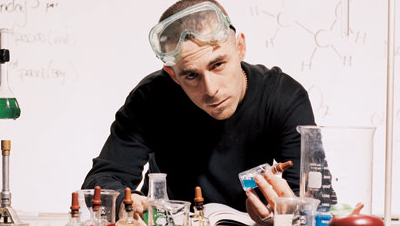 Yesterday, producer Alchemist updated his Twitter status after hearing The Game’s latest freestyle “400 Bars”. Not a fan of the 20 minute track, Alchemist tweeted, “400 bars=snooze. Less is more.” In another status update he wrote, “I just got jumped by 75 bloods at the 7-11. thanx alot [Game].

The Compton rapper fired shots back at Alchemist on Twitter with, “[Alchemist] you already know me ALAN, don’t get ya teeth knocked out !!! then you can Snooze 4 real!”

The two worked together in 2004, on the song “Dead Bodies,” which featured then-fellow G-Unit artist Prodigy on Alchemist’s song “Dead Bodies.” The record was released on Al’s 1st Infantry album.

Earlier in the week rapper Jay Rock also took to Twitter after hearing the freestlye track. “I GET ON TWITTER N EVERYBODY HITTING ME SAYN [Game] GETTING @ ME IN HIS FREESTYLE. SAME AS CUBE, NIGGAS NEED TO HAVE BALLS TO SAY NAMES,” he added, “IM NOT SCARED TO GO AGAINST NOBODY ALL NIGGA HAVE TO DO IS SAY MY NAME AND ITS ON WITH WHO EVER .I DONT FEEL I NEED TO APOLOGIZE TO NO1.”

Game’s “400 Bars” which went viral on the web Thursday, features the Grammy nominated artist going in on everything from the drama with G-Unit to the luxury of expensive cars. This summer Game is expected to drop his highly anticipated fourth studio album, The R.E.D. Album via Aftermath Entertainment/Interscope Records, slated for release June 15.

UPDATE: Yesterday afternoon, the Soul Assassins/Mobb Deep-affiliated producer tweeted, “For the record I don’t have actual beef with @Ihategame. That’s my brother! He was on my 1st album dummies remember.”

The Compton emcee has yet to speak on the matter again publicly. HipHopDX will keep you updated.