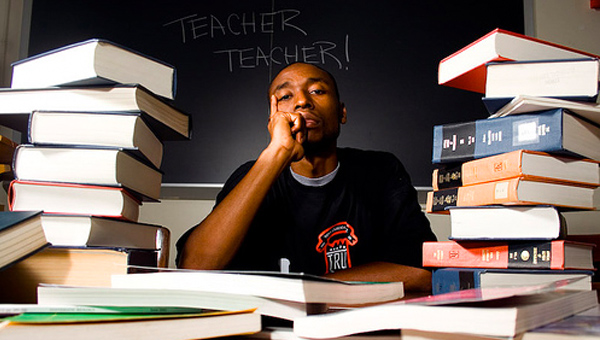 9th Wonder stays busy. The producer is manning the boards on Fornever, the new Murs & 9th Wonder album, but he’s also got a lot more in store for his fans. Yesterday, the North Carolina-based producer spoke with HipHopDX about some of those plans and what said fans can expect from the producer-turned-emcee.

While his project with Murs has some excited for their April release, 9th’s also been garnering a buzz for his collaborative projects with other rappers. Fans may have to be patient, however, as he told us that his albums with Jean Grae and David Banner are still waiting on release dates.

“That album’s been done, man. We just got to put it out,” he said with a laugh, speaking on the Jean Grae collaboration, a follow-up to Jeanius. As mentioned, though, his album with David Banner is also anticipated.

“[That album will be] another extension of me and an extension of David [Banner], where we kind of meet in the middle,” he added.

Aside from dropping these projects, he’s also ready to release much more of his work. According to 9th, he’s tired of simply sitting on music, which would explain the recent surge of 9th Wonder/9thmatic (his rapping alias) music hitting the net. He explained that his deal with 101 Distribution will allow him to release more of this work.

“[Fans can expect] more lost beat tapes and stuff like that. This is a way to get more of my music out. The thing I appreciate about Gucci Mane is this: he puts music out. I don’t care what anybody may think about the music he makes, he puts product out for his people to get. A lot of us that make this certain type of music, however you want to call it, we sit on our music. That’s why my stuff has been leaking all over the net, because I’m tired of just sitting on it.”

For now, fans can enjoy Murs and 9th Wonder as they release Fornever. The first single off the album, “The Problem Is

” can be seen below.