Stat Quo Readies "Statlanta", Back In The Studio With Dr. Dre 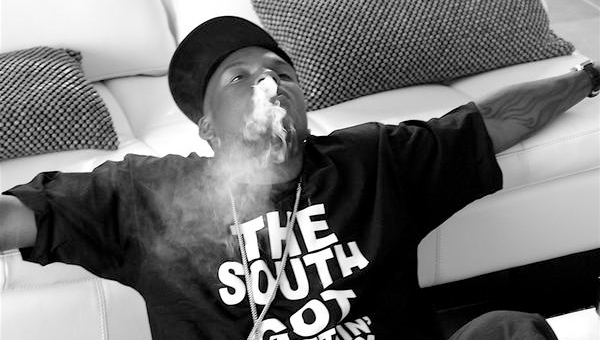 In November, Sha Money XL revealed to HipHopDX that he had finalized his Dream Big Ventures imprint, and signed both Stat Quo and DJ Whoo Kid. Thursday of this week, Stat Quo spoke to DX about releasing Dream Big’s first album, Statlanta.

The Atlanta native spoke of working with the former G-Unit Records President, who A&R’d two classic albums in 50 Cent‘s Get Rich or Die Tryin’ and The Game‘s The Documentary. “Not only is he a great producer with a great ear for music, he’s just a great guy all around,” said Stat who worked with Sha during his Interscope/Shady/Aftermath tenure. “He allows me the kind of freedom to be the artist I see myself as being. He falls and lets me do my thing, but at the same time, contributes just enough to make the situation classic.

Planned for May 4th release, Statlanta takes its title from the album promised to fans in the mid-’00s. With several “street releases,” Stat was asked if he views this as a debut. The emcee said that he opts to listen to his fans. “It definitely feels like a third, fourth or fifth album at the end of the day. It’s not all about you, it’s about other people. A lot of people feel like this is a debut, so I’ll treat it as such. But me? I’ve done countless albums, cousin.” Looking at The South Got Somethin’ To Say

or The Invisible Man

, Stat asserts, “[Even] the stuff I’ve put out for free on the Internet that has an album feel.” To get a listen at what Stat’s referring to, check “Success (Back To U)”

Asked if the bigger album stage made him change his recording practices, Stat waved that off, saying “Hell no.” He went on to say that his present work ethic and songwriting is a culmination of years and mentors. “No, I’m taking what I learned over there with [Dr.] Dre and puttin’ it to use, plus taking what Sha’s given me and trying to make the best product possible.”

Shocking to some after Stat expressed displeasure with Dre and Aftermath’s handling of his career, the Georgia rapper is back to assisting the Doctor. :During this whole process, I’ve still [been working] with Dre. I’m still working with him everyday – not for [Statlanta], but for [Detox] and what he’s got going on.” Stat was not clear as to why his work with Dre for the original Statlanta did not leave with him, but did say that he benefits from the exposure to greatness. “Working with him, it’s like Rap boot-camp. You just learn so much from dude.” Stat Quo also mentioned other mentors, Sha Money, Eminem and Scarface.

While most people easily associate Stat with Dr. Dre and Eminem, Scarface discovered the emcee initially. Asked if he and the Rap-A-Lot titan were still in touch, Stat chuckled. “[Scarface] just hit me up the Twitter, we was just talkin’ about some things. What I’d really want to do, if it was up to me, man, is to go down to Texas and do an album with ‘Face and with Devin [The Dude]. That is my dream. All of us together, and then get features from all the people we respect – have Dre do a beat, have Em be on the project, have 50 [Cent], Game, Andre 3000, [Lil] Wayne, Common, have Polow [Da Don] do a track – just people that I respect and fool with.” As three independent artists – and Scarface already embracing the collaborative spirit by working with Mia X, the project could come to fruition. Stat says that he looks at things differently than the expectations he may have witnessed at Interscope. “It’s not about making a hit record or tryin’ to make a whole bunch of money, it’s just about makin’ a dope-ass album,” he says comparing Rap peers to the 1950s Rat Pack, including Frank Sinatra, Dean Martin and Sammy Davis, Jr.

Now independent, Stat says that he’s divorced notions of grandeur to drive his career. “For me, as long as I’m able to pay my bills, I’m cool.”

That every-man spirit comes alive in Stat’s recent videos, including “Ghetto U.S.A.” Asked about his successful approach to video-making, Stat refers to the same belief taught in many top film schools. “If you want to do something visually, you want to keep the integrity of the record. You want to take what’s going on in the record and enhance it visually. Because most of my songs have stories behind that, it’s neat to have a visual to go along with them. I just think people in general, we love stories. All of our television shows, all our movies – all of our entertainment is based around stories. So that’s the key for music.”

Statlanta is to be released on May 4th on Dream Big Ventures/EMI Records.