Freeway Speaks On Fan Influence, Being "Guard Dog" Of The Roc 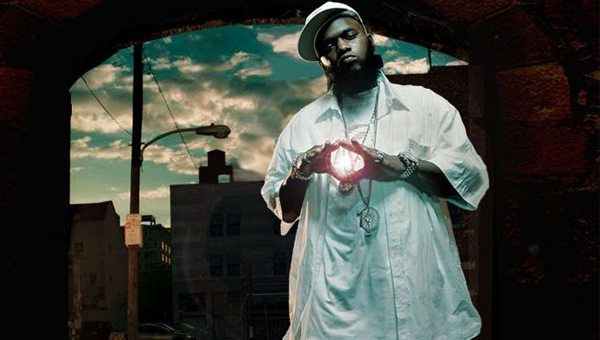 Fans are an important aspect of The Stimulus Package. On the album’s outro, a fully-produced song, Freeway conceptualizes reading mail from his fans. Asked how much his fans affected the artistry of the album, Freeway answered DX slouched in a swivel chair in his personal Philadelphia studio. “I would say 90%,” the emcee answered. “When you make music, you want it to be good. You’re competing with a lot of other emcees, you’re competing with your last project, and the fans play a big part in that. It makes you feel good when the fans love your music. The last album I put out, Free At Last, it didn’t sell as well as I would have liked it to, but everywhere I go, people always say they love that album. That’s a good feeling.”

Like Nas‘ 2002 “Book Of Rhymes” concept track with The Alchemist, Freeway used something tangible to affect his stream of consciousness. The emcee was asked if the stories told on “The Stimulus Outro” were from actual correspondence. “Actually, I get fan-mail. When I did that song, that was a song that I did out in Seattle, so I didn’t have none of the fan-mail with me. I was just reflecting on a couple of [previous letters I’d received]. I’d say it’s 60% true,” revealed Freezer.

Freeway also spoke on the new fans he may acquire strictly on the basis of releasing an album on the label run by Brent “Siddiq” Sayers and Atmosphere’s Slug and Ant. “Rhymesayers Entertainment, Brother Ali, Jake One, it’s like a whole ‘nother world of fans than the fans that I’m used to. I’m used to the grimy nightclub scene, the [situations where] you gotta take the pistol with you to make sure everything’s [good], nahmean? It’s totally different.”

The union began in 2008, when Jake One and Freeway made “The Truth”

for his White Van Music, which also featured Brother Ali. The chemistry of the album single led to a video and performances. “I remember Ali came to Philly, and he did a show [at the First Uniterian Church] and he asked me to go hold him down. When I pulled up to the place, there was no cars, it looked like nothing was going on. I go in, and it was crazy!,” recalls Free. “I also saw it when we went to South By Southwest and [Soundset] last year. They embraced me, the fans embraced me.”

Overall though, the raspy-voiced rapper says he didn’t alter the formula simply because he’s working with an Underground Hip Hop mainstay. “I didn’t really do nothin’ different. I just did what I do.”

When Freeway burst onto the Rap scene at the top of the decade, he was within the jacket of Roc-A-Fella Records, a movement that featured private-minded artists like Jay-Z and Cam’ron, a crew that often shielded themselves from fans. Freeway was asked how, between his label independence and the Internet age, his fan relationships have changed. “It changed a lot,” he says. “I feel as though fans are important to Hip Hop. You know, who are you doing your music for?”

Another interest portion of The Stimulus Package is Freeway’s respect for the craft of emceeing. While “Throw Your Hands Up” features De La Soul and Black Moon references, Free also has a song in “Microphone Killa,” that pairs him with SP brother Young Chris. “The whole beginning of my career, that’s what it was about,” Freeway says about the spirited verse. “When I first went to rap for [Jay-Z], when [Beanie Sigel] took me up there, I had to get in my bag and go through my act. After I got signed and I would be up there. Anybody [else] that would come to rap for Jay, I’d be there, and Jay would give me a lil’ head-nod, and I’d just go at them. It was like I was the guard dog or something.”