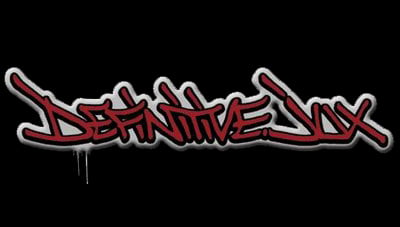 Amidst rapidly-growing rumors that Definitive Jux was closing down, founder and Artistic Director of the label, El-P, brought clarity to the situation on its web site.

“Reports of our demise have been mildly exaggerated,” explained the acclaimed producer. “This year, a decade after starting DEF JUX and after overseeing the releases of some incredible albums including the forthcoming release of my dear late and great friend Camu Tao’s brilliant KING OF HEARTS LP, I’m stepping away from my duties as artistic director for the label to concentrate on what I love most: being a producer and an artist full time. This is something I’ve been contemplating for a few years now, and can’t think of a better time or, with the eventual release of Camu’s record, a more poetic way to transition into a new direction.“

El-P revealed that the label’s web site, as well as sales of its catalog and merchandise would remain in tact. In addition, a Def Jux compilation titled King of Hearts, “a 10 year anniversary retrospective and some other goodies,” will be released. However, the actual record label Def Jux will be “put on hiatus.”

“We are not closing, but we are changing. The process is already underway, and the last several months (for those wondering what the hell we’ve been up to) have been spent dealing with the technical aspects of wrapping up the label in it’s current form and re-imagining our collective and individual futures,” elaborated El-P.

The letter continued, explaining that in 2000, a record label made much more sense than in 2010. El-P revealed his wish that Definitive Jux make the leap forward as the music industry evolves, rather than be left behind. He also said his focus would be to go “back-to-basics. The fun stuff: sitting in the studio and immersing myself in music, performing it for for my fans when the time comes and whatever (or wherever) else might be out there creatively for me. Thats how it all started and that’s how the next phase will begin. The days of me dedicating the majority of my time and energy into providing JUX with a constant stream of physical releases from multiple artists are on hold for the time being. My heart (and what little common sense I possess) is telling me to simplify my focus and it has always been my policy to listen to my heart.“

After thanking the fans, El-P intimated, “You [the fans] are why we do any of this, and I’ll never be able to express how much your support means to all of us. I think I speak for all of us Jukies when I say I love making music for you and can’t wait to make more.“