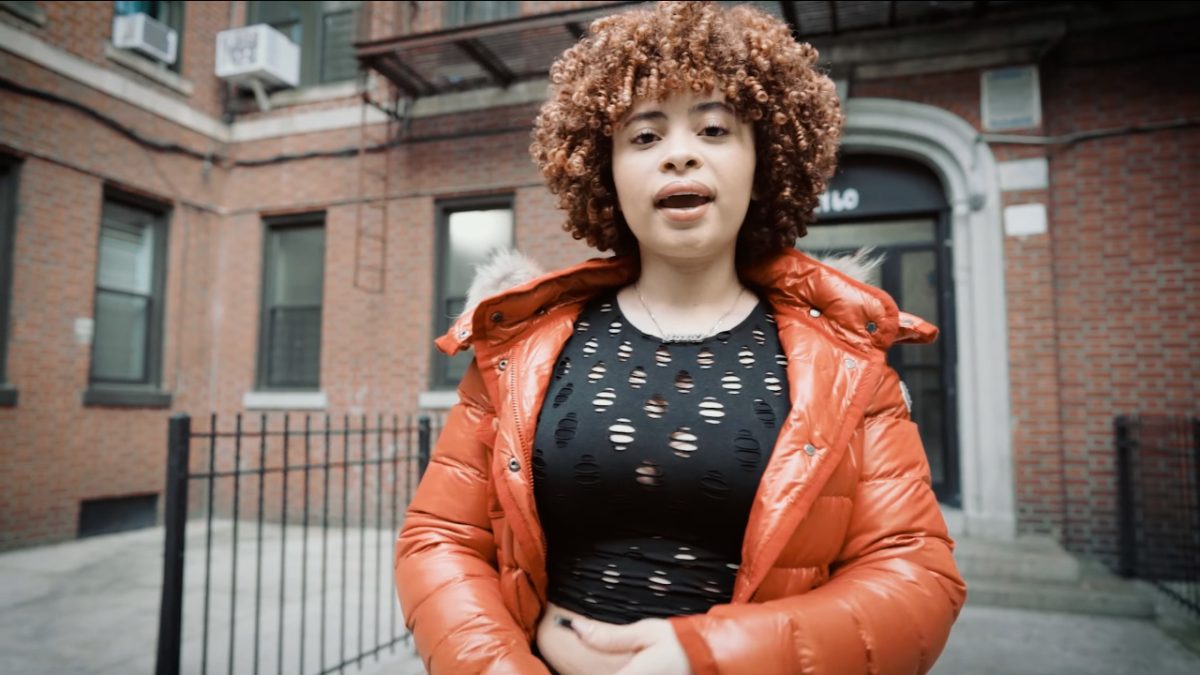 Ice Spice has shared that, when she first began writing song, many of her lyrics started out as what she thought were potentially catchy social media captions.

In the wake of the release of her first EP Like..?, the Bronx rapper sat down with the New York Times to discuss the journey that brought her to this point in her career. After revealing that she first began playing around with writing by freestyling for her dad while he walked her to school when she was younger, she explained that her ultimate jump into a career as an artist was inspired by two factors.

First was the realization after her #BussItChallenge video went viral, that she had it in her to commend attention; and second was the growing popularity of Brooklyn Drill artists.

As she would listen to songs by artists like Pop Smoke and Sheff G, Ice Spice said she would imagine how to translate their catchiest lines for social media consumption.

“I like to hear catchy stuff and I always be thinking like, Damn, what should I caption this? So I just started coming up with mad captions,” she explained, adding that music soon became therapeutic to her.

Ice Spice’s debut EP, which arrived on Friday (January 20), features six tracks, including two of her most popular 2022 releases, “Munch” and “Bikini Bottom,” as well as the Diddy-sampling “Gangsta Boo” with fellow Bronx native Lil Tjay.

While the sound on the project, the sound that initially inspired her and what fans have come to know her for is decidedly rooted in the Drill movement, Spice says she has her sights set on pop and crossover stardom.

“For me personally, I think I have passed that,” she said. “I do want to be a mainstream artist. I want diamond records and plaques and Grammys. So I think in order to get that, you do have to surpass just one subgenre.”

Druski Shoots His Shot At Ice Spice: 'I'm The Prize'

Her first foray outside of the lane she’s become known in will be a remix to British singer/songwriter PinkPantheress’s 2022 singe “Boy’s a Liar.”

The New York Times feature also saw Ice Spice clearing up speculation about her relationship with Drake after he allegedly dissed her on his latest project, Her Loss, and enticed a social media storm by unfollowing her on Instagram.

“She a 10 tryna rap, it’s good on mute,” Drake rattled off on “BackOutsideBoyz” — from his collaborative album with 21 Savage — which led many fans to speculate whether the dig was made towards the “Munch (Feelin’ U)” star.

Spice certainly seemed to think so when she took to Twitter shortly after the release of Her Loss, writing: “at least ima 10 [shrugging emoji] [laughing with tears emoji].”

Despite all of the fuss, the “Princess Diana” rapper shut down any notion of a rift when she was asked about the 6 God’s apparent jabs during the recent interview.

“We’re cool,” she said. “We spoke after that a couple times and we’re good. There’s no beef.”

The duo first linked in August 2022 after the 23-year-old caught Drake’s attention with her breakout hit “Munch (Feelin’ U)” and freestyle on On the Radar Radio, which led to Drizzy flying her out to Toronto to attend his OVO Fest.