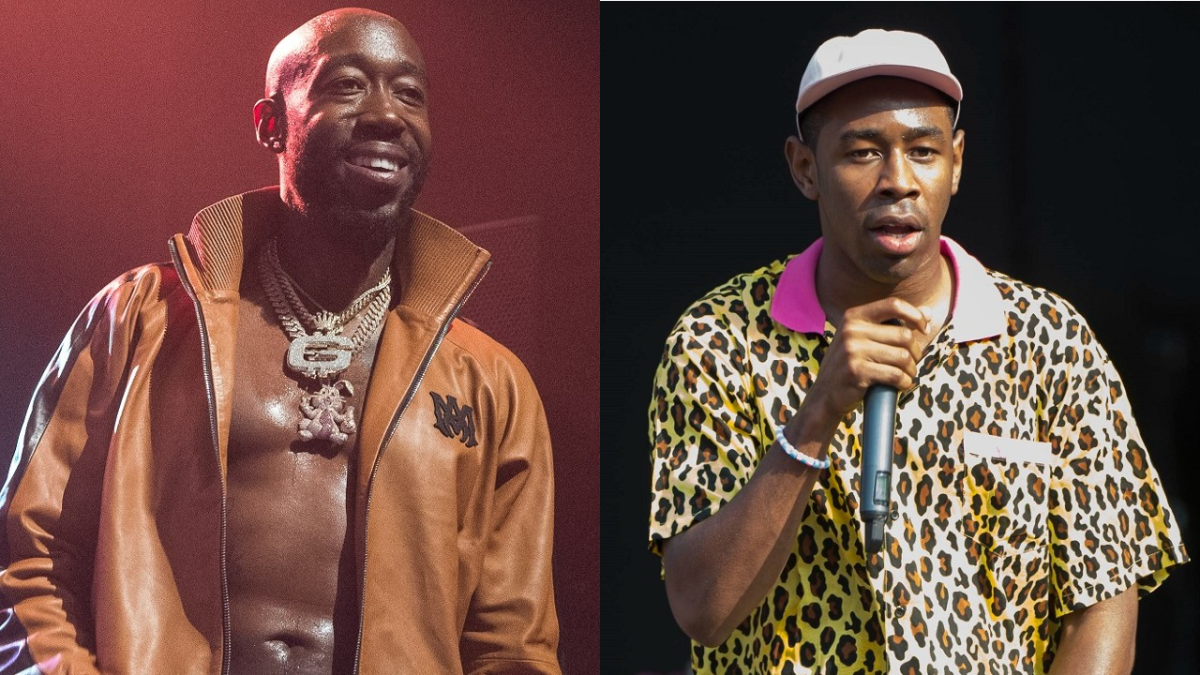 Freddie Gibbs has hinted that he may have joint project on the way with Tyler, The Creator, who he praised for being fearless and “amazing.”

Gibbs was asked about the potential collaboration on a recent episode of the Rap Caviar Podcast. His response indicated that he and Tyler, The Creator have discussed the idea before.

“We can do it Tyler,” Freddie Gibbs said, repeating his name. “I’mma call his mama and make it happen. She’ll get him to do it.”

The two have surprisingly only collaborated once before: Tyler, The Creator appeared on “Something To Rap About” on Alfredo, Freddie Gibbs’ 2020 collaboration with Alchemist.

Despite not having released much music together, Gibbs holds his peer in very high regard. “I love Tyler man, he’s such a fuckin’ weirdo,” the “Gang Signs” rapper said during the Rap Caviar clip. “It’s like, how can you not love a guy like that? He’s like a little brother to me, but I look up to him at the same time too. Cuz I see the things that he does and I’m like, ‘What the fuck!’ It’s amazing, he has no fear!”

While he seemed excited about the prospect of collaborating with Tyler, The Creator, Freddie Gibbs recently suggested that his fifth solo album, $oul $old $eparately will be his final album, and said his highly anticipated collab project with Madlib might not happen.

During a recent Ask Me Anything (AMA) session on Twitter, an eager fan asked if Montana, the rumored follow-up to 2019’s Bandana, would ever see the light of day.

“No. this my last album. Ask Madlib,” he wrote. Elsewhere, a fan asked what advice he had to give for newcomers to the music industry, to which he replied: “Own as much shit as you can.”

The claim that $oul $old $eparately is his last album coincides with a separate interview Gibbs did with Bootleg Kev earlier in October, where he was asked to comment on Alfredo 2 potentially being in the works with Alchemist.

“It’s funny you say that,” Gibbs said when Kev brought up the idea, “but I just told you that every time I do an album I feel like I might not do another one. I got a lot of stuff to do.”