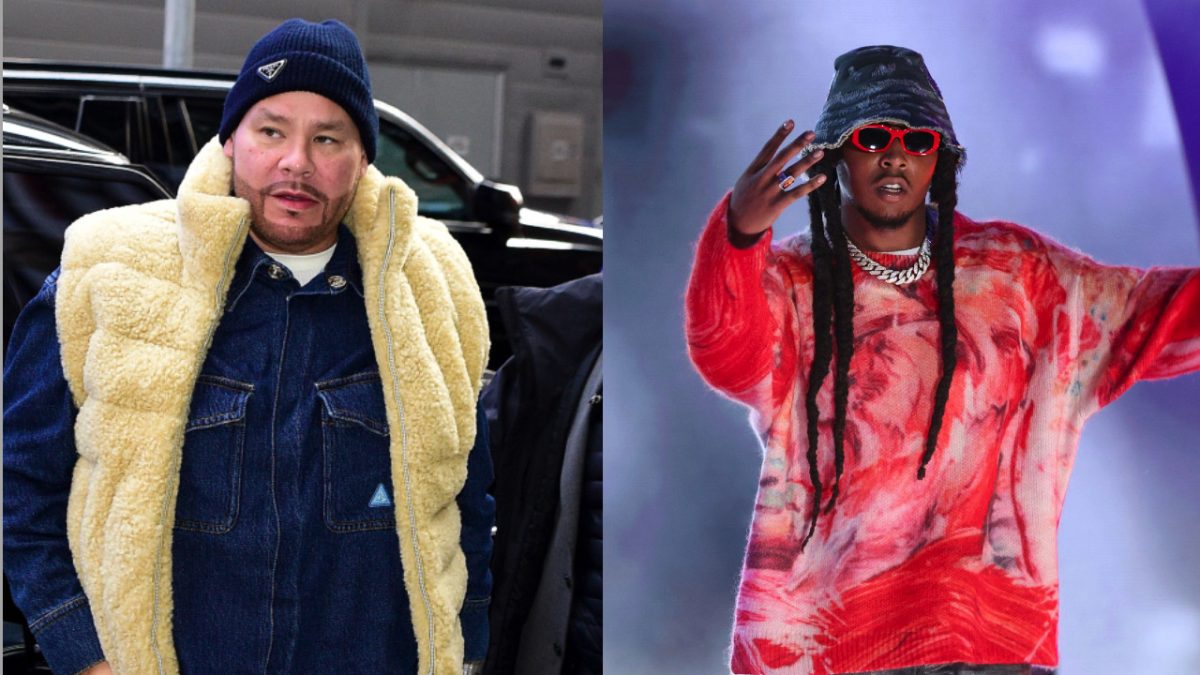 Fat Joe has drawn comparisons between TakeOff and legendary Hip Hop group Run-DMC while mourning the life of the Migos rapper in a new interview.

Joey Crack was the guest on the latest episode of Stephen A. Smith’s Cadence13 Know Mercy podcast, released Wednesday (November 16). While speaking about the losses Hip Hop has continued to suffer, the Bronx rapper noted how Take wasn’t just a “regular rapper” and called him the Run-DMC of this era.

“We had ‘Rest in peace Biggie,’ ‘Rest in peace Jam Master Jay,’ 2Pac, but they were like spaced out,” Joe said. “It’s like these kids are getting killed every other week. TakeOff, who recently got killed — rest in peace — he’s like the Run-DMC of this time.”

Fat Joe then went on to express his remorse for the loss of life, and stressed the importance of uplifting our youth in an effort to stop the violence.

“It’s sad, Stephen A. I wish we wouldn’t hate our own and wouldn’t be jealous of our own,” he said. “Rappers went from being heroes to now being targets. … What we gotta do is tell the youth they’re important. When I look at a young brother like him die, I look at a hundred families that could have ate from the jobs he give them. His family — who’s suffering forever, I pray for all these kids.”

You can listen to the full episode here. The conversation begins around the 47-minute mark.

Tributes to TakeOff have poured in from the Hip Hop community since he was tragically shot and killed outside of 810 Billiards & Bowling in Houston on November 1. Taking time to gather his words as he dealt with the major loss, Offset broke his silence on Tuesday (November 15) with a heartfelt goodbye message on Instagram.

“Dear Take, doesn’t feel real posting you like this….This still doesn’t feel like reality,” he began. “I’ve been searching for the right words to say, but there aren’t any that will suffice. Until we meet again, Rest In Power. I love you.

No arrests have been made in the case at this time.