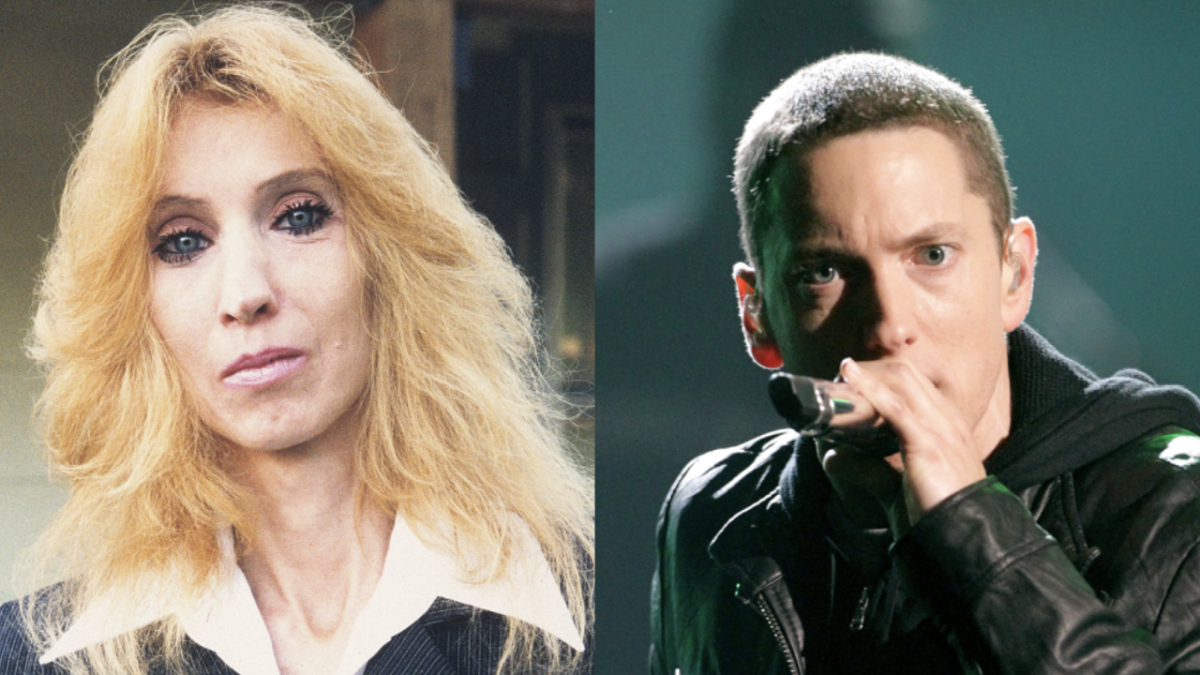 While Eminem and his mother, Debbie Mathers, have had a rocky relationship, she made sure to give her son the proper public praise following his Rock & Roll Hall of Fame induction over the weekend.

Even though she wasn’t in attendance at the Microsoft Theater ceremony in Los Angeles, Debbie delivered a heartwarming message to Slim Shady over social media on Monday (November 7).

“Marshall, I want to say, I could not let this day go by without congratulating you on your induction into the Hall of Fame,” she said. “I love you very much. I knew you’d get there. It’s been a long ride. I’m very, very proud of you.

“And also I’m very proud of Hailie Jade, my big girl. I want to tell you Hailie, great job on your podcast and God bless you guys. I love you very much.”

Debbie, Eminem’s mom, is very much alive and extremely proud of her son’s induction to the Rock & Roll Hall Of Fame.

This is the heartwarming message she had for Marshall. @Eminem @Rosenberg

Eminem was inducted on Saturday night as part of the Rock Hall’s Class of 2022 alongside Lionel Richie, Terry Lewis and Jimmy Jam, Dolly Parton and Harry Belafonte who were recognized for their contributions.

Em’s mentor Dr. Dre did the induction honors and then the Detroit rap deity got on stage where he thanked nearly 100 artists in his acceptance speech, including the likes of LL COOL J, Rakim, Outkast, 2Pac, The Notorious B.I.G. and more.

“One, I’m a rapper; two, I almost died from an overdose; and three, I really had to fight my way through,” he explained. “I’m a high school drop-out with a Hip Hop education.

“They say success has many fathers, and that’s definitely true for me. So whatever my impact has been on Hip-Hop music, I never would have or could have done this shit without some of the groundbreaking artists that I’m about to mention right now.”

Eminem has publicly referenced his turbulent relationship with his mother on tracks such as 2002’s “Cleanin’ Out My Closet” and 2013’s “Headlights.” She even filed a defamation lawsuit against her son seeking $11 million in 1999 which a judge ruled in her favor but only for $25,000.