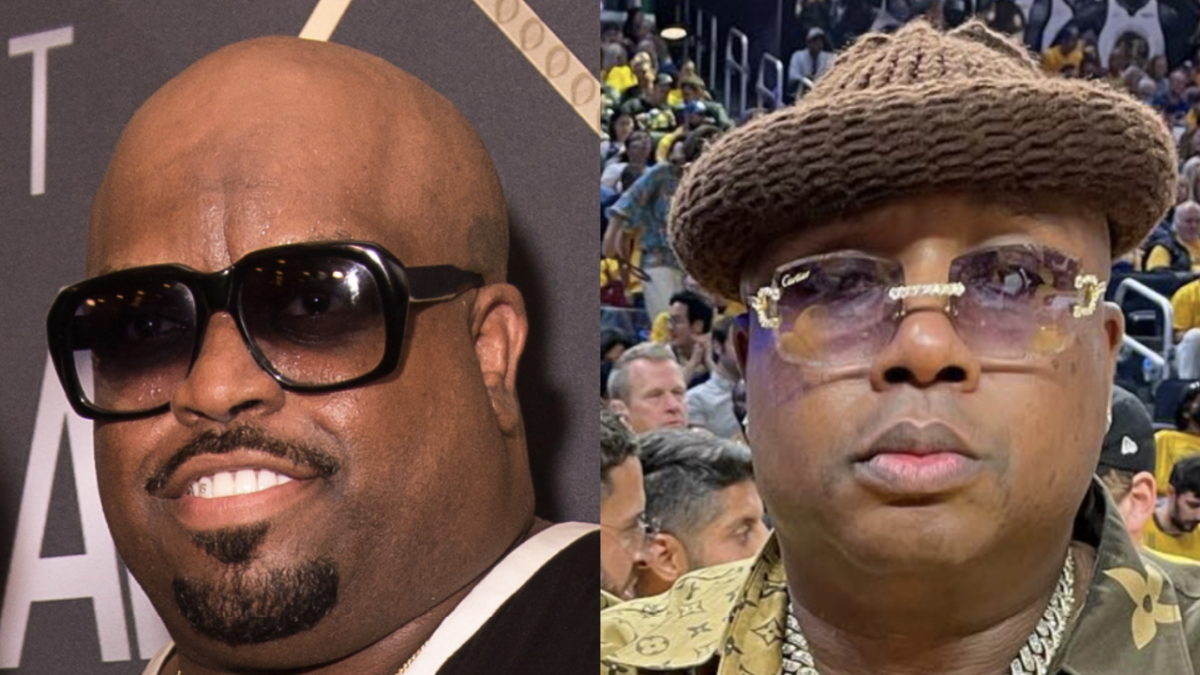 E-40 and CeeLo Green have never collaborated on a track but they have been mixed up by a fan who confused the “Crazy” Singer for the Bay Area rap icon.

A photo has gone viral on Twitter courtesy of user Tiva Fox who posted a picture alongside CeeLo Green, but mistakenly thanked E-40 for making a surprise appearance at their birthday party.

“Thank you for pulling up to my Bday gang @e40,” she captioned the pic of CeeLo rocking a basil green sweatsuit and heavy gold chain.

The tweet quickly went viral and has compiled over 22,000 likes with plenty of replies calling out that it is actually CeeLo in the photo. “Okay fuck y’all, you’re all dumb as fuck if you guys thought I didn’t know this was Charles Barkley,” Fox then joked in response to the chaos.

Okay fuck y’all, you’re all dumb as fuck if you guys thought I didn’t know this was Charles Barkley

An individual with some Photoshop skills went as far as actually replacing CeeLo’s head with E-40’s.

AllHipHop reposted the photo mixup to its Instagram and the noise eventually got to E-40 who commented in disgust with a simple facepalm emoji.

In other CeeLo Green news, the Goodie Mob frontman recently debuted a custom chain featuring portraits of artists and celebrities who have inspired him throughout his career.

With senseless violence continuing to plague Hip Hop, E-40 and T00 $hort recently penned an op-ed calling for an end with a message to younger artists.

“The inner city is like the MMA Octagon—it’s the cage, the trap,” they wrote. “A lot of violent shit goes down, but it’s still home for many hip-hop artists. And there’s still a lot of hope, hunger, and love in the streets. We just need to find better ways to support each other. This is our generation’s responsibility as much as it is for the young MCs.”