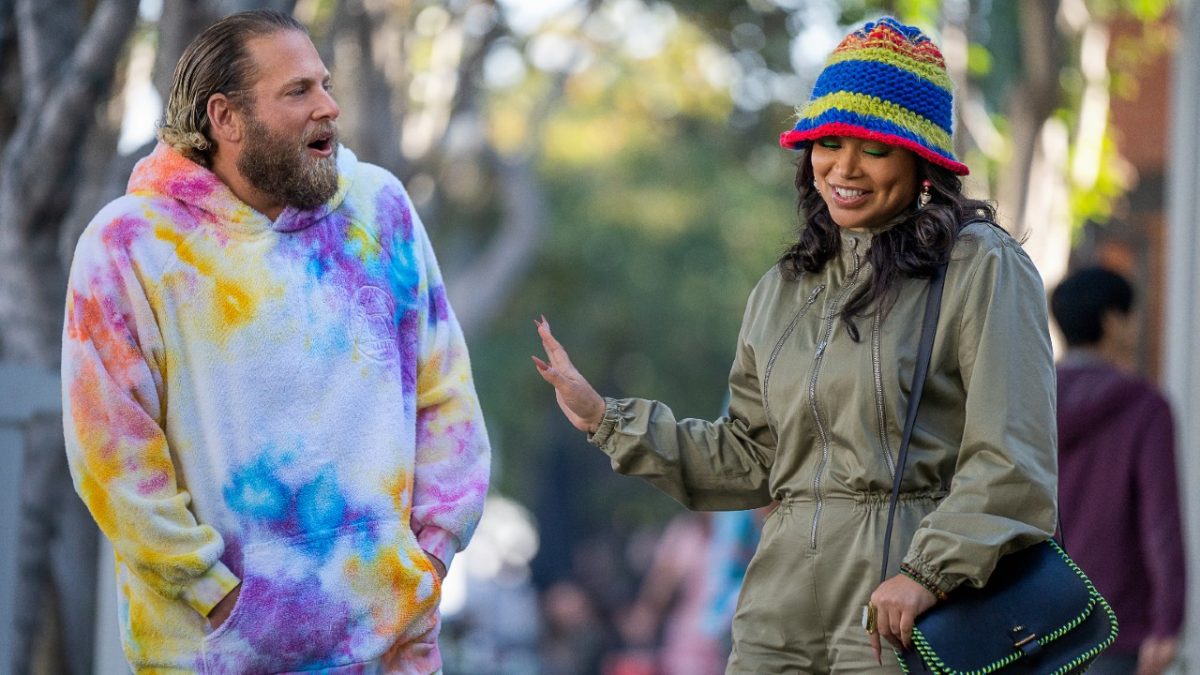 Dr. Dre‘s “What’s The Difference” has been featured in the teaser trailer to the new Netflix film You People, starring Lauren London and Jonah Hill.

The trailer, released Monday (December 5), finds Hill opposite his girlfriend’s parents — played by Eddy Murphy and Nia Long — inside of Roscoe’s Chicken and Waffles. The instrumental to Dr. Dre’s 1999 single plays in the background as Hill awkwardly tries to get the parents’ blessing to ask their daughter for her hand in marriage.

The daughter, who does not make an appearance in the You People trailer, is Amira Mohammed played by Lauren London.

The movie is set around the comedy that ensues as she and Hill’s character Ezra Cohen get to know each other’s family — her conservative Muslim parents, and his “progressive, semi-woke” Jewish parents, played by Julia Louis-Dreyfus and David Duchovny.

The movie spotlights a number of Los Angeles landmarks, which Lauren London said was one of her favorite parts about filming in her hometown.

“My favorite location was Simply Wholesome,” she told Netflix platform Tudum. “Growing up in LA, I used to walk to Simply Wholesome and grab a patty or a smoothie. Being inside a Black establishment that promotes wellness and health in the heart of our community, and that business being highlighted and shown in a big-budget film, that was very special.”

In addition to starring in You People, Jonah Hill co-wrote the script with director Kenya Barris. The Black-ish creator, who has an overall deal with Netflix, most recently worked with Kid Cudi to deliver another original for the streaming platform, the animated series Entergalactic.

The show was executive produced by Barris through his Khalabo Ink Society production company.

Kenya Barris is currently working with Fat Joe and screenwriter Jorge A. Reyes on a new show at Showtime and BET Studios called The Book of Jose.

The pilot attempts to mirror the real life story of how Fate Joe grew up amid the drugs and violence that plagued the Bronx during the mid to late 1980s.

The sitcom also plans illustrate how he grew from humble circumstances to having a 30-year career in entertainment and all the myriad threats that dogged him along the way — from rap rivalries and incarceration to addiction and death. Personal resilience and familial love look to be common themes as well.

You People will be available on Netflix on January 27.