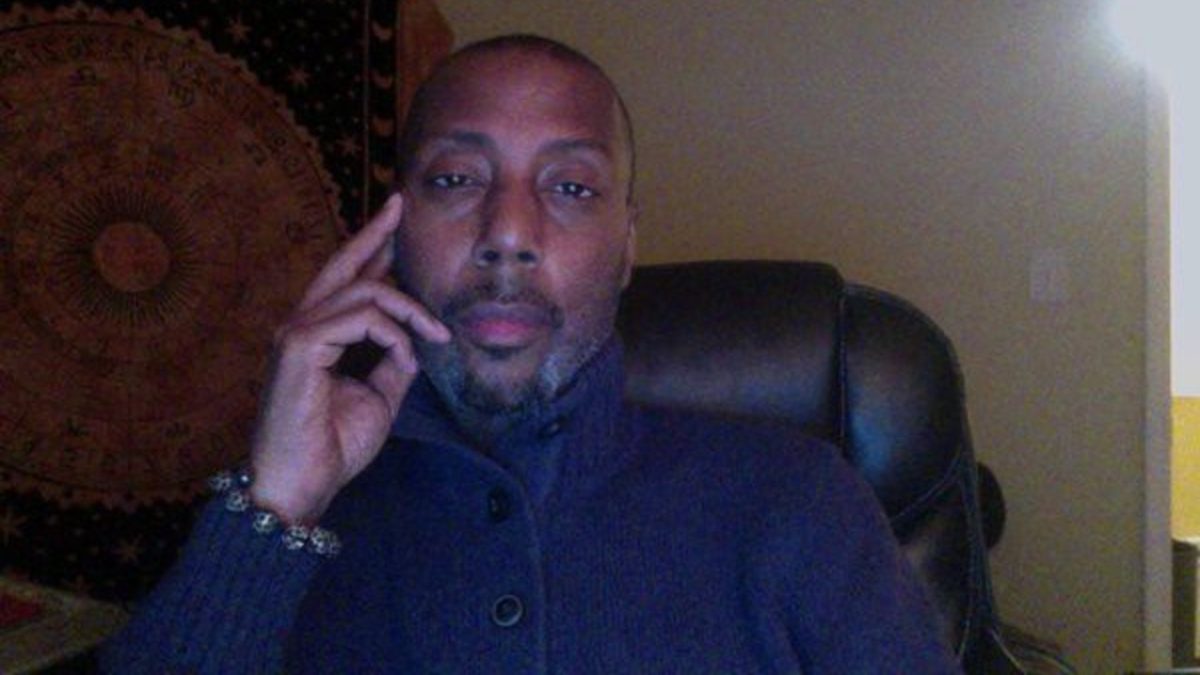 Don Newkirk, the artist, musician and producer perhaps best known for his collaborations with De La Soul and 3rd Bass, has died at the age of 56.

News of Newkirk’s death came via a Facebook post by Rahiem of the Furious Five on Friday (November 25).

“It is with a heavy heart I announce the transitioning of my brother Don Newkirk,” Rahiem wrote. “Fifty-six years young. Don Newkirk was among the first R&B artists signed to Def Jam records. My condolences go out to his family. S.I.P bro.”

Ahead of his own solo debut, Don Newkirk was introduced to many fans through a series of voiceovers on De La Soul’s 1989 debut Three Feet High and Rising. Months later, Newkirk delivered his first album, Funk City on Def Jam Records subsidiary, OBR/Columbia Records, which yielded the singles “I Desire” and “Sweat You.” 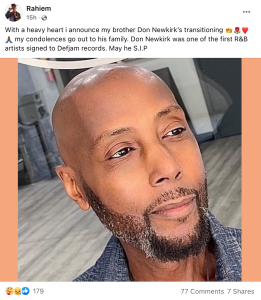 The project was a bit of a departure from the style of music Don Newkirk had made up to that point, a move he would later come to question.

“Funk City was like in a mode of me experimenting, learning instrumentation and learning how to use my voice in a different way other than just rapping,” Newkirk told AllHipHop last year. “Because I was never a singer. I was always an MC. But I just felt like I could express what I was trying to save better with melody back then. So it came out more so as Funk City, which I think is dope because it gave people a whole different element of me.

‘Maybe I would have had more success if I had stuck to emceeing, being the 3 Feet High and Rising came out and ‘Gas Face’ [by 3rd Bass] was about to come out,” he continued. “And then I was pretty much in the Native Tongues camp but not really a Native Tongue, more so because I was singing than spitting. But I’m glad that it it did go down the way it went down because it created this legacy that I’m only now realizing, has made an effect that I didn’t even know from back then because we didn’t have internet.”

Don Newkirk’s sophomore album Between Love & Lust was completed in 1992, but was permanently shelved when Def Jam sold the imprint he was signed to. In 2021, Newkirk repackaged the project under the title Nostalgia and released it independently.

Ahead of making his return to music as a solo artist, Newkirk partnered with producer Prince Paul, Digable Planets’ Ladybug Mecca and fellow artist Rodrigo Brandão to form the experimental group BROOKZILL! They released just one album in 2016 called Throwback to the Future before disbanding.

Following the split, Don Newkirk and Prince Paul — who had previously worked together on to the 2004 film The Best Thief In the World, Chris Rock’s 2005 comedy special Never Scared and the 2008 documentary Pressure Cooker — returned to scoring films together.

The two composed the score to the 2017 Gimlet Media podcast Mogul: The Life & Death of Chris Lighty and the 2020 Netflix docuseries Who Killed Malcolm X?