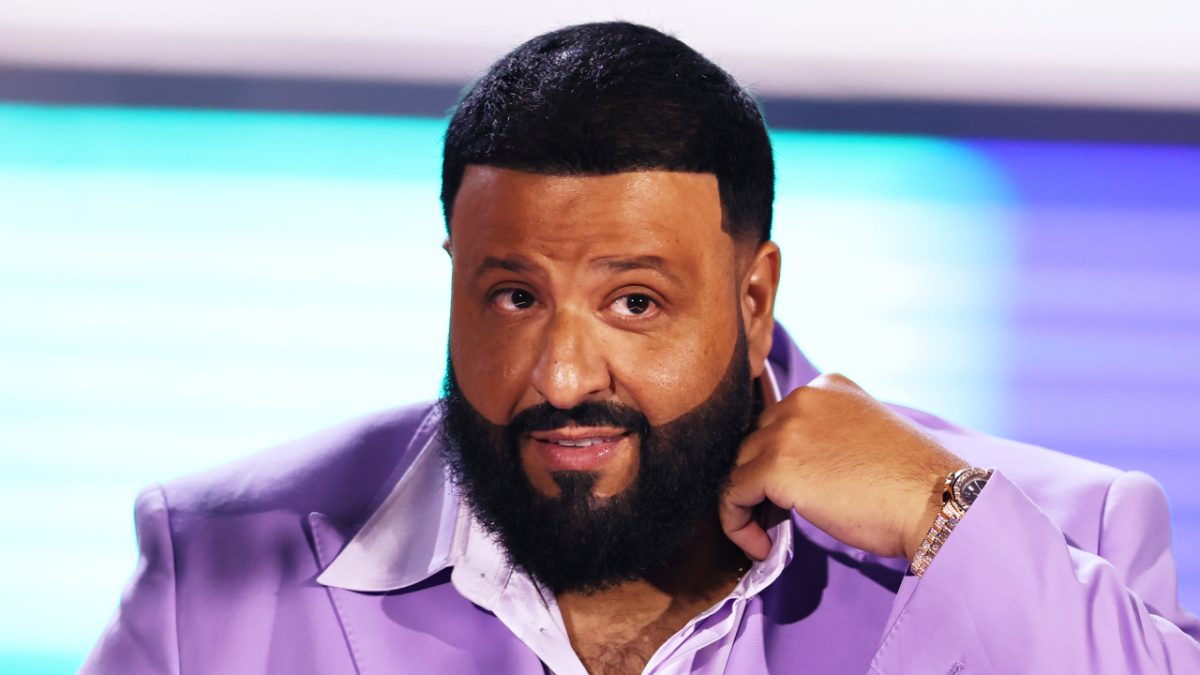 DJ Khaled gave fans a little more than what they might have expected when footage of a recent basketball-themed photo shoot went viral.

Over the weekend, fans couldn’t stop talking about the amount of skin the Miami, Florida native showed off in a video promoting his new Nike Air Jordan 5 x DJ Khaled Crimson Bliss collaboration. In the clip, Khaled can be seen dribbling a basketball while wearing the new pair of kicks before attempting a slam dunk.

DJ Khaled was successful in his dunk attempt; however, as he jumped and gravity took over, his shirt lifted up to expose his butt crack to the camera. Fans were not pleased to see Khaled’s backside and let it be known on social media.

“Seeing dj khaled doing a slam dunk with his crack out is not something i ever wanted to see,” one person tweeted, while another added: “Dj khaled you wrong for having yo ass crack out like that.”

Someone else put their graphic design skills to use and made Khaled’s dunk the new logo for the NBA, tweeting: “I made @djkhaled the @NBA logo because WE THE BEST.”

I made @djkhaled the @NBA logo because WE THE BEST pic.twitter.com/pbVmcIPwTc

While some were taking in all the jokes, others were genuinely upset with DJ Khaled’s butt crack making an appearance. One fan advised to Khaled focus on selling his shoes instead of acting a fool to drum up attention.

“DJ Khaled just pissed me tf off,” the fan tweeted. “I do not want to see his butt crack from 3 different angles. Just sell the damn shoes bro. No need to do all this hopping around smh.”

DJ Khaled just pissed me tf off. I do not want to see his butt crack from 3 different angles. Just sell the damn shoes bro. No need to do all this hopping around smh.

If that weren’t enough promotion for his new sneakers, DJ Khaled showed off his upcoming kicks when his hometown Miami Heat took on the Charlotte Hornets on Saturday (November 12). The We The Best boss had his usual courtside seats, but arrived with a special satin pillow to rest his new Air Jordan 5’s.

Khaled took sneaker maintenance to a new level with the pillow and the announcers couldn’t help but laugh at him for trying to keep his kicks from touching the ground.

The Air Jordan 5 x DJ Khaled Crimson Bliss is scheduled to release on November 28 for $225. The sneakers will also be a part of a larger “We The Best” collection that comes with all sorts of apparel and more.

DJ Khaled first revealed the collaboration back in April, revealing three other colorways that seem to be exclusive to family and friends. Khaled also got a stamp of approval from Kanye West after showing him some sample pairs earlier this year.

“I like the colors for Miami,” Ye said while visiting the 305 to work on music with Khaled at his estate. “Oh, them joints is pretty too. The colors are great, I like the tones and shit.”