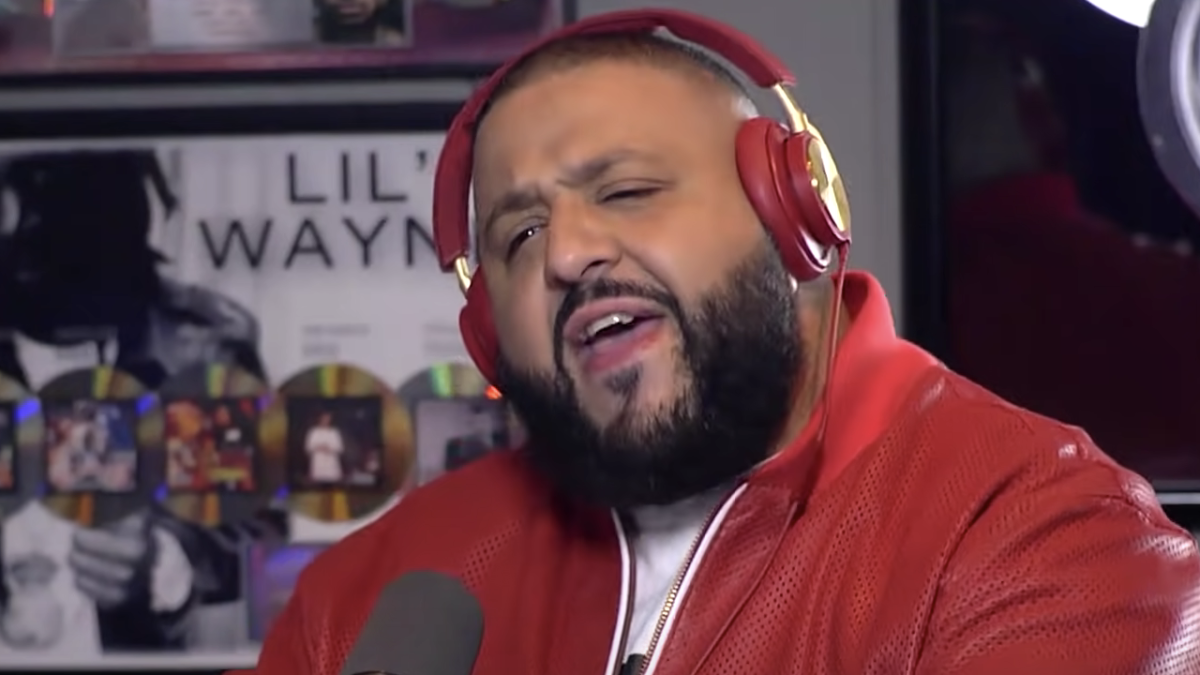 DJ Khaled has come under fire for comments he made on Hot 97 back in 2015 regarding how Hip Hop production has changed for the worse with the introduction of various digital software.

“Producing changed. They made Logic, they made Fruity Loops,” Khaled said at the time. “It’s called: too easy. It’s called: you tell a computer what to program. That’s why you see everybody is a producer and a DJ now.”

“But it takes a great producer like me to tell them, ‘The sounds is garbage, they’re fake, don’t fall for the trap,'” he added.

How you feel about this ? pic.twitter.com/PyDbqemxVj

Many producers spoke up and took a stand against Khaled, includingHit-Boy, who explained that he actually used FL Studio (Fruity Loops) to produce some of the We The Best mogul’s biggest hits.

“I produced ‘theraflu’ and ‘wish you would’ for khaled and kanye fully off FL studio,” the King’s Disease producer wrote on Twitter on Monday (November 28).

i produced “theraflu” and “wish you would” for khaled and kanye fully off FL studio https://t.co/l2AMNn0ZgK

Cardo, who’s best known for producing Drake’s “God’s Plan” and Travis Scott’s “goosebumps,” among other hits, also chimed in and went directly at DJ Khaled. “N-gga shut up,” he tweeted. “He don’t know shit he talking about.”

He don’t know shit he talking about

The criticism kept on coming for Khaled as many in the industry called him out for working with acclaimed producers who used such programs to create hit records for him.

“he’s worked with hit-boy, sonny digital, boi-1da, &mike will made-it who all use or have used fruity loops. also willing to bet he doesn’t consider how a beat was made when he’s scouting for them he’s just chatting,” journalist Andre Gee wrote, while radio host LowKey added: “Some of his biggest records came from FL Studio tho….”

However, there was one artist in DJ Khaled’s corner as CyHi The Prynce defended his assessment of the modern Hip Hop production landscape.

“Hit boy knows how to use fruity loops but it’s clearly multiple videos of him producing on a keyboard Khaled was talking about programming,” the former G.O.O.D. Music affiliate argued.

“I’m just saying I can tell as a artist if you hand painted it or it’s a print,” he added in response to a tweet from producer Charlie Heat. “ain’t nothing wrong with McDonald’s my n-gga if you a McDonald’s n-gga!!!! But I’m a 5 star Michelin Restaurant n-gga!!! To each it’s own.”

I’m just saying I can tell as a artist if you hand painted it or it’s a print 🤷🏽‍♂️ ain’t nothing wrong with McDonald’s my nigga if you a McDonald’s nigga!!!! But I’m a 5 star Michelin Restaurant nigga!!! To each it’s own https://t.co/wDv6o9g1kG

It’s unclear if DJ Khaled stands by his words seven years later as he hasn’t reacted to the criticism publicly. Check out more reactions to his comments below.

i stand in solidarity with my brothers on fl studio. you guys don’t deserve this slander.

god was in his bag when he made fl studio

Correct me if I’m wrong but doesn’t he outsource his beats from other 🥷s that use fruity loops?? Aren’t there clips of him in studios bangin on an MPC that isn’t even turned on?…someone please give this man a seat.

He stay playing himself since Tyler had him crying . Fl studio goin on 25 years of major industry usage foh https://t.co/Ov7SQJr7At

I couldn't care less about DJ Khaled's opinion on FL Studio, given the fact that he's spent his entire career taking the creations of other producers, engineers, and artists, yelled ad-libs over it, then slapped his own name on the music. He hasn't actually made any music ever. https://t.co/AouIYfl45n

Shout out to these McDonalds drums I added 😭 https://t.co/wYgykgv1NI pic.twitter.com/mV6FVg9Ce4