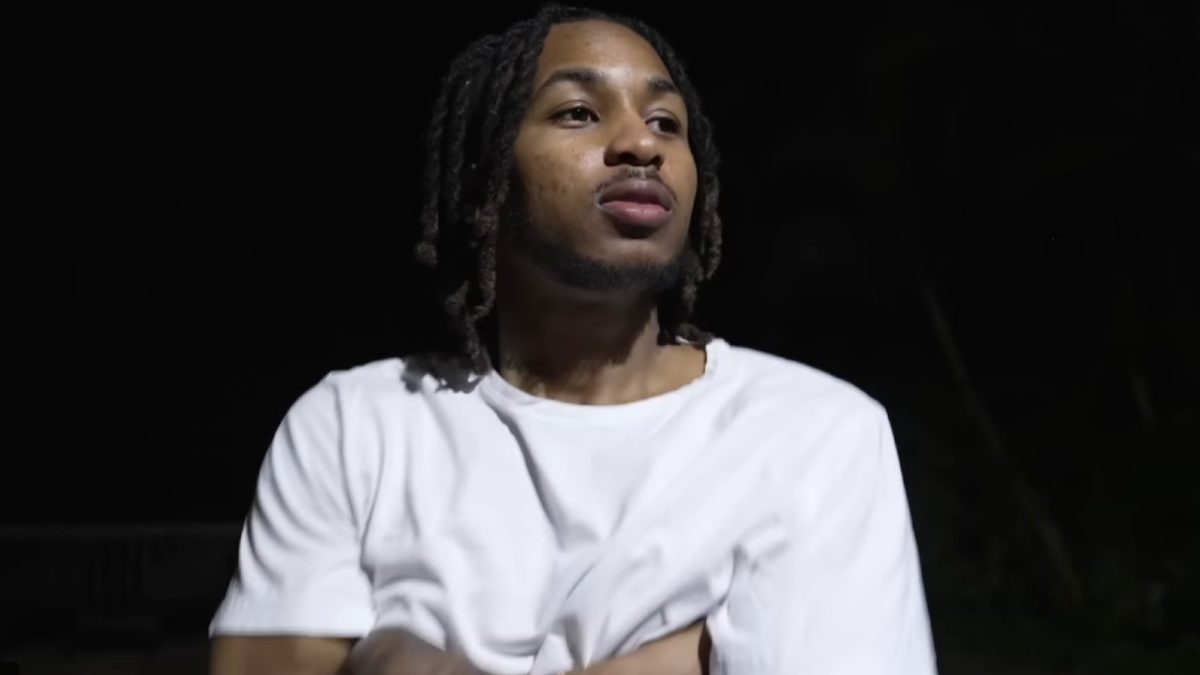 DDG recently went viral for revealing his much-deeper “real” voice, which he’s apparently been hiding because of his insecurities about it.

In a new vlog titled “The Truth About DDG Real Voice” posted to his YouTube account on Saturday (November 26), the Michigan-bred artist explained why fans have gone all this time without knowing how he really sounds.

“I did like, a podcast a little bit ago and I exposed my real voice – and this just goes to show why I don’t use it. I just get real insecure, I don’t like to really, like, expose myself like that,” DDG says just after the 21-minute mark. “I like to stay low-key and just be who I am. And a lot of people be like, ‘Damn, why don’t you just talk in your real voice or rap in your real voice?’ I just feel like it’s too mu’fuckin deep, so I be trying to like, talk regular.”

He went on to say that he feels the voice he’s been using is more relatable to fans, and that the deeper, real voice would garner more jokes than anything.

“It’s just easier for me to grow as a musical artist, creator and shit,” he added. “I just feel like if I use my deep voice, a lot of y’all wouldn’t take me seriously, and it’d be like, funny. I see a lot of people laughing about it and shit, and that’s just like, that’s why I don’t like really using it like that. A lot of motherfuckers take that shit like it’s a motherfuckin’ joke, but it’s just me like, opening up.”

This isn’t the first time the YouTube star-turned-rapper went viral this year. Back in September, DDG came under fire for comments he made about the lasting impact of Dr. Martin Luther King’s work.

Appearing on Bootleg Kev’s podcast and discussing the backlash his girlfriend Halle Bailey received following for her upcoming role as Ariel in The Little Mermaid, he [allegedly] joked that he thought MLK had ended racism.

After people started calling him ignorant and uneducated upon the clip going viral, DDG took the opportunity to clarify his statement in a comment on The Shade Room.

“I was valedictorian in high school,” he wrote, “obviously mlk ain’t stop racism.. it’s called exaggeration lol see this what’s wrong with our people these days. We attack each other all day everyday & no one else smh.. #BLM [fist emoji] y’all have a blessed one [heart emoji].”