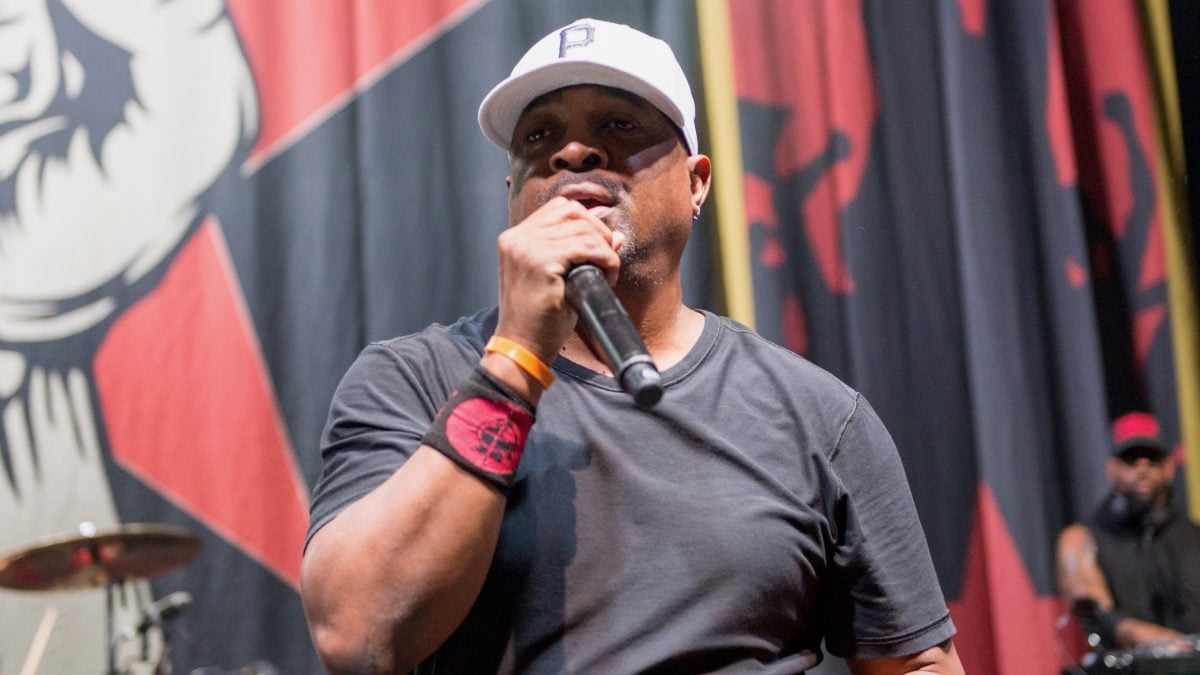 Chuck D Calls For N-Word To Be Banned On Twitter

Chuck D has never been afraid to tackle sensitive topics head on, and the legendary rapper is now calling for the N-Word to be banned from Twitter.

On Friday (December 2), the Public Enemy frontman tweeted directly to Elon Musk, the new owner of Twitter, about his concerns regarding the use of the word on the social media platform.

“Yo @elonmusk the next thing twitter should do is ban the N-Word the N**ga & ni**er by anyone that uses it here,” Chuck D wrote. “Then we know things are pointing in an equalized direction. Then you can convince Zuck to do the same at IG FB get it outta here suspend em. It’s as bad as that symbol.”

In a second tweet, he continued: “It ain’t like kicking somebody’s tail in a fight. It’s all words and images here .. keyboard sht … so I’m not talking about anywhere else except social media right now because it can be done .. there gonna be a lotta people backbroke over their ‘pet’ getting smashed on here.”

It ain’t like kicking somebody’s tail in a fight. It’s all words and images here .. keyboard sht … so I’m not talking about anywhere else except social media right now because it can be done .. there gonna be a lotta people backbroke over their ‘pet’ getting smashed on here..

After receiving some backlash from other users who didn’t agree with his idea, the “Fight the Power” MC doubled down on his stance.

“Social Medias pet dog .. hey the original MC rule was never get lazy with W O R D S,” he wrote. “They have impact..some folk gettin all ass-hurt because I suggested taking one bad tooth out of their keyboard grill. It’s not censorship it’s against stupidsht. Everything is mixed in 1 BS bowl.”

Chuck D raised the issue on Twitter after Kanye West was suspended again from the platform for posting a photo of a swastika and expressing his admiration for Adolph Hitler and the Nazis.

“I like Hitler,” he said with his face covered up with a mask, “I love Jewish people, but I also love Nazis.”

“The Jewish media has made us feel like the Nazis and Hitler have never offered anything of value to the world,” he continued. “I see good things about Hitler, also.”

According to Twitter’s Hateful Conduct Policy, the app does not promote any speech or violence against anyone “on the basis of race, ethnicity, national origin, caste, sexual orientation, gender, gender identity, religious affiliation, age, disability, or serious disease.”

Interestingly, Twitter experienced a 500 percent increase in the use of the N-word in the first 12 hours of Musk’s ownership.

Besides attempting to keep Twitter free of racial hate, the “Strong Island” native recently announced the release of Fight The Power: How Hip Hop Changed The World on PBS which premieres on January 31, 2023, and will be available on all streaming platforms.

“The Hip Hop community has, from the start, been doing what the rest of media is only now catching up to,” Chuck D said in a statement about the docu-series. “Long before any conglomerate realized it was time to wake up, hip hop had been speaking out and telling truths.”