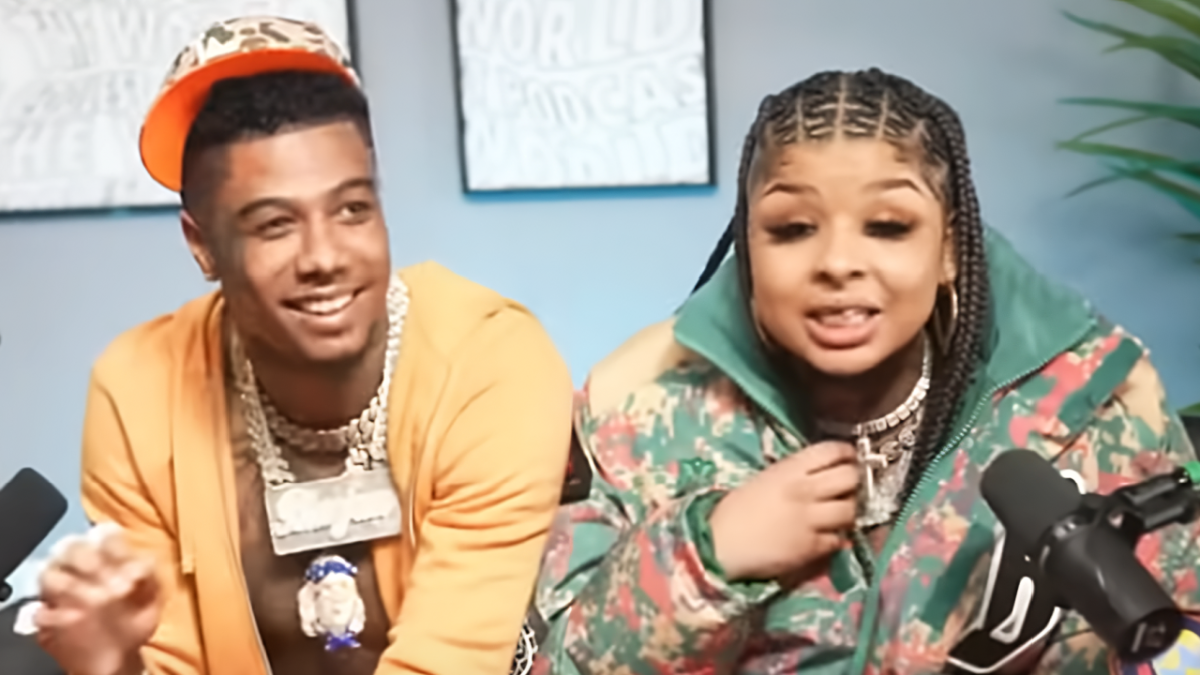 Chrisean Rock and Blueface have shared a new song in the wake of their ongoing pregnancy drama.

The latest hitch in the couple’s turbulent relationship started when Rock claimed to be pregnant with the “Thotiana” rapper’s baby earlier this month, prompting Blueface to demand a paternity test and adamantly deny he’s the father.

Blueface also allegedly called it quits with Rock, but the latter has since maintained that Blue is the father and that they are very much still together.

“[Blueface is] just being a clown,” Rock told Complex. “He’s just mad that I went to Baltimore and didn’t tell him. I said I was in L.A. with my home girl Stunna [Girl] and I wasn’t. I was in Baltimore with my family.

“I took a trip, and he’s blowing up my phone like, ‘Where you at? Where you at?’ I ghosted him for a whole 24 hours, so he can’t live with that. He didn’t know if I was with a n-gga or if I was really with my family, so he got to poppin’ it like a little bitch.”

Judging by the couple’s new song “Lit,” which dropped on Wednesday (January 25), the tumultuous pair appear to be very much together as they join forces trading bars over a driving trap beat.

The RomeosVisuals-directed affair features footage from Blueface and Chrisean Rock’s chaotic interview on The Sharp Tank podcast last week. The episode fell into disarray when Chrisean began having a meltdown on set and was forcibly removed from the building by security, kicking the studio’s television in the process.

Hours after footage of the incident was shared on social media, Chrisean explained what happened in a lengthy Instagram post. “Blue told them to take me out of the interview once I got up after I said something to [sic] revealing n it wasn’t good look for blue,” the message began.

She went on to say that the entire episode fell apart after she contradicted Blueface’s account of an incident involving her allegedly attacking him with a piece of glass during a fight, which prompted him to hit her back. Chrisean said she was the one to land the first blow.

While Rock has continued to celebrate her pregnancy and expressed her hopes to have twins, Blueface claimed he is not the baby’s father as his Crazy In Love co-star allegedly had 10 different sexual partners in the last 12 months.

“To answer y’all questions yes me an rock are officially done it’s strictly business I tried it an clearly it wasn’t giving before she announces…she’s pregnant with somebody else’s child not mine,” he tweeted. “Rock has had encounters with 10 different men in the last year until I see DNA test then it’s not mine.”

He added: “I know I know y’all thought she was all about me…me too lol but the facts are facts being my BM would be a blessing. She must be currently drinking while pregnant that’s a red flag. It’s not a blueface baby.”