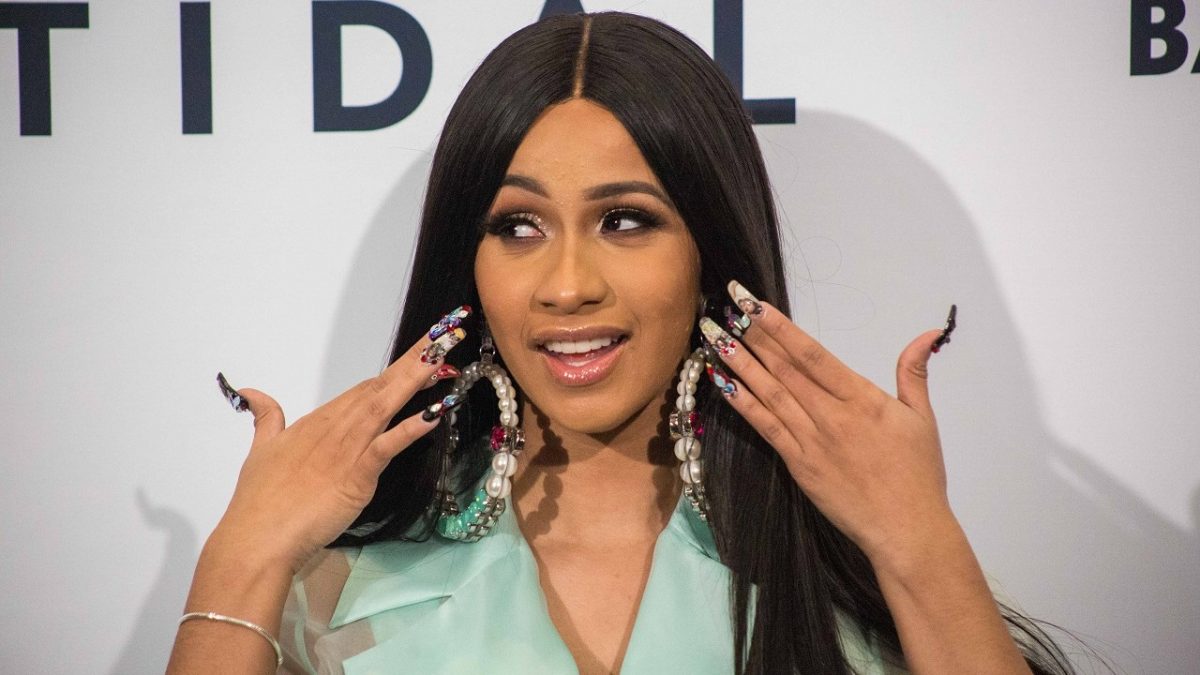 Cardi B has shot down a fan’s theory that she has delayed releasing her sophomore album out of fear that it may not do well.

According to HotNewHipHop, Cardi took to Twitter recently to respond to a fan who offered the theory via social media, referencing the underwhelming first-week sales of Saweetie‘s latest EP, The Single Life.

“This girl right here is literally the prime example of how y’all pick and choose who y’all gon’ say something about and who y’all gon’ critique on they career,” he said in a green screen video over a photo of Cardi B. “This girl has not released a album since 2018, that’s going on six years. She’s scared to release, but y’all ain’t said nothing.”

“If we’re gonna talk about somebody’s sales and where their career is, keep it even,” the TikToker continued after asserting that Cardi B’s Kanye West and Lil Durk-assisted top 20 single “Hot Shit,” didn’t do well. “Usually you have two singles, and then you release the album. She’s done had ‘WAP’ and ‘Up’ and a album was supposed to happen after that, what happened? She’s scared to see those numbers, that’s all it is.”

“I’m never afraid of numbers honey,” Cardi responded in a tweet that has since been deleted tweet. “And I don’t gotta put an another album if I want to I EATS GOOD OF MY diamond records alone [wink emoji]. Don’t drag other bitches to make your point drag the man that’s running their mouth…Grown man!”

She then supported her statement by sharing a tweet from Touring Data about her record-breaking 2019 arena tour, which made Cardi B the first female rapper to gross $1 million per show.

“Mind you it was only 7 shows…,” she captioned the retweet. “Let’s not talk about numbers.”

Mind you it was only 7 shows …..Let’s not talk about numbers. https://t.co/BITt4Lkwp2

“I am a human baby.. when I drop my album I’m touring the world,” Cardi continued. “I gotta mentally & physically prepare myself for all of that .I didn’t have management for 2 years and now I’m feelin ready ..I DO THINGS ON MY TIME MY WAY.”

Cardi then seemed to have a change of heart, deleting the statement above, and closing the conversation with one last tweet.

“You know what ?” she wrote. “Let me hush ….Less talking, more action for haters to have a reaction [smiling emojis].”

You know what ? Let me hush ….Less talking, more action for haters to have a reaction 😊😊😊

While fans may call Cardi B’s numbers into question, she hit a significant milestone in October by reaching over 100 million RIAA-certified units sold.

According to Chart Data, the certification includes albums, singles and guest appearances that the Bronx rapper has amassed in her remarkable, award-winning career. With over 54 million digital sales, she’s the highest-selling female rapper to date.

Cardi B Vows To 'Stomp' The Game With New Album

The news of Cardi B reaching over 100 million units follows the RIAA’s announcement that “Bodak Yellow” and “I Like It,” featuring J Balvin and Bad Bunny, have each sold 11 million units in the United States.

As the lead single from her critically acclaimed album Invasion of Privacy, “Bodak Yellow” made Cardi the first female rapper to earn a diamond record and the first to top the Billboard Hot 100 as a lead artist in 19 years.

With  “I Like It,” Cardi B became the first female rapper to earn several No. 1 hits on the Hot 100. She now stands alone as the only woman in rap history to have two songs certified as 11 times platinum.