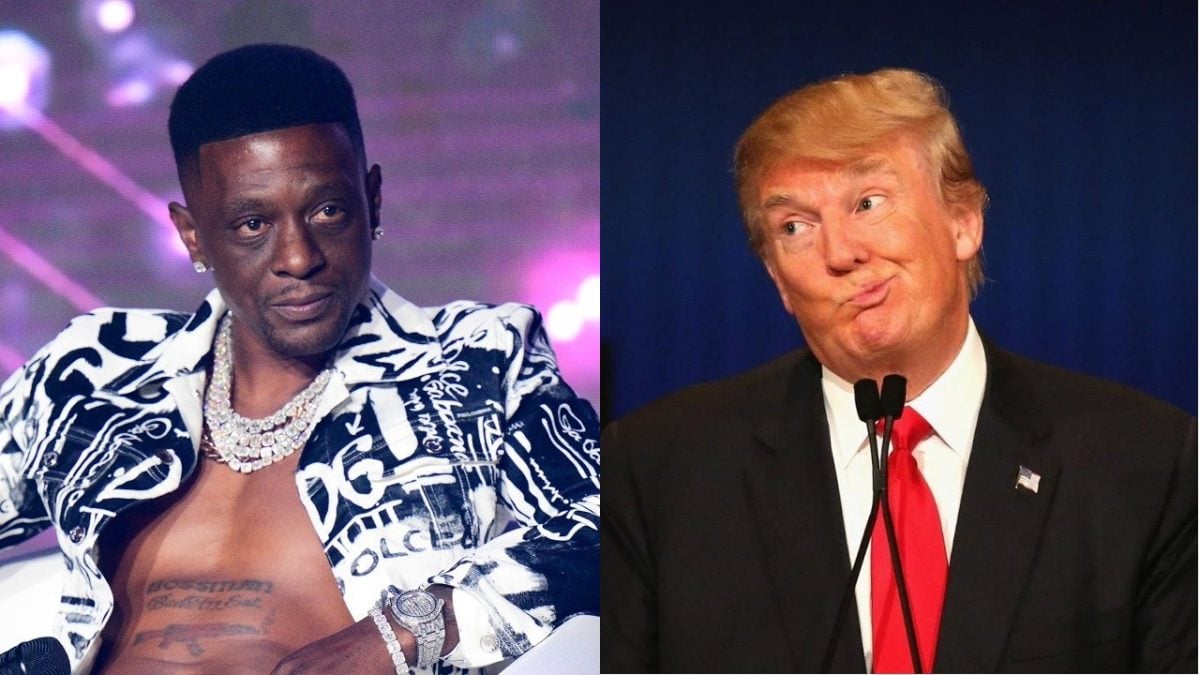 Boosie Badazz has once again taken to social media to take Donald Trump to task, this time over the former president’s stance on drug charges.

During a speech announcing his 2024 presidential bid, Donald Trump vowed to “wage war upon the cartels and stop the fentanyl and deadly drugs from killing 200,000 Americans per year.”

Trump went on to add: “We are going to be asking everyone who sells drugs, gets caught selling drugs, to receive the death penalty for their heinous acts.”

Boosie, who has had his fair share of run-ins with the law, didn’t take too kindly to Trump’s pre-campaign promise. “Death penalty for drug dealers WTF!!,” he tweeted. “@potus45 is you go have death penalty for white cops who kill innocent black men ?”

Boosie Badazz has been arrested on drug related charges on three separate occasions, most recently following a traffic stop in Georgia.

The Baton Rouge rapper was in the passenger seat of a black Cadillac SUV when he and the car’s 19-year-old driver De’Shun Lawrence were pulled over due to the vehicle’s illegal tints. After stopping them, police officers claimed they could smell marijuana, leading them to searching the vehicle and finding a bag of weed and a large bag of cash.

Boosie was cited for marijuana possession and allowed to leave the scene.

A 2019 traffic stop led to authorities in Coweta County — just outside of Atlanta — finding a loaded 9mm handgun, marijuana and over $20,000 in cash in Boosie Badazz’s car. He was eventually charged with possession of marijuana, possession of THC and possession of a firearm during a felony.

He avoided prison time after pleading guilty to misdemeanor possession of marijuana in exchange for having two other charges — possession of a controlled substance and failure to maintain lane — dropped.

Much earlier in his career, Boosie Badazz was arrested in 2009 for a third-offense marijuana possession charge and violation of probation. Two years later, and while still incarcerated, the rapper was sentenced to an additional eight years of hard labor after pleading guilty to drug charges stemming from an attempt to smuggle codeine, ecstasy and marijuana into prison.

The drug charges brought against the Bad Azz Entertainment founder came while he awaited trial for first-degree murder charges after he allegedly ordered a hit on a 35-year-old Baton Rouge man in late 2009. Boosie was found not guilty by a Baton Rouge jury in May of 2012 (via USA Today).