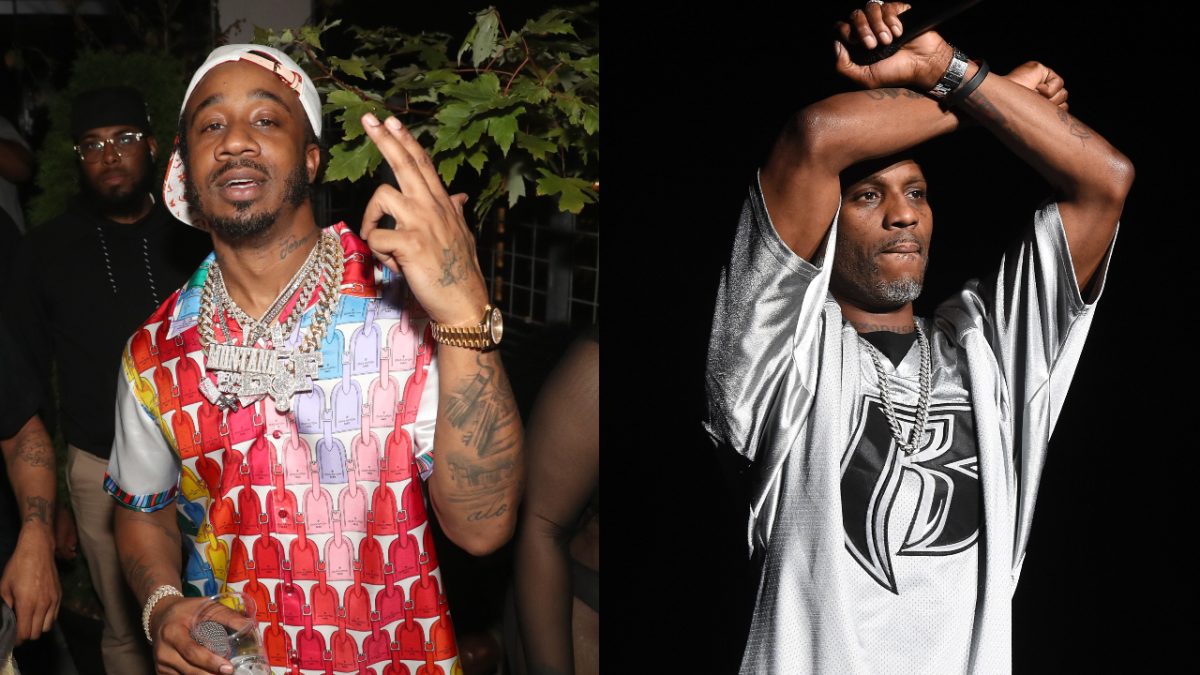 Benny The Butcher has vowed to drop the best Def Jam project since DMX’s groundbreaking 1998 debut, It’s Dark and Hell Is Hot.

The braggadocious claim was made by the Buffalo rapper on Twitter, where he wrote: “Imma have the best Hip Hop @defjam album since DMX ‘It’s Dark & Hell is Hot’.”

To clarify how bold this claim is, Spotify’s Head Of Urban Music tweeted out that if Benny’s statement came to be true, that would mean it’d also surpass every Kanye West project from College Dropout to The Life of Pablo, JAY-Z’s Black Album and Blueprint, Jeezy’s The Recession and Thug Motivation 101, Pusha T’s Daytona, Scarface’s The Fix and YG’s My Krazy Life.

DMX’s It’s Dark and Hell Is Hot has been hailed as one of the greatest debuts in rap history. The project debuted a No.1 on the Billboard 200, moving 250,000 units in its first week, and has since been certified four times platinum by the Recording Industry Association of America (RIAA).

That would mean better than…
Jay-Z, Blueprint
Jay-Z, The Black Album
Scarface, The Fix
Jeezy, Thug Motivation 101
Jeezy, The Recession
YG, My Krazy Life
Pusha T, Daytona
Every Kanye album from College Dropout to The Life of Pablo https://t.co/BXLY3sAVyH

The last solo effort from Benny The Butcher was Tana Talk 4, which was also his first Def Jam project since signing with the label last November. Benny’s third studio album debuted at No.15 on the Billboard 200, moving 20,000 units.

Prior to the project’s release, the Griselda member also made a braggadocious claim and said it would be a heavy album of the year contender for 2022.

“While n-ggas be talking their shit, who wanna bet my shit go crazy when I drop Tana Talk 4,” Benny asked his fans in an Instagram video. “If anybody doubting me, who wanna bet? What we talking about? Who wanna bet me?”

However, Benny The Butcher’s signing to Def Jam didn’t sit well with fans at first, who worried the rapper might be in danger of selling out. Benny bit back at these comments in a separate IG video.

He continued: “Y’all gotta use y’all fucking brains before y’all start thinking shit like that. I’m a boss. You feel what I’m saying? That’s how I got here, by making my own decisions, and they understand that so, stop saying shit just to say it.”