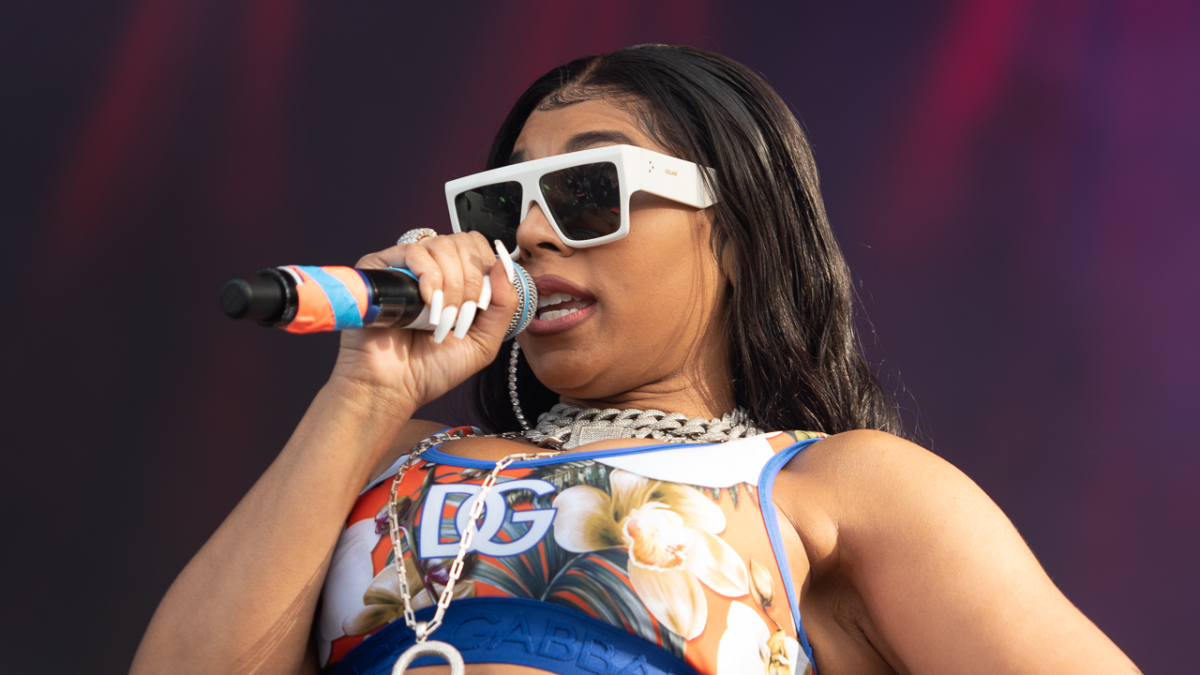 Ashanti Once Wielded Baseball Bat To Defend Sister From Abusive Boyfriend: 'I Was Ready'

Ashanti has always had her sister Kenashia’s back, and now the singer has recalled a time she defended her sibling from an abusive boyfriend to the point she picked up a baseball bat and threatened to use it as a weapon.

Ashanti, Kenashia and their mother, Tina, appeared on the latest episode of Red Table Talk on Wednesday (November 23), where the Douglas women recounted their experiences of the traumatic abuse Shia suffered at the hands of her fiancée, rapper Slowbucks, who she was with for 13 years.

During the interview, Shia revealed Slowbuck once hit her so hard that her teeth fell out and she eventually had to have her jaw wired shut. Even after that incident, the rapper — a former rival of 50 Cent — continued to stalk her.

With Ashanti’s adrenaline pumping through her veins after Shia called her one day, the R&B singer pulled up by herself wielding a baseball bat to defend her younger sister.

“I was like, ‘Oh, nah.’ And I went into the garage, I got the bat, I pulled up in the truck, I had vaseline,” she remembered. “I was ready. Yeah, I was by myself, ’cause I had the adrenaline. You know what I mean?”

As she continues to be an ally to those who have suffered domestic abuse, Ashanti took to Instagram last month to commemorate Domestic Violence Awareness Month and shared a sobering photo of her sister bloodied and bruised.

“Words will never be able to express the amount of pain, fury and disgust I feel reliving these moments… but at the same time I am so proud of how strong, courageous, resilient and unbreakable you are. My sister is a warrior! I love you deep and infinitely,” Ashanti wrote in her caption.

“Thank you for being so brave and bringing awareness to this evil, vile and sad behavior that so many women face every day. You did it! You won! Some women feel so scared that they have no way out… by sharing your story you bring hope, strength [and] continue to raise awareness for Domestic Violence.”

Shia went public with her abuse in 2020 after posting a chilling photo of her face injuries, and admitted that she had to have surgery to reconstruct her jaw and mouth as a result. 50 Cent reshared the disturbing pics while calling out her ex-partner.