JAG Got His Voice Back & Now He's Poised For Success 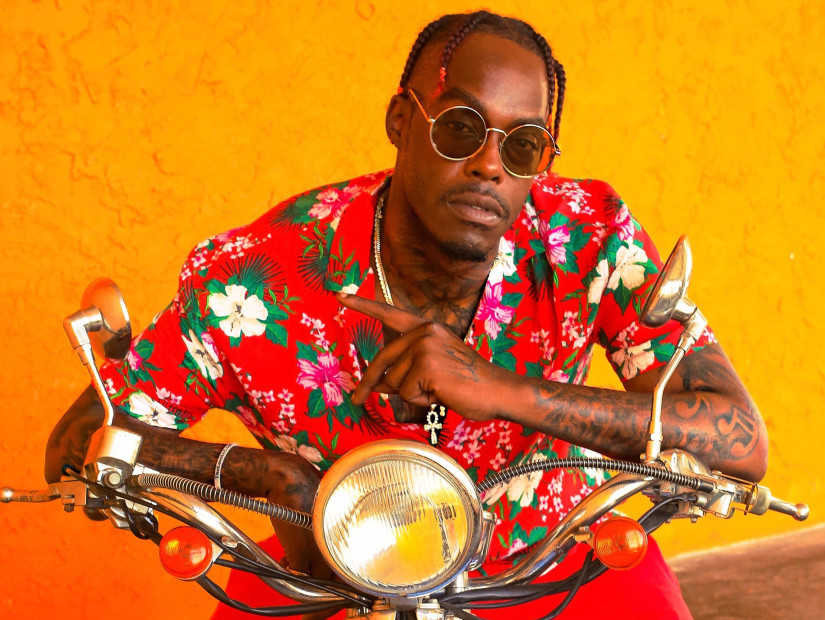 For all the importance placed on wordplay, flow, and everything else related to being a rapper, perhaps nothing is more essential to the profession than artist’s voice in itself. With it, one has the power to reach millions of listeners across the country and around the world; without it, that same artist is nothing more than another floating particle lost in a sea of aspiring lyricists.

So when JAG’s voice went out for over a year as he was gearing up to release new music, the South Central rapper was understandably on the verge of breaking down.

“Sometimes I cried, bro,” candidly recalls to HipHopDX while rolling a blunt at a friend’s house in Los Angeles. “We didn’t know. It got to the point where we were talking about, ‘what if it never comes back?’ That was a scary feeling. But it changed my voice, gave me power in my voice when it did come back. Everything happens for a reason.”

JAG vividly recalls the moment he recorded “In Dey Feelings” with Cassidy, the first song he wrote when his voice eventually returned to him. Unhappy with his state of mind in L.A., he flew out to New York with intentions of refocusing his mindset, yet inevitably ended up in the studio while he was there.

“I had no plans on recording. The plan was just to get my mind right, be around the music with Cass, focus on some other shit,” he said. “But when I got there, Cass was like, ‘we’re getting in the studio.’ I had seen specialists, I paid for the best medicine, all of that. The doctor had said I was good, so Cass was like, ‘go in the booth then.’ Man, it took me three or four tries, but I got it out. He kept stopping me to say “breathe, you got to breathe and just say it.’ But I got it out, I called up my manager and was like ‘bro, I just did it!’ It was crazy.”

Thus, JAG’s eventual debut album was a monumental occasion, after all the steps and setbacks he had to endure to reach that critical point. Released in 2017, he titled the project Dalton Ave to pay homage to the street he grew up on, chronicling his experiences while leaving nuggets for others to pull from as well.

“Out here, by the age of 15 you’re pretty much an adult if you’re from the streets,” he said. “I dropped out of high school at age 15, I ran the streets a lot. I started traveling around 17-18 years old, trapping, Greyhound, doing all that type of stuff. I just really didn’t want that life anymore, and music really had me. So growing up on Dalton Ave, it pretty much helped me be the artist I am now, where I can talk to people from the streets and change their life, because I’ve been there.”

Songs like “Buckets” saw him spilling his mind over soulful instrumentals, while a heartfelt hook from Db Bantino ties the song together well. On “Mannequin Challenge,” however, he dials up the aggression to dissect the fake men and women around him, lashing out over pounding drums that add weight to his words. On both songs, his passion is unmistakable, highlighting the energy he looks to build his albums around.

“I want all my albums to feel soulful; like how Fab was doing soul tapes, I want that, but with real songs,” he said. “The EP is where you’ll hear the commercial JAG, the artist that everyone wants, the one that has to be out there to compete with all the other artist. The radio JAG, if you will.”

“Radio JAG” will be prominently featured on his forthcoming 2700 EP, slated for release later in August. Featuring heavyweight names such as Ty Dolla $ign, Problem, and Trey Songz, JAG wants the project to show that he’s leveled up as an artist, and he’s pulling out all the stops to ensure that it happens.

“It’s a new JAG, a JAG that sounds like a star now,” he said. “I’ve got major features and major producers, the production is crazy. Every project prior to this, I handpicked my beats via YouTube or SoundCloud, we did it that way. Now that I have an actual buzz, we’ve got the Business Boys, the Jordon Manswells, the Honorable C-Notes, it’s real production now. It sounds like JAG signed to a major.”

He has the trophies to back it up, with his songs getting rotation on NBA TV, music featured on T.I.’s current BET show Grand Hustle, as well as movie placements yet to be announced. Most notably, his striking visual for “Kaepernick Effect” made significant noise, elevating his platform and helping him get the resources necessary to keep growing the movement.

“Everything changed, bro,” he said about his life after the video started getting traction. “My followers went up, my contacts went up, talking to A-list artists. I went from trying to figure it out to having a whole plan, having our own money behind it, having music on the big streaming outlets, making the playlists, putting out singles with major artists. Everything’s different now.”

JAG’s come a long way from his beginnings on Dalton Ave, but he’s still inextricably tied to his neighborhood. He cites his mother’s two-story, white picket fenced-house on the block as inspiration for his career, reminding him that it was still possible to shine and succeed even in the midst of the dire circumstances all around. Still, when asked to recall a singular memory that best sums up his experiences growing up there, he takes a long drag on his blunt, pausing for a moment to ponder before admittedly shaking his head no.

“You know what man – nah, and that’s actually why I’m doing what I’m doing,” he said. “To be that guy that the kids can say, ‘oh, I remember something on Dalton Ave that changed my life,’ this is what changed my life. Coming back and getting ready to give back to the neighborhood, going to the park up the street from my house and throwing a concert there, doing shit that nobody has ever done in my hood. We’ve never had anything special in my hood, it’s been gangbanging, killings and drugs the whole time I was growing up there. That’s what gave me the spark to do something different.”

Stay up on JAG’s latest moves by following him on Instagram @jag.