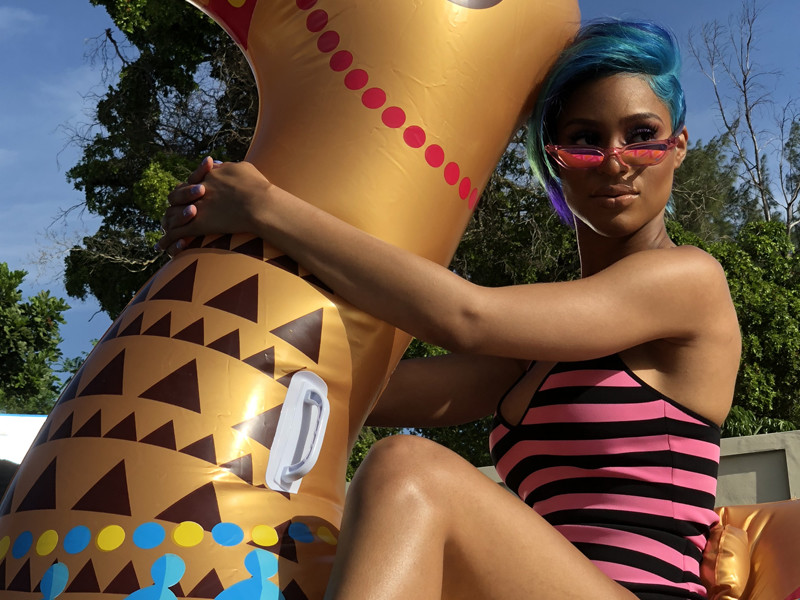 Not many artists have had a journey quite like Dade County, Florida, rapper Brianna Perry. She made her debut at the young age of 10 via Trina’s 2002 album Diamond Princess.

From there, she went on to record — and scrap — an LP with Timbaland and Missy Elliott. She then gained widespread acclaim with a string of high-profile mixtapes.

Most notably, she was a regular cast member on Oxygen’s Sisterhood Of Hip Hop. Add that to having worked with royalty in the game including superstars like Pusha T and Future she’s done more than some artists do in a whole career.

However, as the exposure on Sisterhood Of Hip Hop had ideally set the stage for her debut album with Atlantic records, reshuffling at the label put her in limbo, leading her to walk away from the situation amicably.

“There are great people [at Atlantic] who I consider family and our relationship isn’t tarnished … but business wise I just felt like things weren’t making sense,” she tells HipHopDX. “I wasn’t able to be the artist that I felt like I was, creatively.”

“It was time for a change,” she continued. “Since then I’ve just been, I’ve been on my grind, which isn’t foreign to me … It isn’t new to me.”

Currently, Perry’s affiliated with Poe Boy Music Group — the Miami-based indie imprint responsible for major releases by acts like Rick Ross and Flo Rida. It’s a label that Brianna first worked with at the age of seven and has continued to rep throughout her career. “I came in the game with them,” she notes.

Now — after all these years — Perry (just 26-years-young) is about to drop her first EP, Fortune Cookie, set to feature names like Gunna, Offset, and BlocBoy JB, who appeared on the project’s first single “Slow Dance.”

“There are a lot of little surprises,” she says of the upcoming project. “I feel like it’s a lot of flavors, different songs. I can’t even describe it, man. You just got to listen.

“Not having that big machine behind me, I went back to my roots, back to where I started,” she further explains. “I got to grow not only as an artist but as a young woman… I just put it in my mind that I wasn’t going let the situation with the label stop me from chasing my dream that I had.”

Having come into the game at such a young age, she chalks much of the milestones — and drama —  as major learning experiences, which she can take forward into new situations.

Ultimately, Perry states that everything has happened according to plan. “I feel like it’s all just a part of my journey … part of my makeup.” As she further elaborates, her persistent slow-rise to commercial success since her debut is (optically) something that is sorely needed.

“A lot of times we only see the result… like, we don’t see the blood, sweat, tears, and sacrifice that it took,” she says. “I feel like somebody who’s followed my journey will see what hard work can get you. Everybody isn’t an overnight success.”

“If I can represent that to some little girl watching me, then I’m more than fulfilled,” she adds.

There is currently no set release date for Fortune Cookie, but you can stay up on her latest moves by following her on Instagram @briannaperry.

I can’t wait for the world to hear #FORTUNECOOKIE ???? just knoooooo ?