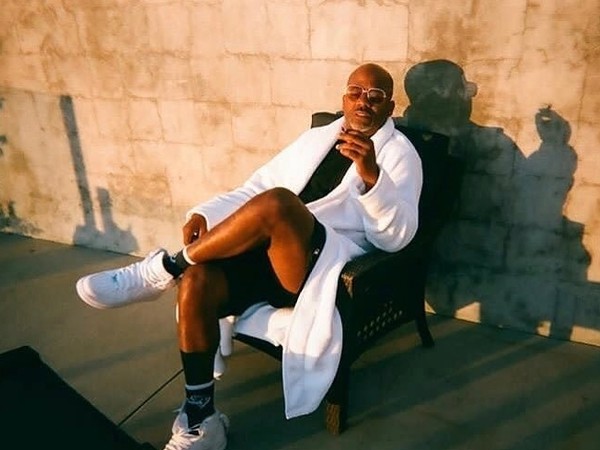 Dame Dash has played a major role inside and outside the realm of Hip Hop. For the past couple of decades, Dame’s had his hands in everything, from the career of the most successful rapper alive to some of the biggest movies in the urban sphere.

Dame recently stopped by DXHQ to politic with the #DXLive crew about a myriad of things, such as his career in film and music, JAY-Z being the best, and not having listened to 4:44 yet.

On His Experiences In The Film Industry

“I think the one that was my most favorite to make was Paid In Full and the reason why is because it was a personal experience,” Dame recalls about his film career. “I actually saw it. I know how it changed me. Everything that was spoken about, I saw with my own eyeballs. I think I was the only person that was in the position I was, that had seen something like that, and was able to recreate that from first hand experience.

“I did enjoy making Kevin Hart’s first movie, Paper Soldiers, [as well]. That’s because it was [nothing but] comedians. We laughed all day. It was great to cut Kevin up all day. He had all the comedians and I had my crew. I’m from Harlem, 142nd Street. We’re all funny guys. We snap [on each other]. In the hood, you gotta be funny and you gotta have a knuckle game — be ready for a fair one. We’ve always been funny, so I would bring my crew on the set, it would be all of them and it would just be war. In Harlem, you gotta be a funny nigga to survive. You gotta know how to dance, fight and snap. I’m a regular dude. It’s what I do. Y’all seem like funny cats [but] I’m just really funny. Then actually doing The Woodsman was different because I knew that what I was doing was way out of what was perceived as a Hip Hop mogul [thing] to do. I had Kevin Bacon and Kyra Sedgwick and all these different people. I knew what I was doing. I was trying to get at the Weinsteins. I wanted to do some indie shit. I’m sick of white people always taking black money from black culture. I wanted to exploit some white culture.”

Delving Deeper Into His Passion For Film

“I didn’t like how Hollywood was running so I made my own [lane],” Dame said. “I learned how to make movies myself. I learned how to distribute them myself. I can’t ever see somebody telling me what to do with my art, and movies is where I do my art. With music, I can make beats. I taught my son how to rap but that’s not my art. That’s not what I do as a passion to escape. What I do to escape is I make movies where I can showcase my point of view — where I can show my music, my fashion, my ability to tell a story, my editing process. It’s an art. I can’t see somebody compromising what I’m so passionate about if you strong enough to fight for it. I’m strong enough to fight for my life everyday. I stuck a needle in my leg, so why would I let some lame tell me what to do?”

On His Disinterest In The Music Business

“Do I miss being around nerds telling me what to do? Not at all,” Dame explained. “That was like high school. It was fun being that age and doing those things and embarrassing those people but it was a waste of time [to do it] any further. I did what I needed to do. I was overqualified for something to be playing games with me all day. It was more shit I wanted to do. Music is going to always be a part of my lifestyle. I’ll always have a studio. I’ll always make music, but I was lucky enough to be able to walk away on my terms and no one could believe that so they made it look like it was different terms than what it was. But we all know what it was; we know what it is. We know who’s still here and what I’m doing.”

On What’s Next In His Career

Entrepreneurs, Innovators and CEOs Mike from @afrezzainsulin, @jeffdachis CEO of @onedroptoday, and Dame talk revolutionizing diabetes management and how their innovations are disrupting the Diabetes Market. ?? #Afrezza #OneDrop #BossTalk Click the link in bio to watch the Full 20 Minute Episode. ? 5 minute clips on YouTube.com/dashdiabetesnetwork

[Because] at the end of the day you’re going to be like, ‘Yo, I been here all day and I ain’t done shit.’ I don’t want that Ain’t Done That list. I want the Did That list. I went and did it. A lot of people get scared. They don’t wanna leave what they’re used to. They feel some kind of security there but it’s insecurity when the world is going on around you and you sitting there doing that one thing for 25 years straight and then you’re happy because somebody gave you a title. That’s not what I feel, that’s success. You can judge my success based on how many other people around me I made rich. If y’all don’t get rich after y’all around me then something’s wrong because I’m contagious. Kanye doing good. JAY-Z doing good. Lee Daniels is doing good. Kevin Hart is doing good. Rachel Roy is doing good. Did that.”

“That was my man,” Dame explained. “We all make good music at Roc-A-Fella but some of us were willing to do things that others weren’t and that’s what dictated if we hit pop culture or not. Some were willing to have a publicist and be outside and be social and be on the red carpet and fucking do all the shit you had to do to be politically correct — to be accepted in certain rooms so you can be in Us Weekly and GQ Magazine. Some were so rowdy that they couldn’t show up on time [and] I couldn’t stand up for them. It’s that kind of thing. So depending on if he would have got that hit record, how he would have conducted himself would have dictated how big he would have been. But generally speaking, let’s say he wouldn’t have made it to that pop culture degree of success, he’d be like a Cam’Ron or a Nas or something like that because he’s so respected for his lyrics.

“My relationship with him was just this: I was from 142nd, he was from 139th or 140th and we knew each other before rap because we were all in the same neighborhood on Lennox. We were all from the same neighborhood, so when he got in the music business and I was in the music business that made us cooler. If I were like a C.O. in a jail and my friends go to jail, they’d have a run of the jail. My thing was that as long as I had Roc-A-Fella, and you deserved it, and I could put you in position because I was there, I was like come on. I believed in him but we was all from the same block and we got a responsibility to look out for each other. He was always my homie; he was always really cool.

“Before [Big L’s impending deal with Roc-A-Fella], it was Children Of The Corn. That was Cam’Ron and that was Big L and that was Ma$e but it was also Bloodshed, who died. They used to all come to my house. I was an older dude, older than them, and I had money and shit. I had my own apartment. They smoked weed and I used to drink. When I used to come in at like five in the morning, they might be coming out. I’d see them out smoking blunts. I’d be like, ‘Yo come in the house.’ They were the only dudes I would kick it with like that. They were like the younger guys that I used to hang out with. We were really like brothers. He could have been big. He woulda got to Roc-A-Fella and who knows who he coulda connected with over there. Who knows how he would have carried that and conducted himself.”

On The Epic Battle Between JAY-Z And Big L

“The most legendary shit was the battle with Big L and JAY-Z,” Dame recalled. “They had a straight up battle on 139th Street. We walked over there and it happened. I thought JAY did well because 139th Street didn’t boo him off the block. It was like a tie but he was really on [Big L’s] block.”

“I didn’t really hear it. I heard about it but I haven’t listened to it. Sounds like he’s listening, or sounds like he’s almost 50,” Dame quips when being told of Jay’s maturity on the album. “If he was 14 saying that or 15 saying that, then that would be amazing. But when you’re 50 or 40, you’re supposed to say that. There’s nothing more you can say without looking dumb. You have to talk about what you’ve learned. If you’ve learned nothing in your 40s, you might want to check a different game.”

Why JAY-Z Is The Best Rapper

“Let’s have a rap conversation real quick,” Dame told the #DXLive crew. “When I was coming up, your vocals and your lyrics had to be good but, in our mind, a real rapper is if you didn’t lie about what you were doing. What set us aside is that we was talking about getting so much money but we was really getting it. We see someone else talking about getting money and [being] a killer, we know you not a killer. That’s what determined what was the best rapper because anybody can say anything. If you can say something real and it’s about your actual experience [then] that’s what’s real. If you telling the truth, if you can keep a beat, [and] make a record about it, then that’s how I judge who’s the best rapper and that’s why I say JAY-Z for Reasonable Doubt.”

For more exclusive interviews like this, be sure to tune into #DXLive every Thursday at 3 p.m. PST. Keep it locked on HipHopDX for all of your music news.