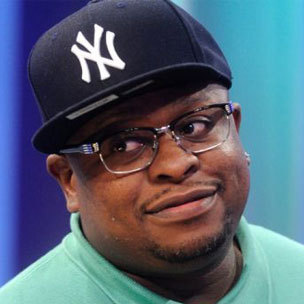 Spoiler Alert: This conversation ends on an ironic note. After nearly 13 minutes of discussing the perils of Hip Hop’s shifting ownership while clarifying his position on White emcees, Rap luminary, Scarface delivers this quotable:

“When you got someone else over Black music, that’s like me going and trying to control the Rock department…”

The macro behind the comparison is detailed within the interview, but the perspective is one that resonated throughout 2013. Lord Jamar, for example, used seemingly every available microphone to highlight his view of racial inequality in contemporary Urban music. Lost in Kanye West’s gaggle of fashion-focused visionary streams of consciousnesses were several intriguing sound bites on how musicians are held to a lesser regard than artists in other mediums. “If there’s a high level of artist—like visual artist or a high level clothing artist,” he told Zane Lowe. “They’ll be held at a higher level of genius points than a musician because the things in music that are selling the most are the least inspired…and the least genius. It confuses things.” Even Nipsey Hussle attacked Complex’s representation of Hip Hop, while being interviewed by Complex. At every income bracket, emcees are challenging the power structure.

Scarface loves dope White rappers joining the cypher, though. He says so in his second sentence below. His qualm is with the way White rappers, with and without talent, are presented with investment opportunities and treated more intelligently than “MC Urban.” In a sense, his opinion represents a logical progression from what many considered a contextually dumbed-down decade: The 2000s. It’s like Real Estate. Wait for the property values to drop low enough, cheaply acquire all the assets then erect what you’d rather see in its place.

The Internet may have gave way for more Hip Hop diversity, but with a consolidated industry, breaking into the mainstream without signing to a major is still highly unlikely. A significant reason Macklemore & Ryan Lewis were able to explode while remaining indie was because of a pioneering one-off singles deal allowing Warner Bros.’ distributor, ADA to service “Thrift Shop” to key alternative markets. The song is great and the duo absolutely put in their 10,000 hours over the past decade. They earned their spot, but they are an outlier.

This conversation isn’t an old man screaming at clouds. This is a wise sage passing perspective forward. Few have seen and accomplished as much as Brad Jordan, Hip Hop or otherwise. Ignorance isn’t bliss. It’s prison. Whether in agreement or disagreement, this is a discussion that Hip Hop has always fostered and one that should continue. Following Game’s recent show at Nokia Live in Downtown, Los Angeles (December 28), Scarface clarifies his position.

Scarface: I don’t know why people try and make it seem like I’m against what the White boys is doing in Hip Hop. I dig that shit. At the same time, the fucking “boss man” make a nigga look stupid and y’all look smarter. They’ll make a nigga look terrible and y’all look better. Don’t do us like that. We fuckin’ dope. You got muthafuckas like Black Thought, Lupe Fiasco. [Lil Wayne] is dope. And there’s niggas that don’t get a spotlight that’s cold as fuck. It really disappoints me that they’re trying to say that I’m against the White boys in Hip Hop. I’m not against the White boys in Hip Hop. That shit is fuckin’ dope. But at the same time, “Big Boy” and them—whoever’s running this shit—make us look dope, too. Don’t make us look fuckin’ stupid like we ain’t got a junior high school education. Give a nigga some shine that’s dope.

HipHopDX: How do you change “the Big Boy” that’s running things from making one group look smarter and the other look ignorant?

Scarface: That’s the image that they’re portraying to the world, though. I don’t give a fuck about what’s happening here. We know what’s happening here. But when you go to Sweden or Russia, they’re looking at niggas in Hip Hop like “What the fuck is this?” If they ain’t hearing the dopest rappers that’s coming out of the United States then they’re hearing what’s not dope. I would really like some muthafuckas that are some real spitters to represent us abroad. Just give us a fair shake. I’ll bet you any amount of money that the contracts read different, too. I’m serious, man.

DX: But how do we change this? What’s the path forward?

Scarface: You get to sit and watch helplessly. Ain’t nothing you can do. You’ve already been tapped into and capitalized on and now they’re getting ready to ration that shit out. You don’t believe me, do you?

DX: I understand exactly what you’re saying, but I wonder how many options there are now…

Scarface: There ain’t none. You seen the Hip Hop Models and all that shit?

Scarface: Ain’t none of them Black. Sorry. All the Hip Hop Models, they ain’t Black. We about to get pushed out of this muthafucka. Don’t take my word for it. Just watch the show.

DX: I think what you’re saying is something that should be talked about [continuously]. I don’t know if the average person sees the difference in the same light. Kanye West came away looking crazy while talking about [artist exploitation and wealth inequality].

DX: So there’s nothing we can do? Is it futile like that?

Scarface: Enjoy it. Enjoy it. You seen the mom & pops [record stores] got fucked. You ain’t paying attention to it? They’re knocking your ass out the game.

Scarface: You getting ready to get fucked. You getting ready to fade that D, bruh. I’m tellin’ you. Watch what I tell you. There ain’t nothing you can do but watch it helplessly. That shit didn’t throw some red flags when all the mom & pops disappeared? They gone! What that do? It takes all the niggas out the game. It takes any chance of a muthafucka coming out the fucking ghetto slinging tapes out of the equation.

DX: I had the chance to run around with OG Ron C in Houston this year. One of the things he mentioned that he leans on is something called the A.L.O.T.—which stands for Arkansas, Louisiana, Oklahoma, and Texas. He describes it as one of the main reasons why Houston’s sound was able to travel so far because the scene was literally built off hustling from person to person. Is that aspect still viable? Does that not have impact anymore?

DX: I think about artists like Tech N9ne. He’s a millionaire but he’s not on television. I believe it is possible to be successful, to be a millionaire, to have ownership even without being a superstar.

Scarface: When you a millionaire, you are a superstar. I love that. And [Tech N9ne] can get across to people without offending them. At the end of the day, when you take an artist like me, Beanie Siegel, whoever’s not going to have a whole lot of crossover appeal—think about it. I feel like if you can go and rock a fucking stadium full of everybody, then you a bad muthafucka.

DX: You have a unique perspective because when you were running Def Jam South, they didn’t want to sign artists like Rick Ross—which you attempted to bring to the label.

Scarface: I had him first. Look at Ross now. Look at Teflon now. He the nigga. I love what the game is doing. I love what Hip Hop is doing but I would rather somebody be in control of that shit that really give a fuck about the craft; not just the dollar. Respect the integrity of that shit. Don’t fucking put MC Suburb and put all that money behind him and make MC Suburb look like he the shit when you got muthafuckas out here that’s way colder than him. You’ve got MC Urban that’s cold as fuck and he can’t get 20 dollars put behind him. And MC Suburb is talking about fucking ketamine and cat tranquilizer and meth like he the dude. But when you got a muthafucka talking about what it is and uplifting the history of us and they don’t want to hear that shit, man. Our only method of communicating is through our music, bro, and with our drums. When you take that away from us, what the fuck we got?

DX: David Banner has talked about this extensively as well.

DX: The last time you and I spoke, you were talking about the secret to longevity. And one of the things that you said was that Big KRIT has the secret because he makes the same sound and doesn’t try to switch it up. And when you switch it up, you lose your fans. Do you still feel that way?

I’ll tell you some dope shit, man. Put some people in control of this craft that really give a fuck about it. I think when you go and talk about the culture of Hip Hop or Urban music or Black music or whatever the fuck you wanna call it, I really think it should be a Black dude that’s over that shit. When you got someone else over Black music, that’s like me going and trying to control the Rock department—even though I do know the music. But don’t get me fucked up. White rappers, I love it. They fucking dope as fuck. But at the same time, don’t make the niggas look stupid.