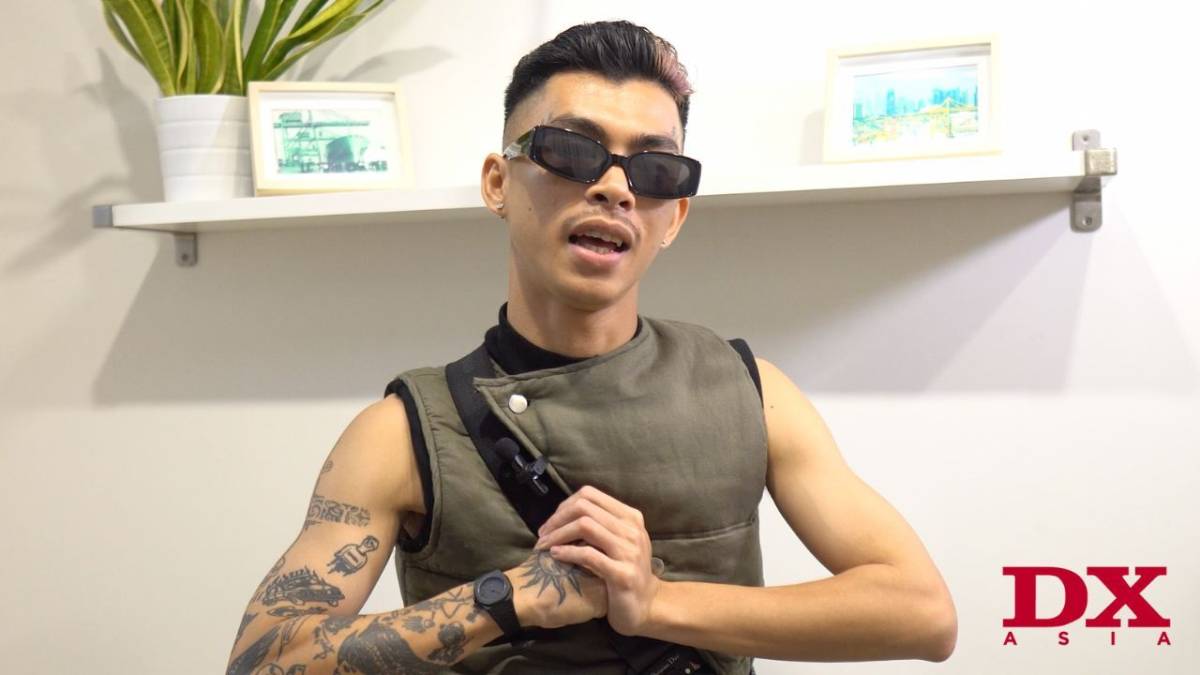 VannDa On Putting Cambodian Culture At The Center Of His Music: ‘The Khmer Instrument Is The Spirit Of The Khmer People’

This time around, all performers (except for Laura Mam) return in the first in-person showcase of AMS in Singapore. This is the first time VannDa—a certified superstar in his home country—brings his music live in front of an international audience, and he’s beyond ecstatic.

“Oh, man. For AMS, last year we did like, an all-digital campaign. This year, I’m so excited to perform in Singapore in person. Can’t wait to see the crowd, the Khmer audience, the Malay audience… I see a lot of fans out there.”

And his fans did turn out. As the festival’s final performer, not only did he enjoy one of the biggest crowd turnout at AMS, but many attendees showed up with Cambodian flags and bantered with VannDa in Khmer.

With millions of fans in Cambodia, a VannDa show is guaranteed to deliver—but he’s not complacent. Despite a sold-out national tour to support his latest album, SKULL 2 (Season 1), he tells us preparing for his first show in Singapore was different. “I did a SKULL tour in Cambodia…for SKULL 2, so it’s like a real, live rehearsal. [I] can’t wait for [the AMS set] because the audience is not like at all like in Cambodia…[they’re] from other countries. I’ve been preparing for months to go to the Singaporean stage,” he shares.

Cambodia may not be the first country that comes to mind when it comes to Asian hip hop, but having followed VannDa’s career in the last year alone, along with many of his fellow Khmer artists, there is a sense of how they actively and purposefully center their music around and within Cambodian culture.

This is why watching VannDa’s music videos is more than an artistic and entertaining experience—it’s also instructive. The music video for his 2021 smash hit, “Time To Rise” with Master Kong Nay, one of the remaining heirs to the country’s musical tradition of using their native Chapei vang deng, has been viewed nearly 100 million times on YouTube. It is also currently the most-viewed music video of a Cambodian artist in history.

One thing about Asians making music for their people is that our cultures are not exploited nor exoticized. There are no compromises in making it appealing for, say, a Western audience. It helps us learn and understand not just each other, but ourselves, better. As VannDa raps in the song in Khmer, “There is so much knowledge that you don’t know / Who will inherit if you remain in ignorance? / Don’t make a false offering if they don’t value you / Escape into the jungle and be the lion / If you find yourself in the river like the crocodile / Stay above the water on floating wood / Be as the flying fox (pull up).”

VannDa tells us the Khmer instruments are what he hopes non-Cambodian listeners will be able to appreciate when it comes to their music. “This is how we connect with people,” and proceeds to list down a number of Khmer instruments like the ខ្លុយ khloy (an ancient traditional bamboo flute), ឃឹម khim, (a stringed musical instrument), រនាតឯក Roneat Aek(Khmer xylophone), and even a self-made water drum—many of which his collaborator Vanthan has mastered, brought in from Singapore, and is at the core of their music and performances. “Everything…Vanthan brought those from Cambodia.”

He goes deeper into it, “For me though, the Khmer instrument is the spirit of the Khmer people. Like, everyone loves Khmer instruments. We need to show them, we need to tell them [that] ‘This is what we do in Khmer…in Cambodia.’ The spirit never dies.”

While VannDa’s music has English lyrics, the majority of his songs are in Khmer. He believes that this offers audiences a new way of listening to hip hop. “The language—we got a different sound, different symbol[s]. It’s a new sound… for the people who’ve never heard [of Khmer instruments.] I think the music speaks [for itself.] Music has no border, one love, one heart. This is how we connect [with others.]”

VannDa wants to also use the opportunity at AMS to learn other cultures as much as sharing theirs. “For me, I wanna exchange the culture. I wanna exchange everything.” He mentioned watching Singaporean rapper BGourd and being amazed by him.

“His performance, it’s fucking crazy, it’s fucking amazing. I watched from the start to the end… It inspired me a lot. Exchange the culture, exchange the instrument, or the skill, everything. We learn a lot…like wow,” he gushes.

So far, VannDa has already collaborated with Thai artists OG Bobby, F.HERO, 1MILL, and SPRITE. He revealed to us other artists he wishes to work with around Asia. “I’ve been planning to collab with many ASEAN artists. Ez Mil from the Philippines, Thai rappers YOUNGOHM and 1MILL, [and also rappers from] Laos, and Korea. I’m still thinking [of more].”

He goes on, “I pick artists that fit well with my vibe, with my instruments, because I’m the producer, I pick who might…sound [well] with me. For example, OG Bobby, like the sound…his tone…matching. This is what I’ve been thinking about and I hope I can get you the answer. Let’s see for the [SKULL] Season 2.”