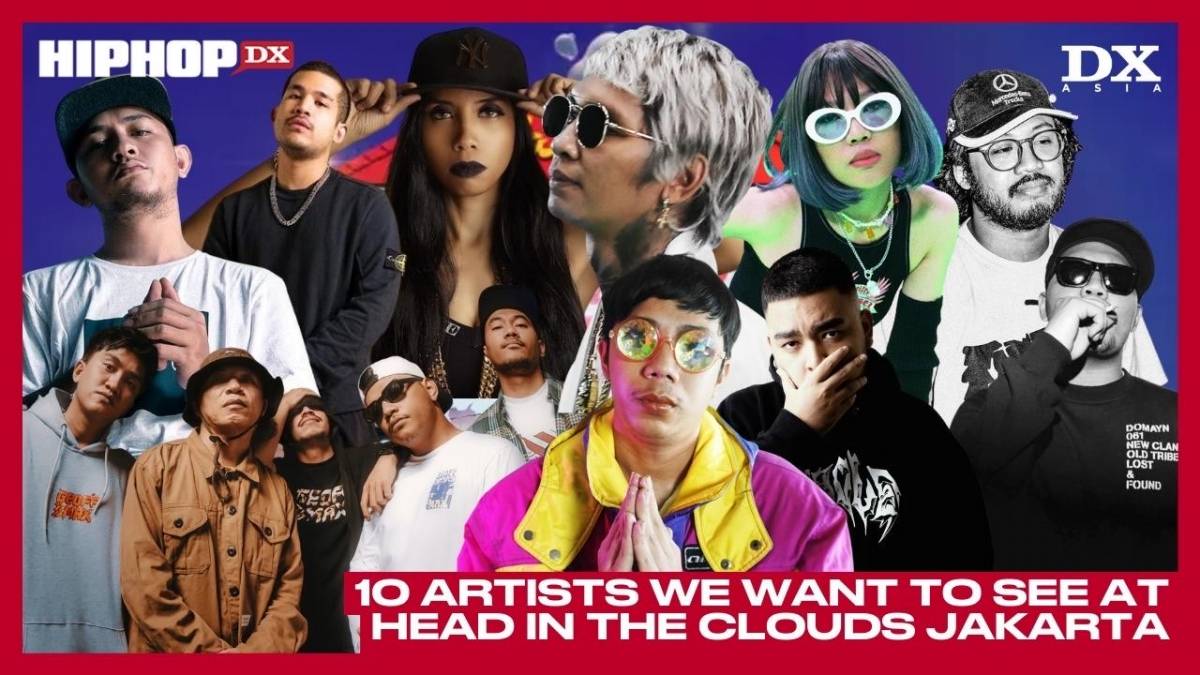 It’s been a busy week for music festival news! Shortly after Rolling Loud’s announcement of its expansion to Thailand next year (and we have 10 Thai artists we’d like to see perform), global hip hop and R&B label 88rising announced earlier this week (August 1) that its flagship music festival, Head In The Clouds, will finally be held in Jakarta on December 3 and 4 this year. The festival was originally slated to happen in March 2020 but had been indefinitely postponed due to the COVID-19 pandemic.

TO JAKARTA WITH LOVE ❤️❤️❤️

HEAD IN THE CLOUDS JAKARTA

2-DAY PASSES ON SALE THIS THURSDAY 10 AM JKT TIME at https://t.co/saFC4KNQGv pic.twitter.com/x9Q1VFcP7W

Tickets for the event went live on the morning of August 4. A few minutes after the website went live, 88rising tweeted that their ticketing partner’s website received heavy traffic, which resulted in some fans receiving an error message on their screen.

More tickets on sale now- if you are getting an error keep trying, the site has a lot of traffic!

With the excitement around the event palpable even without the announcement of a lineup, we can only expect 88rising fans to throw their support behind the label’s biggest Indonesian flagship artists such as Rich Brian, NIKI, and Warren Hue.

Beyond these artists, Indonesia boasts of a rich and thriving hip hop and R&B scene that could represent the country well on one of the biggest stages in the global music industry. With that, here are 10 Indonesian artists on our wish list to perform at Head In The Clouds Jakarta.

RAMENGVRL is known for her glitchy, high-energy beats that translate effortlessly on the big stage. Her performances reflect the unapologetic persona she’s known for online. She’s a seasoned performer in festivals and concerts all across Southeast Asia, and just recently announced her Kuala Lumpur tour.

A JEREFUNDAMENTAL set is all a hip hop fan can ask for: unstoppable rhyme schemes and bellowing delivery, one that translates from record to the stage.

The Indonesian MC commands the crowd with his gritty lyrics and old-school spirit. JEREFUNDAMENTAL is a staple in the country’s hip hop scene and a veteran performer with just a little over 15 years of live experience under his belt—what more can we ask for?

Tuan Tigabelas is another crowd favorite on this list. As one of Indonesia’s most prolific and socially conscious rappers, fans love the energy, enthusiasm, and message he delivers on stage. A seasoned performer through and through—from his early days as part of hip hop group R.E.P. to venturing as a solo artist—Tuan Tigabelas is never afraid to interact with his co-performers and engage the crowd.

One of Indonesia’s pioneering female rappers and women’s rights activists, Yacko brings tenacious energy to every live performance. As an educator herself, Yacko uses her craft to convey relatable stories and bravely call out the injustices that women face every day. Her staunch messages make her performances indelible, engaging, and rousing.

As a sought-after producer in the country’s music scene, Mardial’s undoubtedly festival-ready dubstep roots shine through his high-energy performances in front of and behind the mic. His live events in Indonesia’s gig culture can only be described as a cacophony of voices, his crowd passionately rapping along to every bar.

Bilingual rapper BAP. is known for his edgy performance style and witty remarks in-between sets. The quality of his production and flow is this author’s personal favorite, with his live performances in gigs and concerts all over Indonesia characterized by a highly engaged crowd, especially festival audiences.

Def Jam Indonesia artist A. Nayaka or Ariel Nayaka can only be described as explosive. The Indonesian rapper brings the heat at any live performance, using the stage to his advantage as he hits his mark with his several hits.

He made history in Indonesia with his album Cadence Blue being the first hip hop album to be nominated for the prestigious Indonesian Music Awards.

BLVCKMINDS music collective founder and leader Gbrand made his rounds doing cyphers on ALLDAY MUSIC’s Jakarta Cyphers, the country’s first hip hop cypher show. The Gbrand-led collective’s style gets up close and personal with the audience without sacrificing a great performance.

Young Lex is arguably one of Indonesia’s biggest rap stars and entrepreneurs. He joins this list’s roster of seasoned performers, rapping in festivals, malls, concerts, and more. He represents Indonesia with pride, even holding the country’s flag for the 2015 edition of YouTube Fanfest Indonesia. Young Lex brings swagger with every performance and thunderous cheers from his fans.

Rap group Mukarakat is one of Indonesia’s most acclaimed and beloved hip hop acts. The five-piece collective composed of rappers Lipooz, DirtyRazkal, D’Flow, I’m Rapholic, and Dj GeraMar is known for infusing Indonesian culture with their old-school hip hop beats. They’re a staple in every Indonesian festival or concert and turn the crowd up with how comfortable they are with playing off each other’s energy.

While fans await the festival’s official lineup of artists, we can’t wait to see how 88rising will continue raising the flag for Asian artists on the worldwide stage. Discover more Indonesian artists on our list of 10 Indonesian Hip Hop And R&B Artists To Check Out Now.

Tickets for Head In The Clouds Jakarta are available now via Blibli.