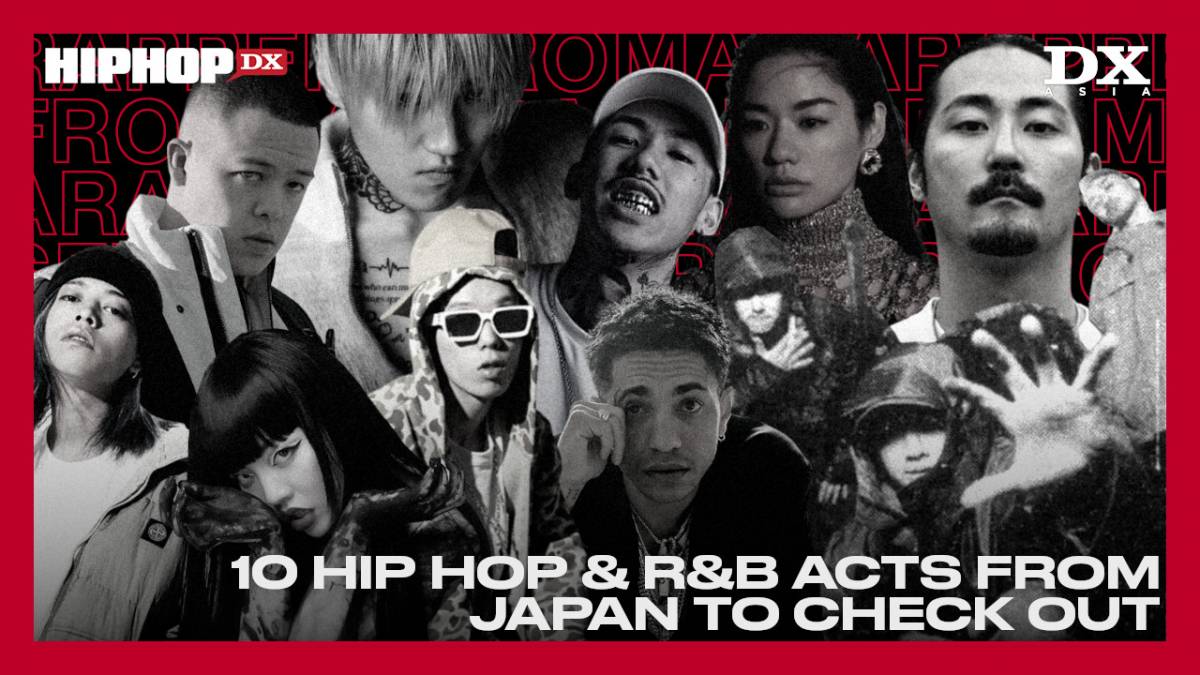 So far, we’ve extensively covered the hip hop scenes of Nepal, Thailand, Cambodia, Vietnam, Malaysia, Indonesia, India, Taiwan, and Hong Kong, and we’ve seen how hip hop has found a home in Asia that is tailored to the cultures and contexts of these countries. This time, we’re going to Japan, where the popularity of the genre mirrored the nation’s economic expansion.

Hip hop immediately appealed to Japanese society, particularly fans of the country’s burgeoning breakdancing scene in the 1980s. The genre gained popularity in the country thanks to DJs returning from the United States, who would eventually play popular hip hop records in Tokyo discos, as well as a growing interest in cultural exchanges through popular media such as the classic hip hop film Wild Style.

Since then, the genre’s influence has spread to other street subcultures and fashion scenes, particularly in Tokyo’s renowned Harajuku district. Lex, Jin Dogg, Awich, RYKEYDADDYDIRTY, JP THE WAVY, CHANMINA, Lamp Eye, KOHH, Miyachi, and Hideyoshi are just 10 Japanese hip hop and R&B artists who are building on this rich history today to show how hip hop’s influence has spread across the country. 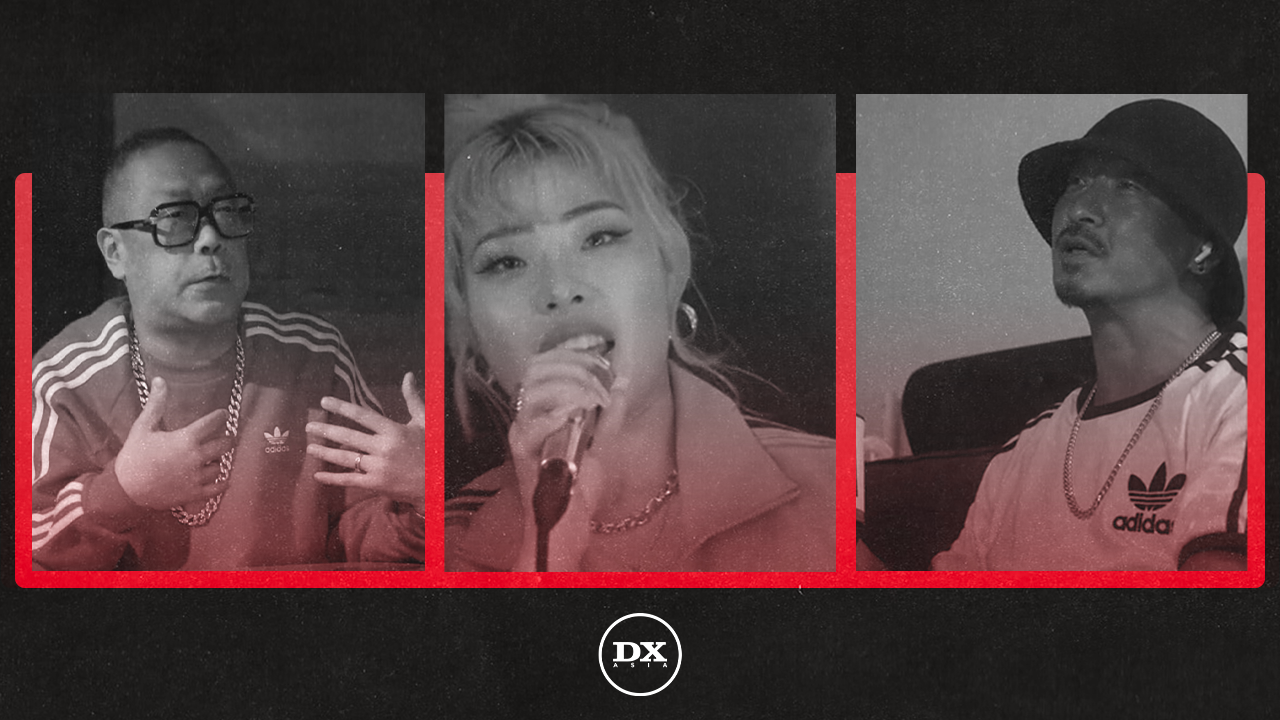 Born in 2002, Kaganawa native Lex is a rising rapper who made his debut in 2018. Like many artists his age, he first started posting his original tracks on SoundCloud. As part of a generation of young artists who got their start online, he started posting his original music on SoundCloud at the age of 14, and went on to release his debut album LEX DAY GAMES 4 in 2019 when he was just 16 years old.

He has previously worked with established Japanese rappers like Leon Fanourakis, SANTAWORLDVIEW, OZworld, and ¥ellow Bucks during his career, solidifying his position as the representative of a new generation of musicians that are capable of holding their own regardless of their age.

Japanese-Korean rapper Jin Dogg is known for bending and defying genres in hip hop, and is recognized for his equally impactful performance style. He debuted in 2012 as a then-emerging act in Osaka’s local hip hop scene with his Welcome to Bang Bang I.K.N. EP. This marked the start of an exciting career that would see the musically non-conforming Jin Dogg take musical aspects from electro rap cuts to hip-busting beats from the 1990s.

As a songwriter, the multilingual rapper (he reportedly speaks English, Japanese, and Korean) also has never shied away from using his music to get brutally honest about themes ranging from societal ills to everyday norms that can often make us feel constrained in our personal relationships.

Jin Dogg’s track “街風” (Street Style) featuring REAL-T made it to HipHopDX Asia’s list of “20 Best Songs of 2021,” wherein we commended the MC for his caustic bravado, which is, in a word, engrossing.

Awich, an Okinawan native who has long grappled with her own cultural identity in Japan, has always leaned toward nonconformity and pushed the limits of what it means to be a female rapper in a male-dominated industry.

She started writing songs on her own in 2006 and is currently known as the “number one Japanese female rapper,” but her career really took off in 2017 when she became the only female member of the hip hop group Yentown. Since then, Awich has kept examining themes of women and autonomy in her work.

Her video “口に出して” (roughly translating to “Cheers to the Mouth”), made it to HipHopDX Asia’s list of “20 Best Music Videos of 2021,” where we wrote: “Refreshingly, the video advances representation of Japanese women who lean into their sexual power, contrary to the submissive and one-dimensional ideal of Japanese women often portrayed in popular media and expected in the conservative Japanese society.”

Japanese-Kenyan rapper RYKEYDADDYDIRTY raps about themes that challenge the materialism and grandeur spouted in hip hop music like in his hit “All Gods Bless Me,” offering new perspectives on the genre.

Previously known as “Rykey,” the rapper began making music at the age of 17 with frequent collaborator and producer Jigg and has since built a fan base who relate to the level of introspection he reveals in his lyricism. This year, he released his latest self-titled album, which features REAL-T, Tao, and MU-TON.

JP THE WAVY, now widely regarded as a major force in Asian hip hop, shot to prominence after his 2017 smash hit “Cho Wavy De Gomenne” went viral. Although he didn’t debut until 2011, the rapper has already defied the “one-hit wonder” stigma by working with other Asian acts like South Korea’s Jay Park and Sik-K and fellow Japanese rapper Miyachi. In 2019, he made his debut at the South by Southwest (SXSW) festival in the United States and toured the country briefly.

Last year, the rapper released “Bushido” with Good Gas, their contribution to F9: The Fast Saga, which gave a nod to Teriyaki Boyz, the first Japanese music act to appear in the Fast & Furious OST in 2003.

JP THE WAVY made it to our roundup of “20 Best Songs of 2021” for his track “WAVEBODY (Remix),” featuring OZworld, LEX, and ¥ellow Bucks.

Since 2016, her music has been resonating with fans, thanks to her incisive and vivid storytelling. Her hit single, “Bijin,” exemplifies her strengths as an artist. The single made it to our list of “20 Best Music Videos of 2021,” where we wrote: “CHANMINA crafts a satirical critique of how oppressive standards of physical beauty can be on young women while coming into her own as an artist at the helm of her own visual narratives. Both empowering and enraging, ‘BIJIN’ invites viewers to reflect on the dangers these ‘standards’ pose on our society today.”

Formed in 1993, pioneering hip hop group consisting of members GAMA, Rino Latina II, and DJ YAS crafted a Beastie Boys and Wu Tang Clan-inspired sound that breathed life into the country’s young hip hop scene then. The group famously banded together in the Roppongi night club “Droopy Drawers,” and this area in Tokyo would witness their meteoric rise to success as they went on to produce hip hop classics like “証言” (Shogun) in 1996, featuring fellow legendary rappers like KAMINARI, TWIGY, ZEEBRA, and YOU THE ROCK★.

In 1993, GAMA, Rino Latina II, and DJ YAS formed Lamp Eye, a groundbreaking Japanese hip hop group that drew inspiration from the likes of Beastie Boys and Wu Tang Clan to create a sound that revitalized the nascent scene at the time. The group famously banded together in the Roppongi night club, Droopy Drawers, in their early days, spending time with fellow hip hop heads.

Lamp Eye went on and produced Japanese hip hop classics like “証言” (Shogun) in 1996, featuring fellow legendary rappers like KAMINARI, TWIGY, ZEEBRA, and YOU THE ROCK★.

Rapper KOHH started making music at the age of 18, using it to document his life in a low-income area of Tokyo. Although this aspect of Japan is rarely depicted in mainstream music and media, the rapper’s openness to his heritage has struck a chord with listeners everywhere. His early exposure to murder and violence shaped him as an artist, and his songs offer insight into the realities of life in Japan that are often overlooked by Western audiences.

Japanese-American rapper Miyachi is fearless in his uncompromising revelation of Japanese society, whether through his commentary of Japanese work culture in “Mainichi” (Every Day), the stresses of a global capitalist order in “Chu-Hi,” or his street-style ambush interviews in his YouTube show, KONBINI CONFESSIONS.

His 2021 track, “WHAT HAPPENED,” “echoes a collective weariness of an overwhelmed and overworked cogs in the wheel.”

Hideyoshi, a member of the Tokyo Young Vision rap crew, is well-known for his drill hits and exudes the same dogged determination as the historical figure whose name he shares. The rapper took his stage name from the 16th century samurai Toyotomi Hideyoshi, who is known as the “Great Unifier of Japan.”

Hideyoshi’s music is characterized by introspective lyricism and a goal of rising to the top of Japan’s hip hop scene. His work draws inspiration from a wide range of genres, including drill, punk, rock, and alternative, and he has a large and dedicated young fan base that also follows his rapidly ascending rap crew. His first full-length album, Never Be the Same, came out in 2018, and it featured guest appearances from rap veterans AK-69 and SKY-HI. This was followed by two more albums, Dead End Adventure in 2020 and Resurrection this year.