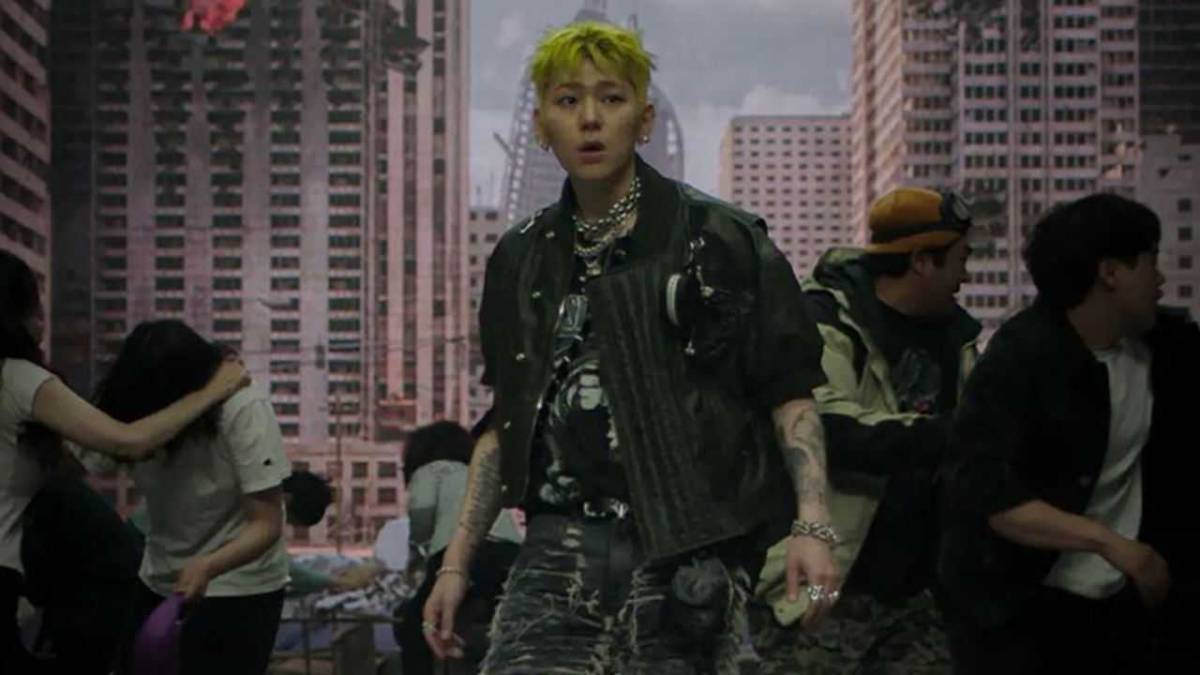 On the day of the EP release, he also dropped an apocalypse-themed music video for the title track “괴짜 (Freak).” This is the 4th EP from the artist, following 2020’s Random Box and his second official EP under his label, KOZ Entertainment.

The EP is composed of 5 tracks, with features from rapper-producer CHANGMO and Zior Park. According to the tracklist released by KOZ Entertainment, “Grown Ass Kid” has ZICO writing, composing, and arranging almost every track, with other featured artists or producers coming in to help out on specific songs.

Last week, ZICO premiered “Seoul Drift,” the first single and music video from the EP, which is set in Seoul in the near future.

On July 25, KOZ Entertainment released a statement regarding the cancellations of ZICO’s upcoming performances after testing positive for COVID-19. According to Soompi, this includes music show appearances scheduled this week to support the EP release. Read the full statement below:

Hello. This is KOZ Entertainment.

This is with regards to Zico’s positive COVID-19 test and his upcoming schedule.

On the morning of July 25 (Monday), Zico tested positive on a self-test kit and was diagnosed with COVID-19 through a rapid antigen test. Currently, Zico has a mild sore throat and body aches and is being treated at home. Zico’s fourth mini album ‘Grown Ass Kid’ will be released as scheduled on July 27, but his appearances on ‘M Countdown,’ ‘Music Bank,’ and ‘Inkigayo’ this week have been canceled. We will make another announcement when the artist resumes activities.

Our artist’s health is priority and we will do everything we can to support Zico’s quick recovery. Additionally, we will diligently follow the requests and guidelines of healthcare authorities.