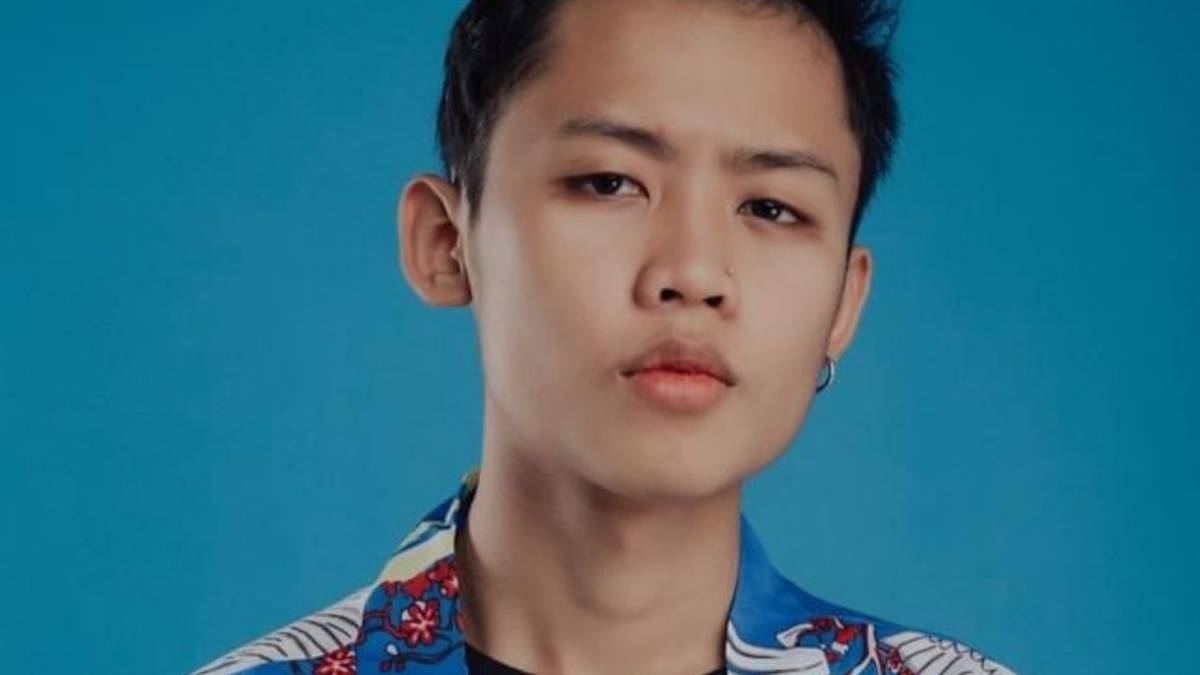 “I want to rebuild the golden age of hip hop in Myanmar before I’m gone.”

Yung Hugo, real name Saw Alex Tu, makes a determined—and poignant—statement, one that not only alludes to his career, but as a representative of the Karen people, one of Myanmar’s ethnic communities and one of its most distinctive: with its unique heritage, customs, traditions, and its own group of languages.

While an identity-based story is not atypical to many rappers’ prevailing narratives, Yung Hugo’s herculean goal is less about the search for it, but more of an awareness endeavor. And as a rapper whose main tool is his lyrics, writing and performing songs in the Karen language is the first step. “Mainly, I want the Karen language to be popular. And the Karen youths nowadays need to value their language,” he tells HipHopDX Asia.

The title of his upcoming sophomore album, Make Karen Great Again—out in July—carries a baggage, at least the original tagline’s implications weaponized by the former U.S. President. But the difference between the American and Karen people’s realities cannot be more pronounced, with the latter continuing to be subjected to ethnic and religious persecution from the Myanmar government, many fleeing their communities and displaced.

Yung Hugo flips the MAGA sentiment into a staunch rallying call for his community who have historically been repressed, a plea to preserve their heritage. Equally, the ongoing military coup that brought back Myanmar in military rule last year, after a decade of democratically-ran government, brought many citizens including Yung Hugo in the streets to disavow the junta.

During this time, Yung Hugo has already been enjoying relative mainstream success, reinforced by the release of his debut album Blessed in 2020. He broke out in 2018 with “Sold Out,” a trap number that emulates its American influences, with a few English phrases and references to appeal to a wide audience, followed by the TikTok-friendly “Just Friend,” featuring EilliE.

In-between, he put out “Yabwar Kalu” (My People), a Karen-language track with indigenous instrumentals that became a hit in Myanmar, inciting an overwhelmingly positive response. Many commented on the video that despite not understanding the language—one pointed out that although they’re Karen they speak Pwo Karen, whereas the song is in S’gaw Karen, an entirely different ethnolinguistic group.

Yung Hugo spoke with HipHopDX Asia to share his background, what he wants for people to know about Myanmar hip hop, his latest album, and his Karen heritage.

This interview has been edited and condensed for clarity.

How did you get introduced to hip hop?

When I was young, everyone around me when was into rock, especially my brother. There was a rock musician called R Zar Ni, who was my brother’s favorite. He bought and played a tape of a song by R Zarni and Acid, who’s a first-generation Myanmar hip hop artist.

I was about 4 or 5 years old, I don’t remember much, but I thought that the people were singing like they were talking. My dad, who’s a sailor, explained that it’s African-American music called hip hop. I started listening then to a lot of second-generation hip hop songs but had to focus on my academic work at secondary school at the time, so I lost track.

Which hip hop artists influence you and your music?

Tell us about how you first started making music and how it was like early on.

I made my official debut with “Ballin’”—which I released in September 2017, but I started working on hip hop songs in 2015 when I was 14. At the time, I was still focused on school but things changed when I was transferred to a private school. I sat with boys who were so crazy about hip hop and eventually got “hip hop affection.” I still thank them for that.

In the beginning, we never got tired of making songs, saving our allowances for studio fees in the holidays. That was so marvelous. Whatever the weather was, we hopped on a bus and went to the studio, though I had to be back home early. But the back of my notebooks then was filled with rhymes. My mother scolded me when she saw that.

After “Ballin,” I released a single album called Jenny. And in 2018, I collaborated with the coolest music producer in Myanmar [JCZ] to make a mixtape album called Sold Out. Along with “11:11” from that album were my hits among the youth and also my favorites.

The pioneer of Myanmar hip hop is Acid. I’m fourth-generation. Everything, including fashion and rap flows, changed with mainstream culture. It has only been a few years since people accepted trap music here.

I remember when I was young, the hip hop shows were the coolest shows in the city, where the coolest rappers, coolest girls, and fans from every corner of the country gathered. For me, 2010 to 2015 were the golden age of hip hop but I was told during these years, there were no shows. I want to rebuild the golden age of hip hop in Myanmar before I am gone.

What do you think makes Myanmar hip hop special or different from American hip hop?

The difference with American hip-hop, hmm. When American hip hop reached Myanmar, it got mixed with Burmese culture to form something new. It is not identical to American hip hop. Burmese rap has its own system of rhymes and lyrics.

Who are other Myanmar hip hop artists (rappers, producers, etc.) that we should check out?

I want you to check out Nay. He is a rapper from BG18 record label [Yung Hugo’s label] and also a music producer. He is also my senior, and he’s got more knowledge.

You announced that you have new music coming out. Tell us about your upcoming album.

It’s a Karen language album to be released under BG18 in July. The title is Make Karen Great Again. Mainly, I want the Karen language to be popular. And the Karen youth nowadays need to value their language.

What do you want the rest of the world to know about the Karen people: the culture, the language, the music?

We, Karen people, have our own history, traditions, arts, and languages. Who will value them if we, Karen youth, don’t? We have to take our part in conserving what our ancestors worked hard to develop. For now, it’s “Let’s Make Karen Great Again.”