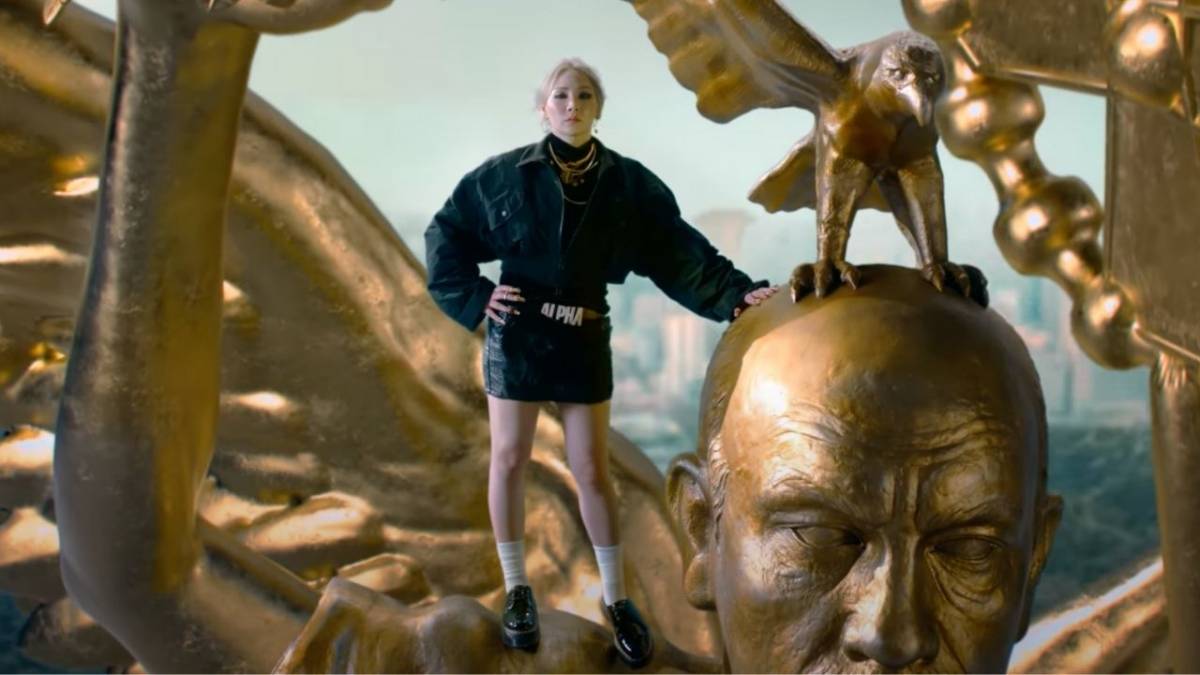 CL Gets A Call From Her ‘No.1 Fan’ John Malkovich: “I’m Very Proud Of You”

Post-video launch, CL shared her video call with award-winning actor John Malkovich on Instagram. The actor congratulated her on the song’s release saying, “First of all, I’m your number one fan,” he gushed. “I’m very proud of you. I’m very delighted to see you back recording, singing, and dancing. It’s really moving for me, and I’m very proud of you,” he told the K-pop veteran.

The track’s accompanying music video starred Malkovich. The actor provided the song’s opening narration and appeared as a gold-statue version of himself.

Malkovich and CL first met during the filming of the 2018 action movie Mile 22. The pair have since developed a strong friendship. In December 2019, CL shared a photo of her and Malkovich alongside a text screenshot. The message read, “You’re better than you think, dear.” He added, “You’re still you, and that’s a great thing.”

CL will unveil her second single off ALPHA next month, with a full album release in October.